The Biennale de Paris [soon to be replaced by EX.Paris – Ed.] has ceased to exist without reaching its 50th anniversary. 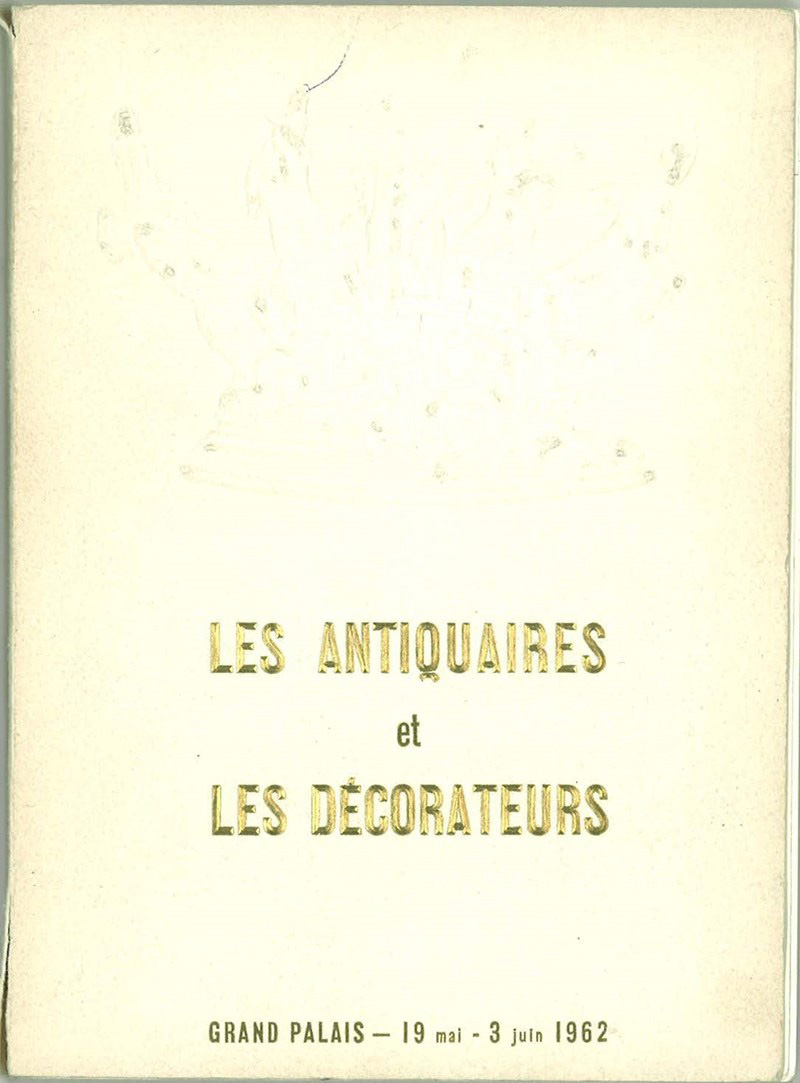 The younger generation never experienced its first splendors, when the Grand Palais in Paris hosted an ephemeral museum bursting with treasures recently brought out of private collections by gallery owners and antique dealers. The first edition in 1962 was inaugurated with great pomp by the then French Minister of Culture, André Malraux. Its gala dinner was a major social event. Aaron, Gismondi, Kraemer, Perrin, Rossi, Steinitz and Ségoura dominated the profession, with Ségoura serving on occasion as a justice of the peace.

The Biennial did not die a natural death, but rather a long and painful one. There were several factors of comorbidity. Unchallenged in its early days, it then found itself facing formidable competition from TEFAF Maastricht, which focused on effectiveness rather than ceremonial splendor (it remains to be seen how far its image will still be affected by the super-cluster it incubated early in the pandemic) and Frieze Masters in London. But it survived. However, the Biennale was long weakened by a typically French singularity: the intrigues that tore apart the National Syndicate of Antiques Dealers (SNA), to which it provided an abundant cash flow. The hatred fed by repeated assaults on the management team, plus the successive turnarounds in the majority and changes in the president, all made it chronically unstable.

Every year, the distribution of stands gave rise to recriminations, depending on the strategic position of each one in the circuit. The control of objects at the entrance regularly led to secretive dealings behind the scenes, with the experts being blamed.

“But symbolically, what really sounded the death knell of the Biennale was the scandal of the fake royal furniture.”

When the fair expanded to include newcomers, there were complaints about the arrival of smaller dealers. When it drew back into itself, those excluded grumbled about the monopoly assumed by a handful of large Paris dealers. It also had to constantly adapt its organization to the dilapidated state of the Grand Palais, where restoration work was interrupted by the inconsistent approach of the Ministry of Culture.

One time it invited the top jewelers, who revived a profile it could no longer maintain. Everyone howled in protest. Then it kicked them out, to general lamentation. On a third occasion, it tried to get them to return, but to no avail. For a long time, the introduction of the even annually was a highly controversial topic. For some, it trivialized an event whose rarity underlined its elitism; for others, it was crucial to adapt to an increasingly competitive environment. However, it still survived as best it could, with an endless flow of rumors and disputes on a par with the irredentist folklore of a Gallic village. The Covid-19 crisis probably sealed its fate, when it tried to make do with an online event with Christie's. It ended badly.

But symbolically, what really sounded the death knell of the Biennale was the scandal of the fake royal furniture. Neither the fair—nor the Paris market, in fact—has ever recovered from this disaster, which hit Aaron, Kraemer and Lupu hard, and led to a crisis of confidence. The leading international clients found themselves victims, along with the Palace of Versailles [to which six certified 18th century forgeries were sold for €2.7 M – Ed.]. The opprobrium precipitated a switch of taste from furniture and objets d'art from the Ancien Régime to 20th-century decorations, which in turn saw a flourishing crop of counterfeits. Both the innocent and the guilty are paying the price. Forgery has claimed victims like Knoedler and the Biennale, and will claim others if nothing is done to stop it.

Biennale Paris, 2019 Version
Not to be missed
Opinion