Let’s take a look at the next edition of Biennale Paris – now less than four months away – with Mathias Ary Jan, Chairman of the Syndicat National des Antiquaires, who wants it to be the international kick-off of the new autumn season. 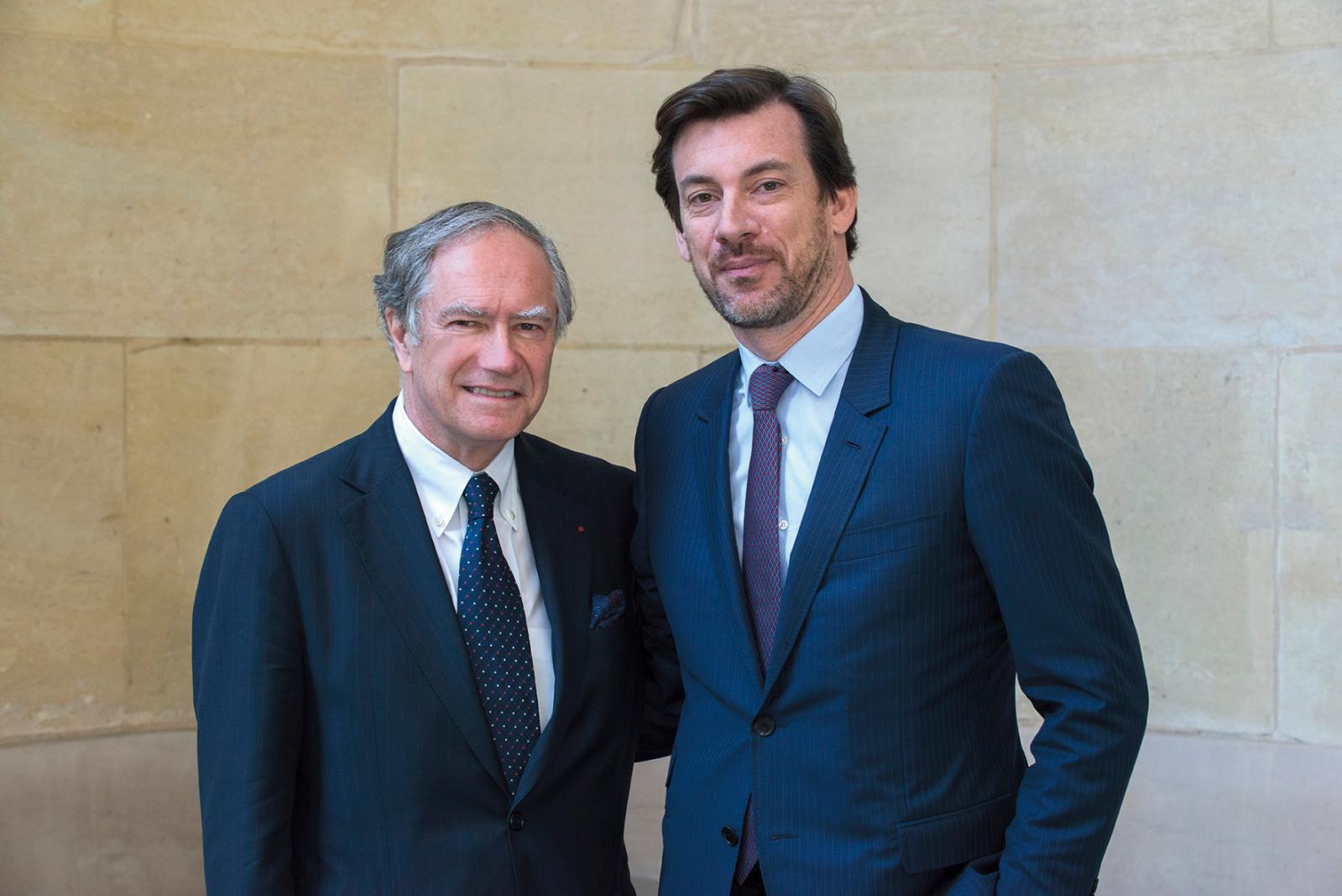 A year ago, few rated the chances of the 2018 edition of the former Biennale des Antiquaires, now renamed Biennale Paris after it was made annual. Then lagging behind the all-powerful TEFAF Maastricht, it was disparaged by some within the very Syndicat National des Antiquaires, which organises it, to the point where “Biennale bashing” seemed to have become a national sport. Despite the toxic climate, Biennale Paris opened on 8 September 2018 in style, after a traditional gala dinner that proved a real success. So what about the 2019 fair? Firstly, as SNA President Mathias Ary Jan has pointed out, it needs to move on: “If we wanted to reproduce a Biennale as it was twenty years ago, it would be impossible, because many of the leading antique classic furniture dealers providing the major displays that were the fair's trademark have either closed down, or changed direction, or withdrawn from the scene after the fake Versailles chair affair.” Much was also written about the absence of the top refined jewellery companies – another historic marker, and considerable backers, to boot. There are no plans for them to return: “These companies now have other priorities. Collections come out earlier, in July, so the Biennale can't be the springboard it used to be for them; they are now presented in Monaco or China in August. Secondly, these top brands no longer work in groups but independently, with tailor-made exhibitions.”

New Format
“We are adapting. It's true, the old model will be missed, but the Biennale must continue to capture the light. So we have decided to energise it in a different way. First of all by changing the format: the Biennale was taking place earlier and earlier in September because of the schedule for the Chanel runway show at the Grand Palais, which caused problems for exhibitors because of the summer holidays. For foreign galleries, coming to Paris for two weeks costs a lot. So we decided to shorten it and start in mid-September.” A high point of the 2018 edition was the gala dinner staged in partnership with Aliph, a Swiss foundation chaired by billionaire collector Tom Kaplan, dedicated to the historic monuments destroyed in war zones. “A lot of sponsors made the trip to support this noble cause. Its success has made us even closer partners with Aliph. So there are two entities supporting the dinner and attracting leading collectors from all over the world. The Foundation wouldn't risk laying on a gala dinner if the Biennale weren't a major international fair.” In addition, an exhibition policy was introduced three years ago. It started with an institution, the Hermitage, and was followed by a dynasty of collectors, the Barbier-Muellers, and last year a self-educated collector, Pierre-Jean Chalençon. There will be further strides this year because the guest of honour is a country, Bahrain. “It will have an area of 400 square metres where it can exhibit its history and traditions as well as contemporary artists, showing off its rich and varied culture. It will also be the main focal point for the new staging.”

Looking to the Future
One aspect new this year is that young dealers are being invited to exhibit at the Biennale: “Hervé Aaron had the idea of creating a springboard like this, and I think it's a marvellous approach. We are reactivating this initiative with a dozen highly specialised French and international galleries, which will be exhibiting their works in areas of 10 square metres.” The vetting committee introduced last year, which excludes members of the Board and exhibitors, is still overseen by Michel Maket, Chairman of the SFEP, and Frédéric Castaing, Chairman of the CNE. “It's proof of independence, involving work based on truth and transparency carried out in total freedom. An analysis lab will again be involved for the scientific expertise, and Art Loss Register for the provenances.” The Biennale Commission created two years ago is still chaired by Christopher Forbes. “This year, two women have joined us: Judy Price, an erudite American socialite, and Becca Cason Thrash, a member of the American Friends of the Louvre Board. We have also set up an honorary committee this year: a third are collectors, a third of institution and museum representatives and a third leading interior designers. It is chaired by a great patron and collector, the Prince of Arenberg, whose role is also to support the Biennale.”
For the staging, the plan used last year, acclaimed for its fluidity and freedom from blind spots, will be repeated this year. On the other hand, a new service provider is being brought in, Stabilo, a stand construction specialist. “This will be something completely new for the Biennale,” says Mathias Ary Jan. “The exhibitors will have the use of an open space that they can adapt as they like – for example, Benjamin Steinitz will have a chance to create his magnificent wood panelling. The exhibitors are our clients and must be treated with every consideration.” The partnership with the Maison & Objet exhibition will also continue. “We are lucky enough to be in the last capital in the world with a network of galleries and dealers like this. The Paris market needs to start thinking as an entity.”