The gallerists have preferred staying in Paris and keeping things in the family rather than opening up outposts abroad. Today they run one of the city’s Top Ten galleries and have made a name for themselves on the international scene. 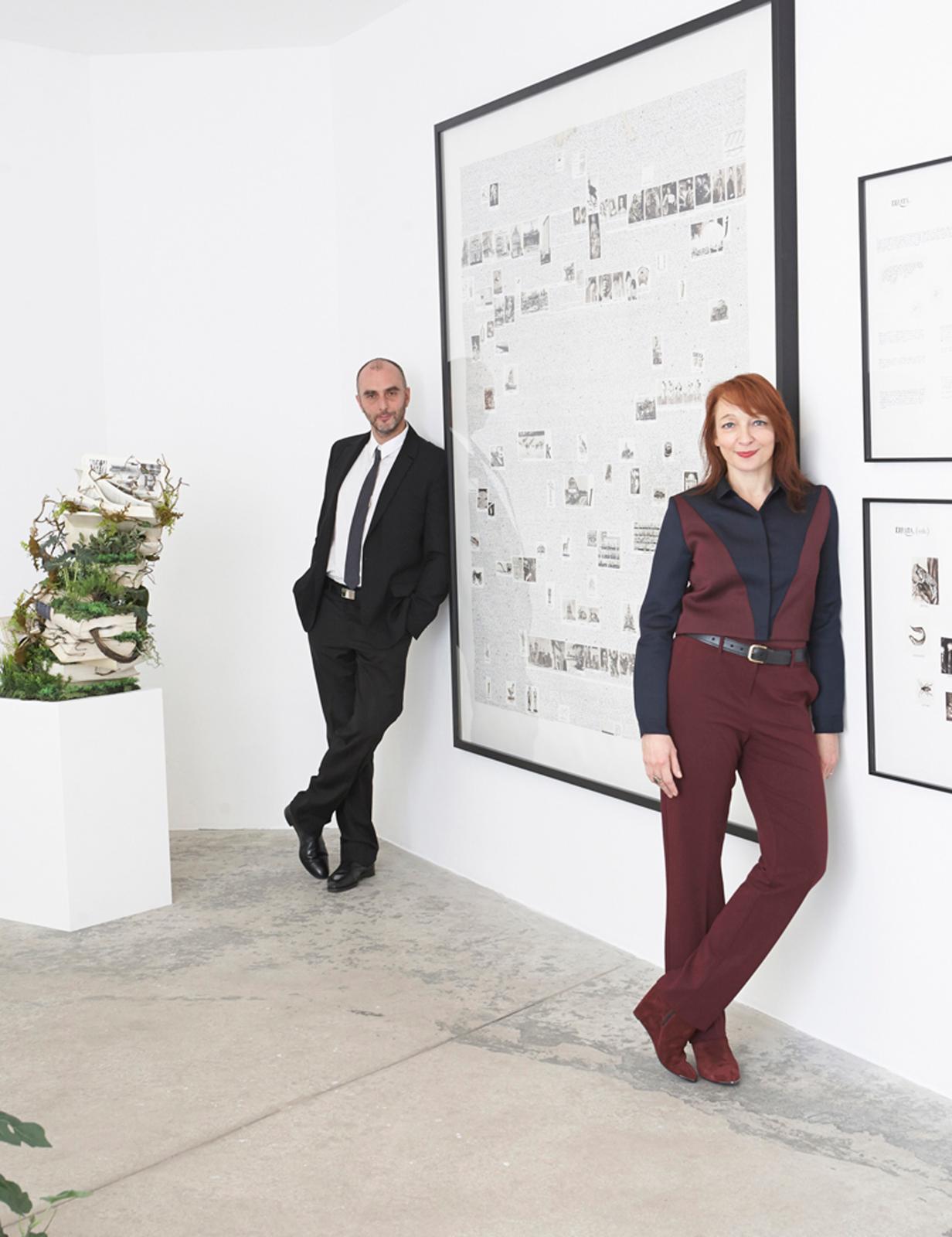 How would you describe the adventure that began 30 years ago?
Nathalie Vallois. You used the right word: "adventure"! We opened the gallery during a crisis in September 1990. We’ve been through some tough times, to say the least, but we’ve hung on and I don’t have the feeling at all that 30 years have gone by. I’m as enthusiastic as ever.
Georges-Philippe Vallois. True, we opened in 1990, but I think we started building our true identity in 1992-1993. Since then, we’ve held the first gallery shows in France of artists such as Alain Bublex (1992), Gilles Barbier (1995), Keith Tyso (1997), Julien Berthier, Virginie Yassef (2002), Pilar Albarracín (2009), Henrique Oliveira (2011), Taro Izumi (2013), the Iranian duo Peybak (2015) and Lucie Picandet (2016). We also pioneered how the California scene is viewed, with Paul McCarthy, Martin Kersels, Richard Jackson and Paul Kos, and the rediscovery of American hyperrealists John DeAndrea and Robert Cottingham. A commitment to the new realists is in the gallery’s DNA. They account for 30% of our sales and 50% of our turnover. We’ve exhibited them since the beginning, with Arman, César and Dufrêne, and we’ve represented Jacques Villeglé since 1999, the estate of Niki de Saint Phalle and Jean Tinguely for over eight years, and, more recently, Peter Stämpfli, who is close to the movement.

Why did you open your gallery in Saint-Germain-des-Prés?
N. V. It was already an eclectic neighborhood where collectors could find African art, archeology, modern art and antiques side-by-side. We wanted to bring them to contemporary art. That ruffled some feathers! The first time we exhibited Arman’s concrete sculptures, for example, we were insulted. But great collectors of African and modern art eventually became interested in our artists and have remained loyal ever since.
G.-P. V. We opened at a time of severe crisis. We were deep in debt because we’d bought a gallery 20 meters from here but by the time it opened, after five months of renovation work, the crisis hit. Our turnover was divided by six. We were in a state of virtual bankruptcy. It was awful but it was a great learning experience and helped us grow. Given the overall situation, we were able to have access to artists like Paul McCarthy and achieve international name recognition after 1993-1994, enabling us to exhibit in Basel.

What’s the relationship between the new realists and the young artists you exhibit?
G.-P. V. I think we were the first among our young colleagues to have several generations co-existing in the same gallery, which earned us a lot of criticism and got us kicked out of Basel for about 10 years. For us, restoring the contemporary nature of these artists was a matter of course. Today, major galleries are managing their estates, which have become key assets in their commercial strategy. At Art Basel, we sold a sublime expansion by César to a large museum and Barbier’s L’hospice (The Hospice), as soon as the first Art Unlimited opened, to Martin Z. Margulies, one of the biggest collectors in Miami.

Does the French scene have enough support abroad?
G.-P. V. I think that’s a real concern. The issue isn’t about artistic quality, but opportunities to show work and to raise awareness of the importance of supporting a strong art scene. It’s about the legacy we leave to future generations in the quality of institutional collections, which can be enriched by our country’s attractiveness and therefore by future legacies. But it’s also played out from a commercial point of view, because the first market as we practice it is accompanied by the second, supported by the price of an artist at auctions. But if French artists are undervalued, the volume of sales by auctioneers will be down to a trickle in 20 or 30 years' time. After working with Bublex for 28 years, Barbier for 25 and Julien Berthier for 20, we think they deserve to have an exhibition at a Parisian institution. And they’re not the only ones.

Could you give us some examples of how your artists’ prices have changed?
G.-P. V. Twenty years ago we’d have a hard time selling a major work by Jacques Villeglé for FrF150,000. Today it’s worth €350,000. That’s quite an increase, but it’s not disproportionate given the artist’s importance. In recent years the trend has gathered speed as many international museums, like the Guggenheim in New York and the Tate in London, become interested in the new realists.
N. V. The same thing happened with Niki de Saint Phalle, whose prices range from €10,000 to €2 M. We imagine each show not as a retrospective but as an exploration of a coherent series of works. For example, we first presented Tirs (Shots) and Femmes (Women), and not just Nanas (Gals), which everybody knows. Our next show, in 2021, will focus on her earliest works.
G.-P. V. The first pages of Barbier’s dictionary sold for FrF14,000 in 1994 and an American collector quickly bought one at a fair in Chicago for FrF40,000. The Chicago Tribune wrote an article about us and we had an exhibition at the Santa Barbara museum. Today you’d have to pay €75,000. In the 1990s Bublex’s one-off pieces ranged from FrF8,000 to 10,000. Now his photographs in three copies sell for €28,000 to 35,000. If they were German or English you’d have to add a zero. But it’s important to note that French artists have staying power, unlike some others, whose prices are more speculative.