The Chicago-based Franco-Somali gallery owner is opening a Parisian branch on the highly desirable Avenue Matignon. We welcome the return of the prodigal daughter who champions contemporary African and diaspora art so well. 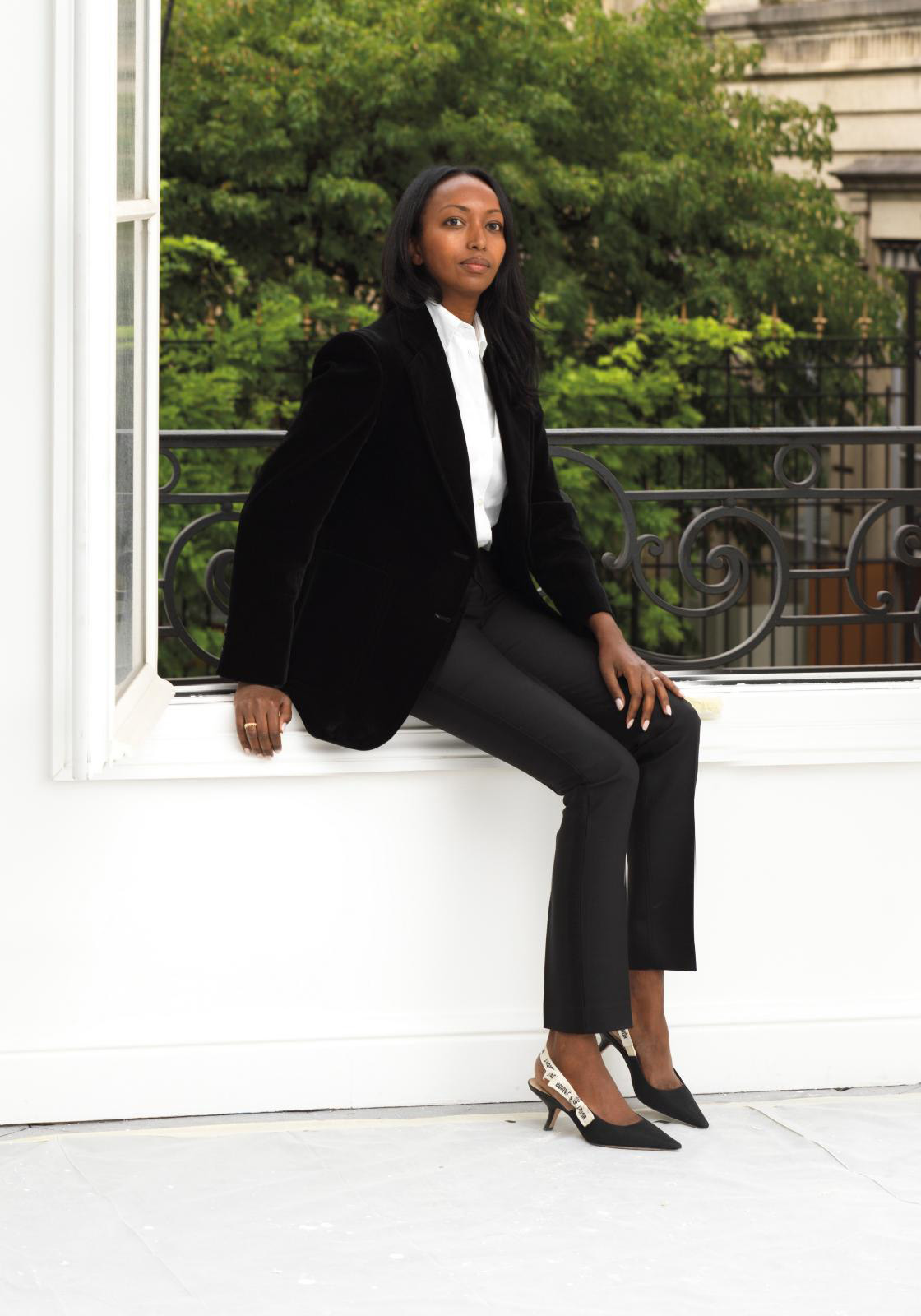 You left France ten years ago to open a gallery in Seattle. Wasn't the venture possible in Paris?
I had already started the venture in France, but it couldn't get very far because I could see there was a certain resistance to work by artists of color or from the African diaspora. I left because African-Americans had begun to make headway with institutions, which gave the country a cultural, social and artistic appeal. But I ended up in Seattle: a city that is ultimately neither diverse nor artistically inclined. I wondered how best to promote artists in a place that is not a platform like New York or Los Angeles, so I went looking for customers. The fairs helped me to present my program and meet collectors with a sense of curiosity who moved around. And you have to remember that this was during Barack Obama's first term (2009 to 2012—Ed.). Since then, we have experienced not a cultural revolution in the US, but a form of emancipation, with artists who have not been very visible until now—i.e. artists of color, LGBT+ and women. There has been a shift in the balance, and the place of diversity is no longer an issue for institutions or the art market. It will be very interesting to see how Paris and even Europe manage this wave.

Have things accelerated in recent years?
Yes. In the middle of a pandemic, when the world was in lockdown, no one could ignore the murder of George Floyd. The Black Lives Matter and #metoo movements completely changed the face of America and increased the bipolarity between those agitating for change and those against it. All of this emancipated and liberated Black artists, whether painters, actors or musicians. It was a significant and crucial period. I don't see it as a trend so much as making up lost ground.

Has this galvanized the search for works by these minorities?
Yes. I haven't changed my approach; it's society that has changed. As soon as Trump took office in 2017, I remember getting calls from collectors who wanted to support me. People turned towards diversity.

Are there more Black collectors now?
Yes, there are. I explained to them that this creation was part of their rich heritage and that it was important to collect artists who share a common reality that resonates with all issues of identity—but not only that. African American collectors immediately saw that they needed to take a stand and support these creators, and some began to invest in them. It's a decision that has been endorsed by record-breaking auctions (in May 2018, Past Times by Kerry James Marshall fetched $21.1M in New York—Ed.), while requests for loans of works from museums have given these artists a recognized, prestigious position. Secondly, there are some celebrities who are very active in the market, like Jay-Z, various top athletes, the rapper Swizz Beatz and his wife Alicia Keys. The couple created a foundation in 2014, the Dean Collection, and they are pioneers in terms of highlighting little-known artists. Works by these artists have become the heavyweights of their collection, which is now worth a colossal fortune. I don't know of any equivalent big names in France.

Has this keen interest had a significant impact on the market and prices?
Yes, there's no doubt. Whereas for a time nobody was interested in these artists, today there are waiting lists—even for young people just out of school. These millennials aren't experiencing the difficulties of their elders, some of whom had to wait five or six years after leaving art school to be represented in galleries. Since collectors are afraid that prices will shoot up, they pounce on these young artists immediately, so as not to miss out.

Could you give some examples?
We have been working with Jerrell Gibbs (b. 1988) for three years. During that time, we showed his work privately and placed his pieces in major collections and institutions. Once the groundwork was laid, we were able to set an exhibition date and launch him. We focus on three categories: institutions, young collectors and Black collectors.

How have prices developed for this artist in three years?
They have more than doubled and now range from $7,000 to $65,000 (€55,000) for large works. Jerrell Gibbs claims the legacy of Impressionist painting and defines himself as "a Black Impressionist". Amoako Boafo (b. 1984) is another example: he is identified and recognized for his way of approaching figuration, the surface and the composition. He is followed by Ghanaian artists who have destructured Black figuration and instead of making it appealing, have brought a form of abstraction into figuration.

Is American collectors' purchasing power much greater than that of the French?
European galleries seek out American collectors because they have enormous purchasing power and considerable influence on museums' decisions. There are many of them in the major cities: in Los Angeles alone, for example, there are 150. Unlike France, where galleries are immediately sidelined, in the US there is a collaborative relationship between the artist, the collector, the curator and the gallery owner based on a common interest. It's a different structure.

Having already participated in the FIAC and Paris Photo, you are familiar with the European public...
I avoided Paris for several years. We took part in fairs in London, Dubai, South Africa and Mexico, but then in 2019, we attended FIAC and Paris Photo. It was a huge reunion! We were also involved in a collaboration between Amoako Boafo and Dior for the 2021 Spring-Summer menswear collection, and in an LVMH Arts residency in 2020 with Raphaël Barontini, whose exhibition at the Studio des Acacias ended this summer, in partnership with the Reiffer Arts Initiative endowment fund.

Is that when you started thinking about opening a gallery in Paris?
We thought about it carefully during the lockdown and were then lucky enough to find a place on the Avenue Matignon. As a new gallery, joining prestigious colleagues like Emmanuel Perrotin and Kamel Mennour and entering the big league is both intimidating and exciting! I can't say it often enough: I think Paris is incredibly lucky—it has all the ingredients to become an international platform for art and the capital of diversity. I would really like to be part of it or even initiate this long-awaited wave. If someone had told me that I was leaving Paris only to come back one day, I wouldn't have believed them, but now the timing is perfect. I hope that with this inaugural exhibition "J'ai deux amours" ("My Two Loves"), Paris will adopt us and love us as much as we love it! I'm a very optimistic person and I believe wholeheartedly in this venture.

From Classicism to Contemporary Art, a Collection Assembled in Paris and New York
Newsfeed
See all news
A Book of Hours Hailing From the Lecomte Collection Fetches €145,337 at Auction
Artists Residences: The Artagon House Awaits its Future Residents!
Hindman Auctions Is Going to the Dogs
San Francisco: New Bernice Bing Exhibition
Not to be missed
Interviews

A well-known advisor in the microcosm of contemporary art, Laurence...