His ‘small’ business never having known a crisis, the gallerist has found himself impacted – along with the rest of the art world – by the consequences of the pandemic. An interview at the dawn of a new world. 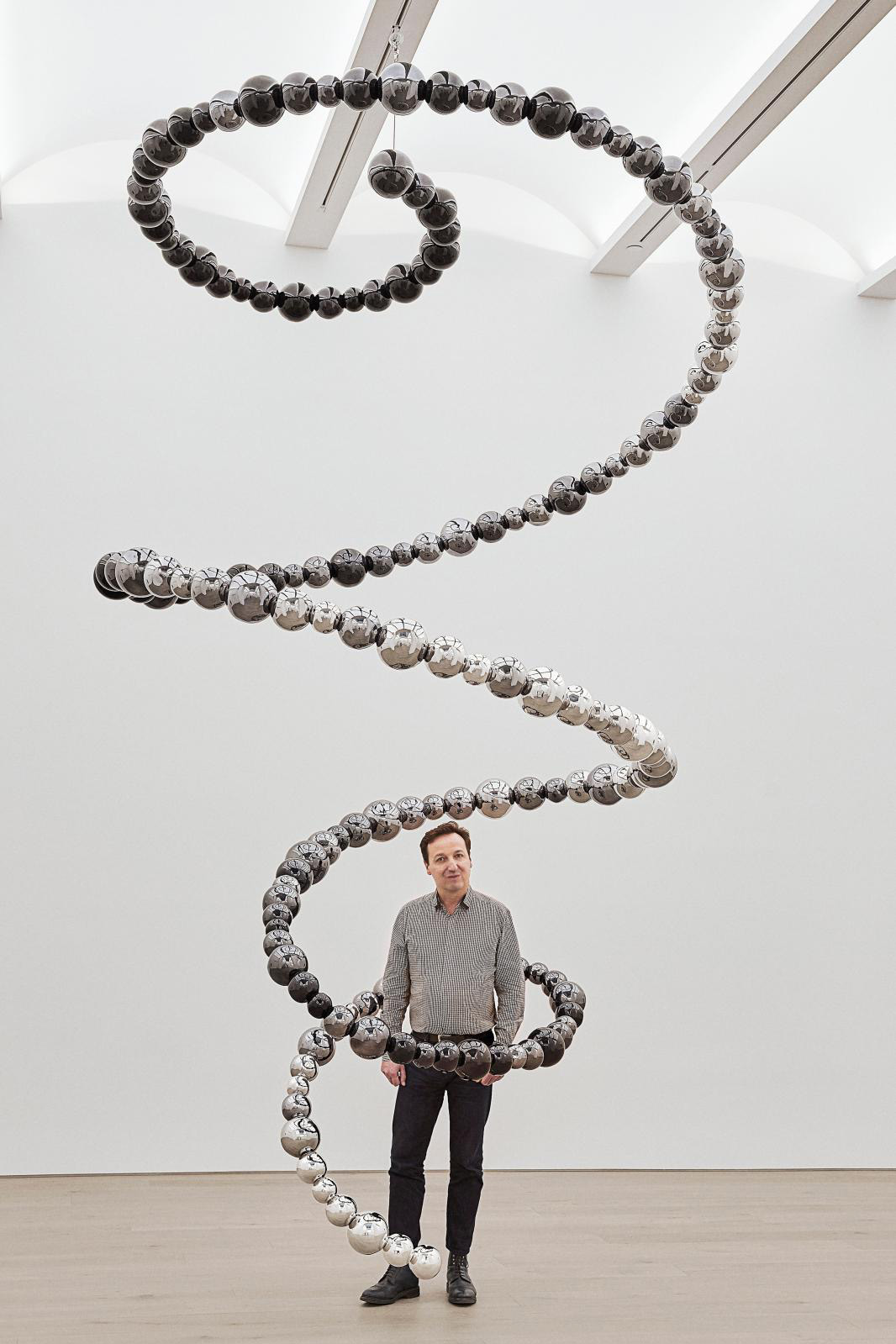 Young French gallerists dream of the success and romanticism of Perrotin’s story. Sailing from triumph to triumph, always ahead of his competitors, Emmanuel Perrotin has made Paris a capital of contemporary art since 1990. With the art market ground to a halt overnight due to the threat of Covid-19, the most emblematic of French contemporary gallery owners candidly takes stock of his own situation and that of his colleagues.

With lockdown over (for now), where do you stand?
Emmanuel Perrotin. Having closed all of our six gallery spaces across the world, we are finally seeing the re-opening of select exhibitions, such as in Seoul with “Siblings” by Claire Tabouret, in Shanghai with a group show by our artists and in Paris with Jean-Philippe Delhomme, Gabriel Rico and the project “Restons unis” (Let’s Stay United), which brings 26 Parisian galleries together over two-week long sessions running until August fourteenth.

How did lockdown unfold in the various countries in which you are present?
E. P. It was difficult for everyone. Financial aid schemes are almost totally nonexistent in Asia. On the other hand, collectors have continued acquiring works more actively than in New York or Paris. More generally, people there have a public engagement that is incomparable with what we know in the West, which has enabled a more rapid resumption of activity. We have a lot to learn. All in all, this period could have been a beneficial pause in our infernal race, were it not polluted with major questions about recovery.

Were you able to benefit from public aid?
E. P. In Paris, we were able to take advantage of the furlough system. Let’s pay tribute to the government, which managed to put it in place immediately. In New York, we obtained a small loan guaranteed by the government, and we also have some of our employees on furlough. This is all helping us, without doubt, but with the end of the lockdown we’re going to get back to our usual fixed costs, and in a very uncertain market.

Are larger galleries, with significant fixed costs and often more debt, just as much at risk as smaller ones?
E. P. It won’t be easy for anyone, except of course those with personal fortunes or those who just practice the profession for pleasure. We are all dependent on the prowess of our artists and our teams to continue to stimulate desire for our works. As far as large organizations are concerned, fixed costs are a definite handicap, but also an opportunity. We can count on the talent of many different people around the world to help us find solutions. It is easier to open a gallery than to accept having to close in order to make costs work. I am profoundly attached to each of my entities and would be devasted if I had to close any of them.

Do you think collectors will continue to buy in the short term?
E. P. I won’t venture any predictions. If I knew the answer, I could make a lot of decisions accordingly. As in all areas, I think that some people were in a state of complete shock and uncertainty. Others, who were particularly affected by the situation, had more pressing concerns. So considering making major purchases such as works of art might seem inappropriate. Fortunately, some people have the financial and mental resources to continue to do so at this time. They are critical for allowing artists to keep expressing themselves.

How is recovery looking?
E. P. My reopening in Korea isn’t representative because Claire Tabouret’s exhibition was eagerly awaited and we sold very well, as expected. It’s obvious that it will be much harder for the artists we are already having trouble creating a positive dynamic around. Collectors are the best ambassadors. The more artwork we sell, the more we sell to new people – there is an intrinsic ripple effect. The absence of fairs will be very damaging for these artists because they let you reach new audiences. I am very worried about them at the moment.

Indeed, what about artists?
E. P. Some will certainly have to take on another job. This has always been the case, but over the last twenty years an increasing number of creators have been able to support themselves just by selling their works. Some will no longer find the budgets to produce their projects. Others will have to do without their assistants. Only proponents of degrowth and of a market of another era will find reason to rejoice. They forget that the growth of the market has allowed many more artists and galleries to exist, which is a guarantee of diversity. The globalization of the art market has provided lots of opportunities for many people. To take pleasure in its shrinking is irresponsible. It amounts to wanting to return to a time when all the actors in the world came from wealthy families, addressing an audience only of specialists, content in their restricted circle.

During this difficult time, you have shown your support for the wider gallery community. What is their situation?
I spoke with over fifty of my brothers and sisters during the lockdown. They were obviously all very concerned. Some surprised me with their resilience, their determination to cope. There are very few galleries in the world that do not face cash flow problems on a daily basis. It’s a job for enthusiasts, with little chance of making a lot of money. And when that does happen, you are pushed to reinvest massively. It’s a real challenge to support these ambitions and those of the artists we represent.

Unfortunately, some galleries have played with fire by not paying their artists and suppliers as they go along. They will face a very difficult situation in the coming months. Everyone should be paid for their work. I find it just as outrageous as when collectors cancel purchases they have committed to. We need a relationship of mutual trust. Artists who go through this often find themselves quite alone. It’s not talked about. But we are a totally interdependent ecosystem - let’s not make others go through what we don’t want to go through ourselves!

What do you think about the French government’s response?
Our field isn’t used to being subsidized. We don’t have a strong union like intermittent workers in the entertainment industry. We’re not heard at all, we’re stigmatized, even. How many articles criticizing the sector can we read? It’s extremely unfair; people forget the importance of our field, which influences many other artistic practices. This is certainly due to the way in which it is funded. A minority of collectors pay very high prices for the works. In exchange, you can visit galleries for free. Instead of seeing the advantage of free admission for the democratization of access to culture, critics only retain the extravagant sums of money from a few transactions and declare it an elitist practice.