The rediscovery of a Murillo painting is sure to make waves in Spain and England, where another version is in the Oxford Museum. 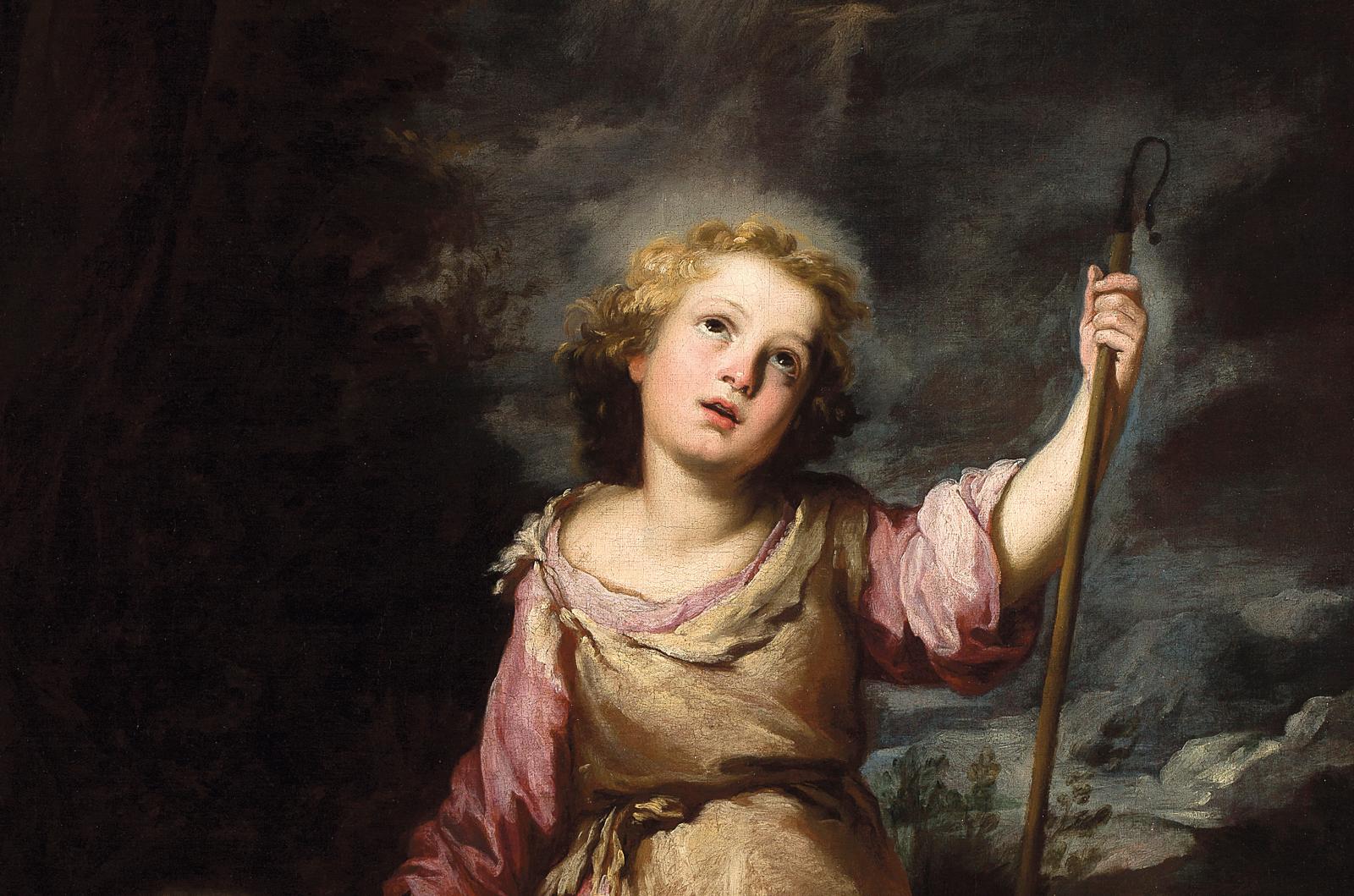 In 1665, Don Justino de Neve opened the freshly renovated Santa María la Blanca Church in Seville to the public. On prominent display was The Infant Christ as the Good Shepherd and The Young John the Baptist with a Lamb by Bartolomé Esteban Murillo (1617-1682), of whom the priest was an avid collector. In 2012, the Prado Museum and the Dulwich Picture Gallery held an exhibition about the fertile relations between the passionate patron and Murillo, whose works are in the Prado, the National Gallery in London and the Louvre. The Infant Christ as the Good Shepherd, from the Charles Lane Collection, currently on deposit at Oxford, and The Young John the Baptist with a Lamb in the National Gallery in London, are believed to have been a matching pair presented by Justino de Neve in 1665. But there is room for doubt, as Murillo specialist Enrique Valdivieso González suggests in the note he recently wrote about the rediscovered version, which he has not seen but studied from very high-definition photographs. In the 18th century, Jean-Baptiste Pierre Le Brun is said to have been amazed by the similarity between the two paintings, with which he was familiar: “If the Good Shepherd in France were put into the frame and in the place of the one in London, I suspect that nobody would notice the difference.” However, these words attributed to Le Brun in the 19th century by a descendant of the owners should be taken with a grain of salt. There are many stylistic differences between the two versions; one is more finished than the other. A comparative study would be welcome and extremely exciting. The French painting is well documented and has never come up for auction before. A dealer named Goupil is believed to have acquired it during Murillo’s lifetime. In 1764, his daughter, the 75-year-old Madame Duval, apparently gave it to Paon Saint-Simon, whose widow sold the work for 6,000 pounds to her brother-in-law, Paon de Montholon, in June 1817. The receipt has been conserved. The painting has been in the same family ever since, which is why its provenance is known. According to an old manuscript, it was familiar to "great artists" such as Anne-Louis Girodet, and Rey, a dealer, painting restorer and donor to the Chambéry museum. At an unknown date, probably in the early 19th century, the work was unfortunately transformed by an inexperienced restorer. Doubtless surprised by the task’s magnitude, he decided to cut the canvas up into squares to make the job easier. Oddly, he even reassembled one of the pieces upside down in the upper part.

“Physical and Spiritual Splendor”
The highly respected Laurence Baron-Callegari, who has just restored the work, is nevertheless upbeat. “Despite the mutilations,” she says, “the fine quality of this painting found underneath all the overflowing re-paintings is obvious. The brushwork, the preparation left visible in certain spots and the few pentimenti attest to how fast this virtuoso composition was completed.” Enrique Valdivieso González, who wrote the catalogue raisonné, says there is no doubt about its authenticity. He points to the “perfectly identifiable composition and drawing technique, the coloring and above all the expressiveness with which the artist managed to capture the gentle, heartwarming figure of the Child gazing heavenward,” not to mention “the beauty of childhood, seized with an intense physical and spiritual splendor in which the beautiful features of the face stand out, surrounded by a golden glow, drawing in the viewer and reassuring him that his soul will never be lost in hell.” Murillo left nothing to chance. He painted The Infant Christ as the Good Shepherd as a child in order to appeal to the viewer’s emotions. The very pious artist depicted the subject several times. The most famous version, from the collection of Elisabeth Farnese, is in the Prado, where Christ is seated with a lone sheep while his flock grazes in the background, but the daylight is much less sophisticated and impressive than in the French and English versions. It should come as no surprise that the work was in France by the early 18th century. “France was passionate about Murillo very early on,” says Guillaume Kientz, who found an undiscovered painting by the Spanish master in the Church of Saint-Jean-du-Baly in Lannion, Brittany. “The Calonne, Verrue and Randon de Boisset, who collected Watteau, Chardin and the Golden Age Dutch masters, owned one or more of his works. Word of Murillo’s fame soon reached the Louvre, which acquired The Young Beggar during the reign of Louis XVI, training the gaze of a generation of painters. He is the highlight of the museum’s Spanish collection. During the Spanish campaign in the 19th century, it was always Murillo who drew the attention of Napoleon’s officers. It was not until Manet came along that Velázquez became known in France as the leader of the Spanish school.” It remains to be seen where this version’s matching piece is located, if it ever existed. More must also be learned about the dealer, Goupil, who is said to have acquired paintings from Murillo’s studio to bring them back to France, where other works likely remain to be discovered.