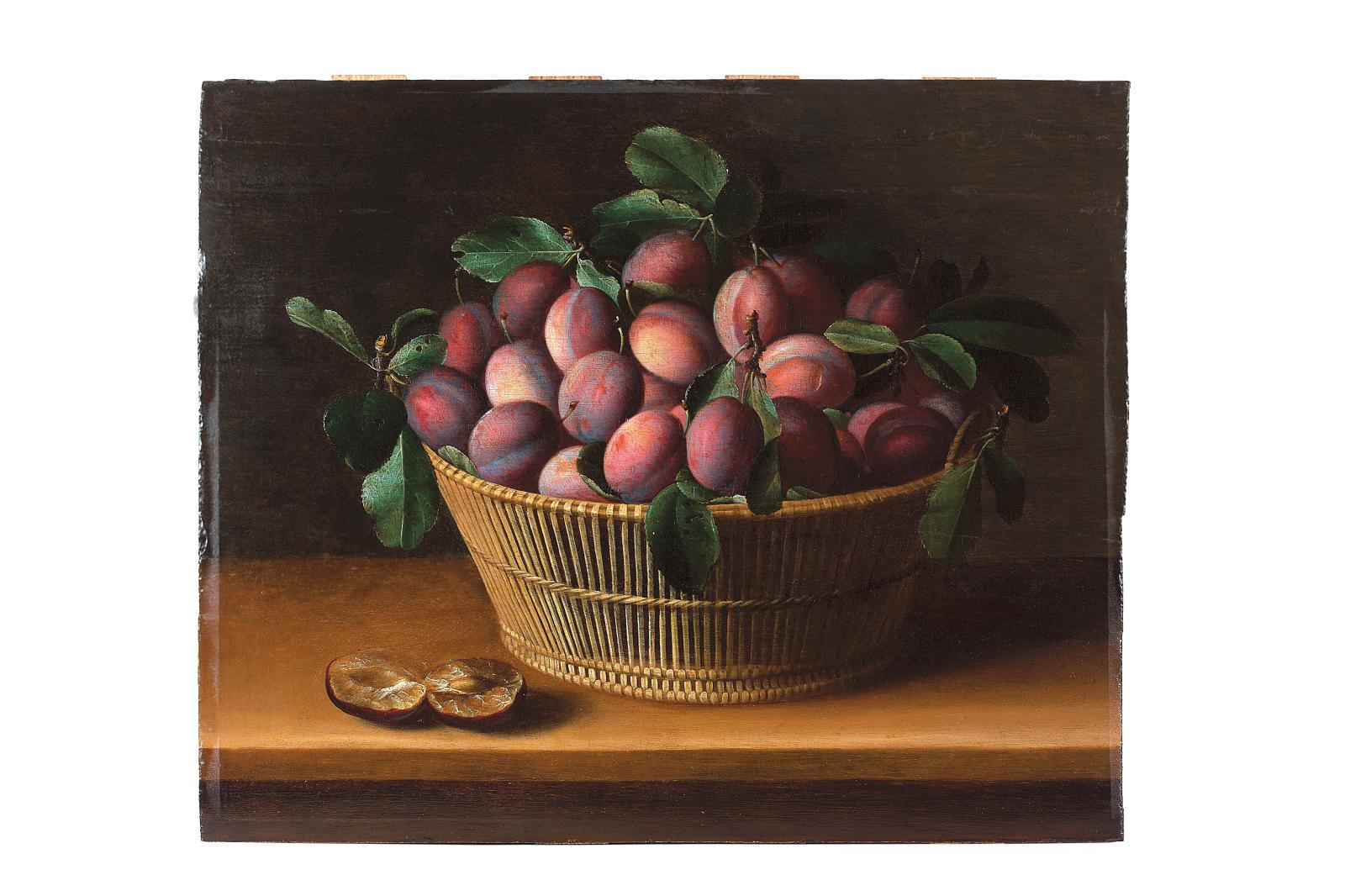 On March 25 (Aguttes OVV), Louyse Moillon’s Nature morte à la coupe de fraises, panier de cerises, branche de groseilles à maquereau (Still Life with a Bowl of Strawberries, Basket of Cherries and Twig of Gooseberries), estimated €150,000/200,000, fetched €1,662,400, a well-deserved world record for the artist, who was the sister and daughter of painters. Will this one sell for as much? The tempting, freshly picked fruit is bursting out of a wicker basket placed on a rough wooden board. One plum has had its flesh cut by a bird, and an insect has been munching the leaves. The shapes of large, plump plums contrast with the spaces between the ribbons of wicker, the table’s straight line and the dark background against which they stand out. The light, coming from the left, creates a clever chiaroscuro effect and brings out all the pink, orangish, yellow and purple nuances of the fruit’s muted palette. Their skin, rubbed by a hand in places, is bathed in warm luminosity. Moillon specialized in still lifes of fruits; plums are a leitmotiv in her work. Alone or with other fruit, they were her favorite subject. She was introduced to painting by her father, Nicolas, who died when she was just 10 years old. She continued her training with her stepfather François Garnier, a still life painter. The student soon surpassed the master. Influenced by contemporary Dutch and Flemish artists, she gained attention for her highly refined, sober, simple compositions featuring colors that are more warm than bright. Our panel comes from a French collection and is up for sale for the first time. It was painted c. 1630, when Moillon was about 20 years old. Like the strawberries and cherries that preceded it, this depiction of silent life could surpass its estimate.