The majolica, earthenware and porcelain pieces collected by the erudite expert reaped the highest results, and a very rare Sèvres porcelain lamp surpassed all expectations. 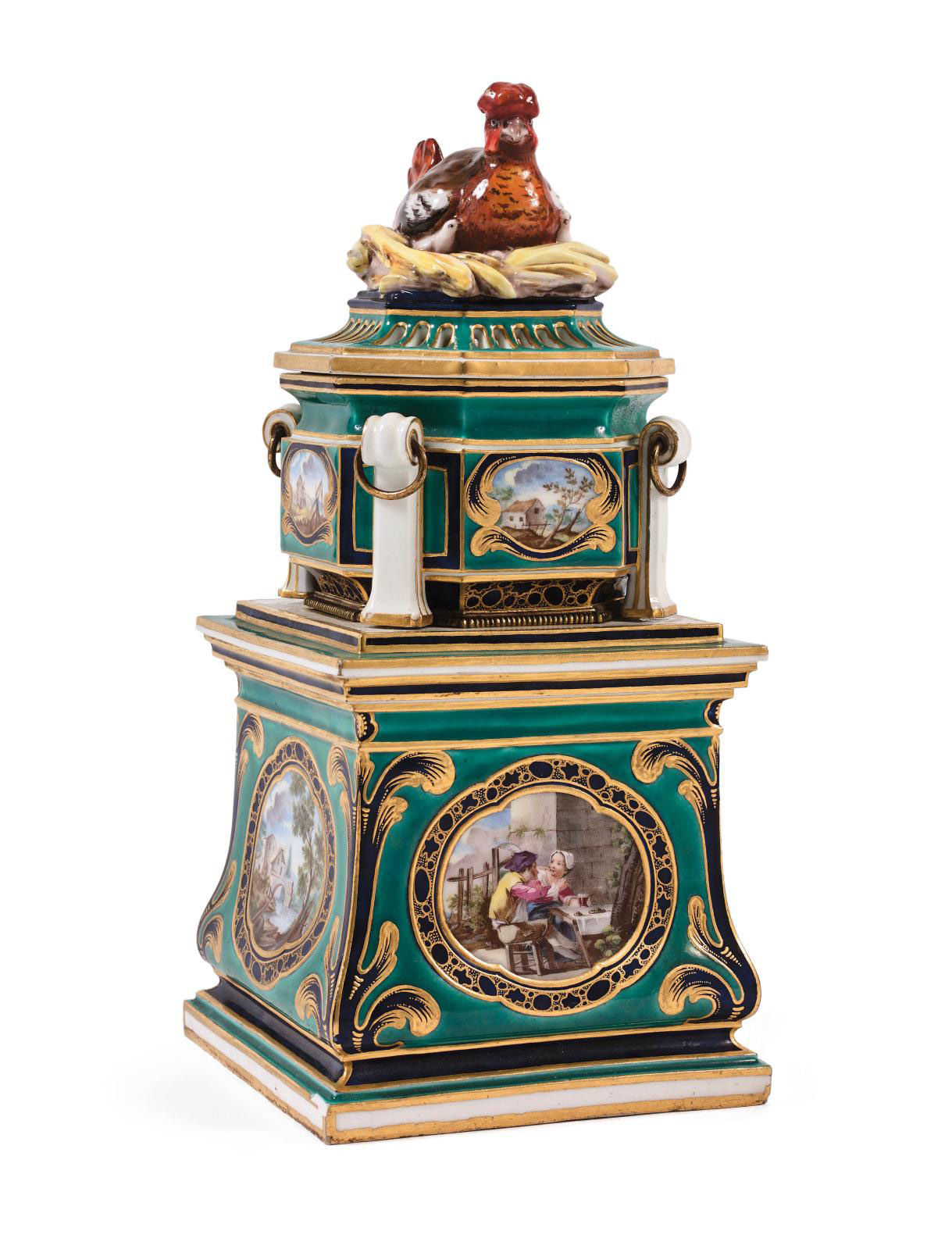 Jean Nicolier’s eclectic collection met with success, netting a total of €2,731,535. Dispersed at Drouot, it was the last vestige of what Tajan had not sold when the auction house closed on the Quai Voltaire on March 28, 1995. Preciously kept by the family, it reveals the enlightened collector’s keen eye and varied taste. The sale included many surprises. First and not least was an unusual Sèvres porcelain lamp and a three-part perfume burner that shattered its high estimate of €120,000 with the tidy sum of €1,016,000 (see photo). This model is extremely rare: only three are known, all of them in England. Its distinguishing feature is the internal moving apparatus. The oil-burning pilot light seems to heat a cylindrical silver water tank surmounted by three oblique tubes, turning the liquid into steam. Nicolier tested and validated the hypothesis that the device may have been used to boil eggs. The surprising lid decorated with a hen and her chicks in their nest supports that supposition. The piece also stands out for its rich green and blue backgrounds, whose bold juxtaposition can be found on very elaborate pieces from 1758 on.

Two sumptuous Sèvres plates from the "Emperor’s private service", also known as the "Quartiers généraux" (“Headquarters”) set, commissioned by Napoleon I in 1807, were hotly contested. The Château de Fontainebleau acquired the first, showing the removal of the horses from Saint Mark’s Basilica in Venice, for an undisclosed sum. The second, featuring a view of the Rambouillet estate from the lake, went for €254,000. In the modern art category, Francis Picabia's The Philosopher (100 x 81 cm/39.37 x 31.89 in) fetched €330,200.

The Coigny Château: From the Franquetots to the Talleyrands
Not to be missed
Lots sold