S as in Sulphide

Sulphide paperweights quietly appeared in the second half of the 19th century, but did not ignite the spirits of collectors until a century later. Today, connoisseurs fiercely compete for these fascinating microcosms: acquiring the glass masterpieces quickly becomes addictive! 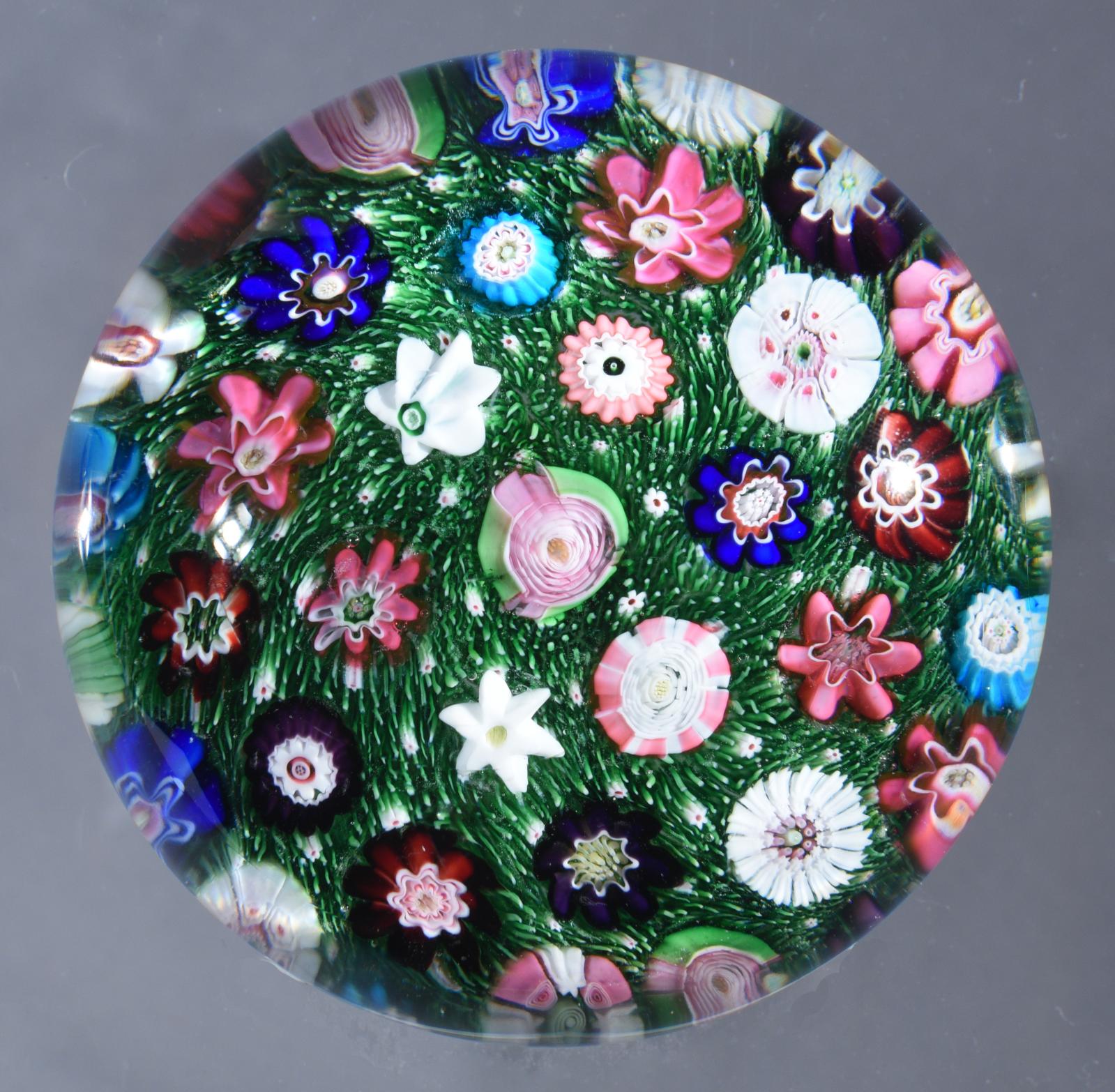 The origins of the sulphide, now synonymous with crystal paperweights, lie in an ancient glassmaking technique lost in the early Middle Ages. Glassmaking did not re-emerge in the decorative arts until the Renaissance and, especially, late 18th-century Italy, when the earliest paperweights appeared. In the late 17th century, the growth of postal services led to epistolary exchanges, and weights of all sorts existed to hold down documents. In 1845, Pietro Bigaglia (1786-1876) of Murano introduced the first coloured paperweights at the Industrial Exhibition of Vienna.
They were so successful that the Saint-Louis glassworks started producing its first paperweights less than a year later. The object was created to avoid wasting scraps of coloured glass from a day's work. No arrangement determined a particular motif but the whole formed a bright, shiny, colourful, elegant ball. It was to become one of the most expensive glass creations. Thanks to the use of salts and metal oxides, the colouring of glass no longer held any secrets for craftsmen, who let their imaginations run wild, first by harmoniously arranging canes and filigrees specially made for paperweights.
In a high enough flower-shaped or geometrical mould, the molten glass is wrapped around a pontil (a long metal rod) for a moment and removed once it is formed. Another glassmaker makes the second end of the gob adhere to his pontil when it is just out of the mould. The two craftsmen slowly move away from each other, stretching the heavy glass shape into a thin rod, called a cane or murini. A coloured glass thread added to the gob is twisted during the stretching process to obtain filigree glass.
These long glass canes with colour motifs are then cut up into thin slices called bonbons. Then the glassmaker painstakingly places each bonbon in a round refractory mould to create the paperweight’s motif. On top, a bulb of translucent glass or crystal encases the motifs. The glass ball is fired one last time before being polished.

Next came the idea of encasing bisque porcelain figures of plants, animals or famous people in the glass or crystal. These items with silvery highlights were awkwardly called “sulphides”. Before long, glassmakers used a blowtorch to chisel very delicate shapes nestled in the molten crystal, whose magnifying effect created the sensation of a strange diorama. The French companies Baccarat, Saint Louis and Clichy dominated the sulphide paperweight market from 1846 to 1860.
That short span of time explains why they are so valuable today. In 1846 Baccarat began production that barely lasted 10 years. Its black “de Gridel” silhouettes remain famous today. The most valuable 19th-century Clichy paperweights are tall and round. Saint-Louis’s sulphides are just as elegant, featuring dazzling millefiori and flower basket forms. In addition, the Pantin studio produced paperweights whose outstanding quality blowtorch work and small output make them avidly sought-after treasures. Fewer than 20 of these salamanders are known today. They are deemed one of the 19th-century glassmaking’s greatest technical feats. In Bohemia and Silesia, light translucent glass sulphides were tinted with hallmark grey or yellow tones, while in England, London’s Whitefriars glassworks gave their prestigious French competitors a run for their money. Today under new ownership, the brand’s products, whose logo is a blue monk, have lost some of their splendour.
After 1945, a craze began that continued with the appearance of passionate sulphide collectors: the writer Colette even wanted to be buried with hers. Paul Jokelsen, the founder of the American Paperweight Club, was the most enthusiastic collector. He was the driving force behind Baccarat’s successful resumption of production in 1953. Lastly, in the 1960s glasswork studios flourished in the United States, where they are still innovating and creating under the aegis of brilliant masters such as Paul Stankard.

Worth seeing:
Part of the writer Colette’s collection of sulphides at the Colette Museum in Saint-Sauveur-en-Puisaye in the Yonne département.

D as in Damascene
Newsfeed
See all news
The Craft of the Gondola in Crisis
3 Generations of Wyeth Painters on View at Farnsworth
Italian Museums Help Vaccination Campaign
Wildfire Burns Down Cape Town University’s Historic Campus Library
Not to be missed
Glossary
B for Berain
Trained as an engraver, Jean Berain explored the freedom of an art…
Glossary
C for Crystal
Lead crystal crowned centuries of research and experimentation.…
Glossary
L for Lace
Lace is an intricate, openwork fabric without weft or warp featuring…
Glossary
G for Glass
In the early 17 th century, competition to equal or even surpass…