Coral, the jewel of the Mediterranean, travelled the same path as the Spice Route in ancient times. Precious and coveted as far afield as Asia, it is a rare, delicate ornament of the most sumptuous objets d’art. 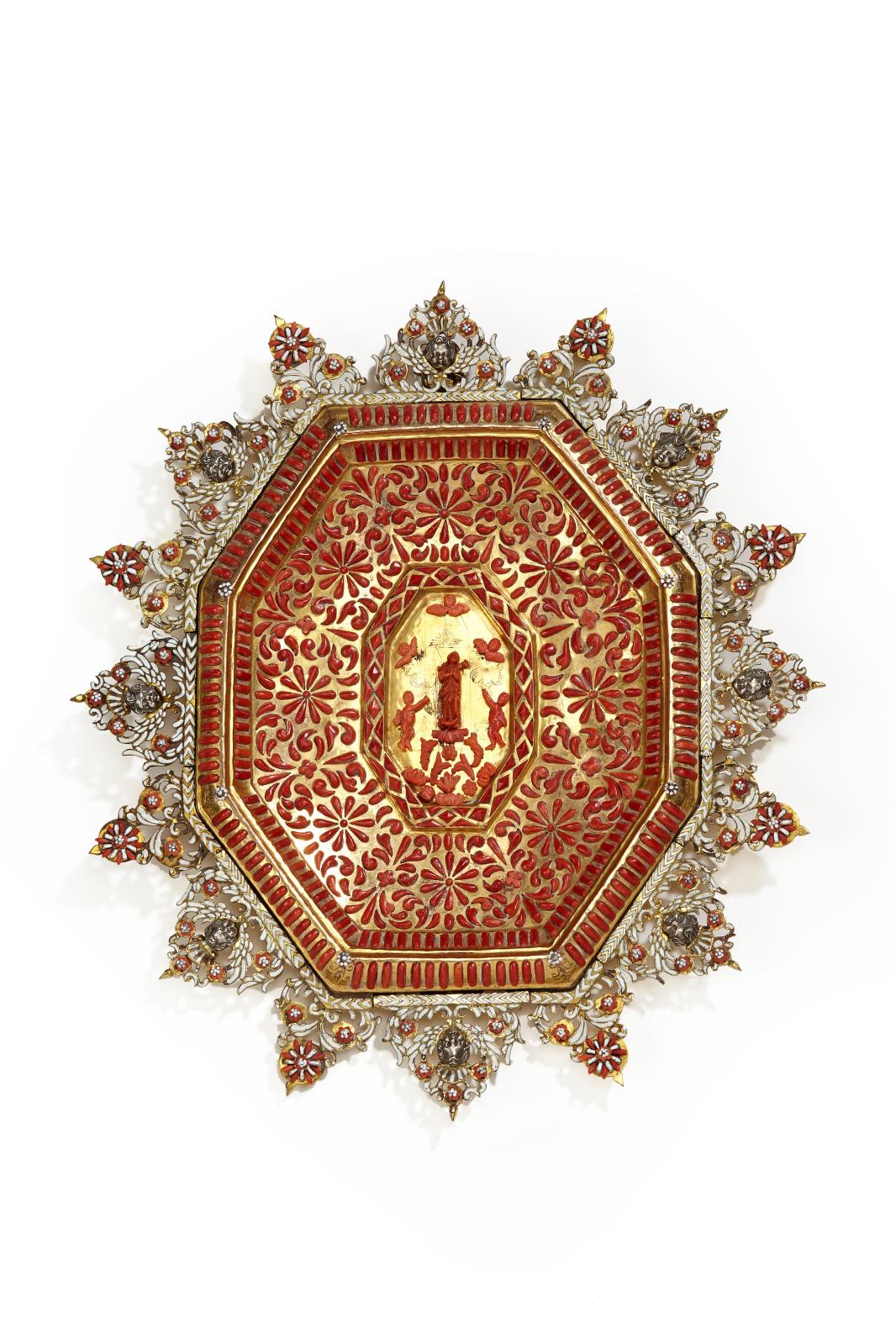 Coral was a disputed Mediterranean treasure as long ago as Antiquity. A member of the animal kingdom, it was considered as precious as pearls, ivory or amber: the coral trade was already lucrative in the first century of our era. Pliny the Elder mentioned coral being exported to central Europe and Asia. At first, it was gathered on beaches, in the Middle Ages, before being harvested by organized fishing expeditions. Traders from the Far East exchanged diamonds, precious stones and spices for this exceptional merchandise. In the 14th and 15th centuries, Barcelona dominated the export market and the art of coral, but even that was not enough: the city sought to obtain a monopoly by forbidding coral craftsmen, under pain of death, from emigrating and taking their tools with them to Islamic lands. Trailed by the powerful port cities of Genoa and Venice from the mid-15th century, Catalonia was gradually eclipsed by the cities of Marseille, Torre del Greco, and Trapani, a bustling center since the 14th century. Within 200 years, craftsmen in the Sicilian town of Trapani had acquired such technical skill and creativity that they were supplying the courts of Europe. Coral was used to decorate splendid religious and secular pieces displayed in curiosity cabinets. From the Renaissance to the 18th century, crucifixes, monstrances, holy water stoups, mirrors, chests and objets d’art featured the Mediterranean coral that made Trapani prosperous.
First used in elegant branches, coral was set into jewelry over the course of the 15th century. Iconography teems with Madonnas carrying more or less ramified branches set with gold. People of all social classes owned rosary beads, pendants and necklaces of red coral because they believed it could ward off illness. First identified with the petrified blood of Medusa’s severed head, in the Middle Ages it was associated with the blood of Christ. But only the wealthiest could afford delicate objects featuring carved and engraved red coral, like the coral-handled knives and spoons Good King René (1409–1480, titular King of Jerusalem and Aragon) bought from a Marseille craftsman.
Coral was worked at the dealers' shops right in the port. In the mid-17th century, Livorno became the Mediterranean center of craftsmanship and trade on an unprecedented scale, as the fair that took place there every year attests. Around 10 workshops controlled the highly lucrative market. Despite luring many skilled craftsmen away from Tuscany, the Marseille workshop of Miraillet and Rémuzat, which was designated royal in 1781, could not compete with Livorno and closed in 1792. In the 19th century, ancient Torre del Greco became the world’s coral capital, a title it still holds today. Ascione, the oldest workshop, which opened in 1855, used beautiful orange, sometimes dark pink coral from the Sciacca reef discovered in 1875. Its small branches are never more than 10 cm (3.9 in.) long and the trunks 5 mm in diameter.

Like fine stones, coral is worked wet with saws and grindstones. Craftsmen cut, saw, grind, facet, polish, carve and engrave the precious material. The names of the cuts are borrowed from the jeweler’s vocabulary. Whatever its origin, coral is considered precious based on its color, nuance and luster. Common corals (bamboo coral for example) lack those qualities unless they are colored or polished. They have a lower density, making them less sharp and compact than precious corals. Mediterranean coral has a uniform red, dark orange, orange or pink color and resembles shrubs. They are an average of 20 cm (7.8 in.) high and 8 mm in diameter and can weigh 50 to 300 gr. They share those characteristics with Rosato coral and the fan-shaped Midway, which boasts a beautiful, uniform pinkish-white color often speckled with red or white or veined with pink. Rosato came back into fashion during the First French Empire (merchants Oliva and Scotto sold jewelry decorated with this coral to Empress Josephine). Beads, brooches and cameos made of Rosato were also highly prized in the Victorian period. Midway’s pinkish hue is close to that of the rare Pelle d’Angelo coral. Popular in 18th-century Italy and Asia, it can reach up to 40 cm, 15.7 in., in height and its trunk 50 mm in diameter, sometimes weighing up to 5 kg (11 lbs).
Cerasuolo coral, which is the same size, comes from Japan. Its color ranges from bright or dark red to salmon, pink and orange. Cerasuolo is recognizable by its "soul", a white vein visible in the center of its cut trunk. Bianco is a fan-shaped milky white coral measuring up to 40 cm (15.7 in.) in height with a trunk 30 mm in diameter, sometimes weighing up to 700 g. Coral is never flawless, but craftsmen can use colorless natural wax to make it easier to polish and to enhance the luster, giving it the precious gleam of porcelain. Only a jeweler peering through a magnifying glass would be able to tell the difference. Now protected, precious coral is imitated by modern jewelers and antique restorers. A qualified expert's opinion is indispensable to certify with certainty the nature of a coral, of which there are some ten precious species out of the hundreds known worldwide.

Worth a look:
Queen Hortense’s demi-parure made up of a bracelet and four medallion pins,
whose coral cameos were probably made in Torre del Greco.
First French Empire, Musée des châteaux de Malmaison et de Bois-Préau.

D as in damascene
Newsfeed
See all news
Digging in a Citrus Grove, Mexican Farmers Uncovered a Rare Statue
Israeli Authorities Seize Thousands of Stolen Artifacts
Kanitra Fletcher is the US National Gallery’s First-Ever Curator of African American Art
Street Artist Futura is Suing the North Face for Trademark Infringement
Not to be missed
Glossary
C for Cristallo
The sieges of Constantinople in 1204 and 1453 spurred the growth…
Glossary
V for Vermeil
While all that glitters is not gold, vermeil is probably the material…
Glossary
C for cordovan (gilt leather)
Cordovan or cordwain ("from Cordoba"), also called gilt leather,…
Glossary
S as in sulphide
Sulphide paperweights quietly appeared in the second half of the…