‘An object made for the Louvre’: in La Tribune de l’art journalist Alexandre Lafore summed up the general feeling about the cameo the French museum seeks to acquire by appealing to the generosity of the public. 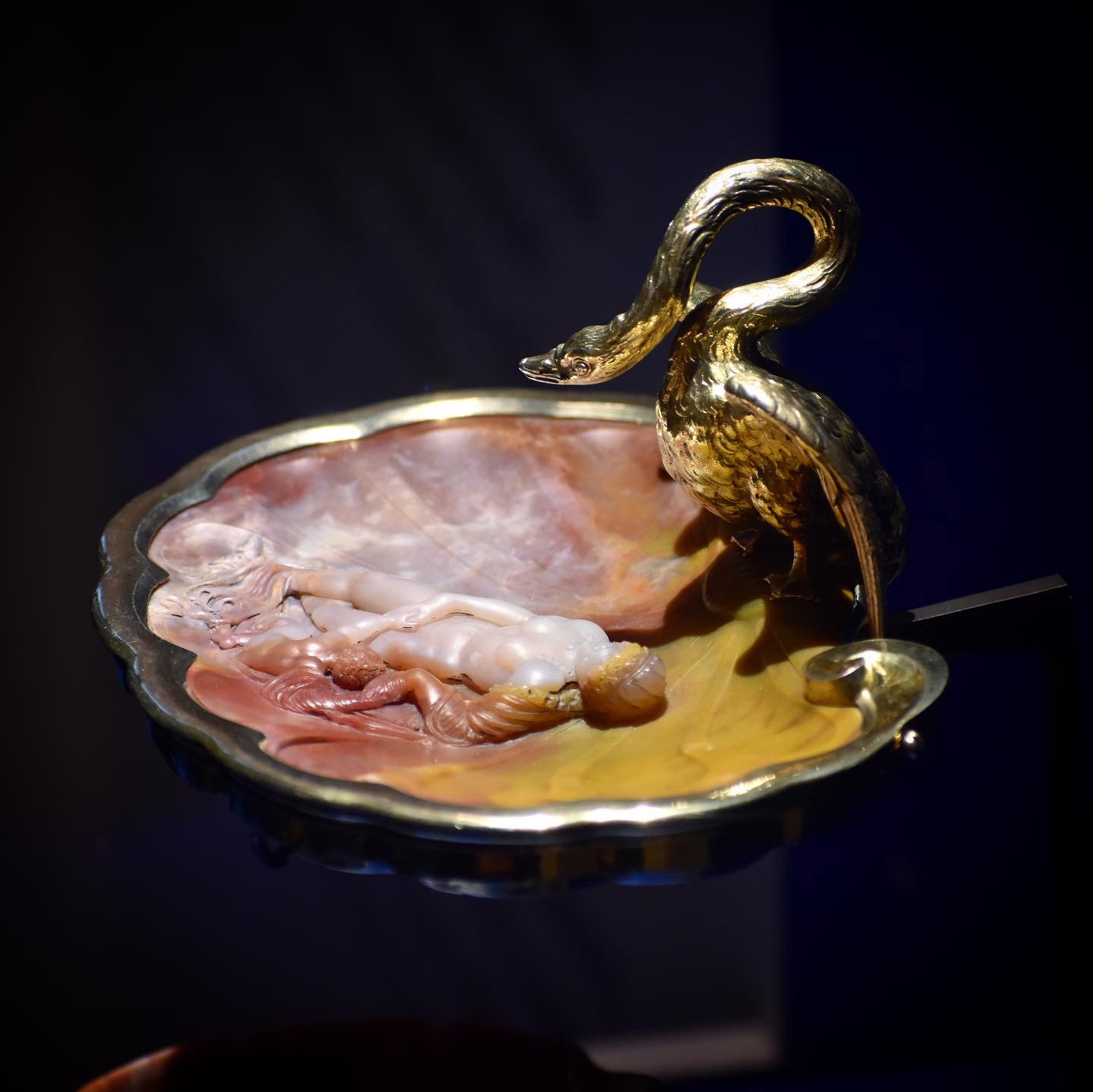 The costly acquisition of the cameo, which features Venus lounging in her shell, probably makes more sense than funding the trees in the Tuileries, for which the Louvre had also solicited donations from the public. This treasure is the missing lid of a bowl belonging to Louis XIV and Cardinal Mazarin that the Louvre preempted at Drouot in 1968. It was first mentioned in the cardinal’s 1661 post-mortem inventory as one of the most outstanding pieces in his cabinet of hard stones and listed as no. 376 in the Crown’s gem collection. To help balance its books, in 1796 the Directory sold 145 hard-stone vases—a quarter of the royal collection—as well as about 50 bronzes to Jacques de Chapeaurouge, a Swiss financier from Hamburg; the bowl was the second most expensive lot on the list of estimates. The Louvre is thus repairing a hard-to-forgive error of the Republic, which dispersed precious objects from the Ancien Régime. Might there be more? On March 4, 1968, the museum paid FrF46,300 for the lidless bowl (the equivalent of €60,000 today). The Ader-Picard catalog states that no. 376 is ‘engraved on the base’ but made no connection with the Crown’s inventory. Daniel Alcouffe’s catalog of gems was not published until 2001. The Louvre website details this little marvel’s particulars and history—up to a certain point required by a sense of decency.

“The Louvre website details this little marvel’s particulars and history—up to a certain point out of a sense of decency.”

The museum speaks of a missed encounter with Venus, an amorous metaphor referring to an auction that it thought took place in Geneva. It turns out that the lid was sold ten years ago at Sotheby’s London for nearly £1.5 million (the mistake has since been corrected). It was then correctly identified as the top of Mazarin’s bowl, which Sotheby’s suggested belonged to the Habsburg Emperor Rudolph II but with no serious evidence to back up the claim. According to a study by Rudolph Distelberger, used by the Louvre, it was ‘attributed to Giovanni Ambrogio Miseroni’ on the basis of comparisons with pieces that came out of his family’s Milan and Prague workshops. What the Louvre website did not mention is that the Swiss collector who sold the missing lid at Sotheby’s had bought it for CHF70,000 at an auction at the Stuker Gallery. It is hard to blame curators for missing this golden opportunity. With all the sales happening around the world, it would have been nearly impossible for them to spot the lot since it was cataloged as a 19th-century glass paste bowl. Then, once identified as the lid of the Louvre’s royal bowl, and having the same inventory number, the buyer reportedly offered it for sale directly through Sotheby's objets d’art department for one million pounds before being putting it up for auction. The museum tried to make up for this by bidding in London, but the £1.2 M price was out of reach. If the piece was too expensive then, what about now? The price has risen by almost 40% to €2,620,000. Les Amis du Louvre (Friends of the Louvre) want to contribute, but only up to €250,000. Benefactors have been asked to step up and raise ‘at least’ a million euros by February 25—the difference with the price reached 10 years ago when it was sold in London.

Nazi Plundering: The Light and Dark in the French House of Representatives
Newsfeed
See all news
Is Battersea Power Station Now a Playground for the Super Rich?
Colorado Artists Unite to Advocate for Missing and Murdered Indigenous People
Tourist Denied A With Meeting Pope Francis Smashes 2 Antique Statues
Digital Illustrator, Grzegorz Rutkowski, is Bigger Than Picasso on AI Platforms
Not to be missed
Opinion