Artsy and the Myth of Sisyphus

Recycle someone else’s idea, pitch to investors, raise money, fail to make a profit, start again. How many times can Artsy roll the stone up the mountain just to see it fall back? 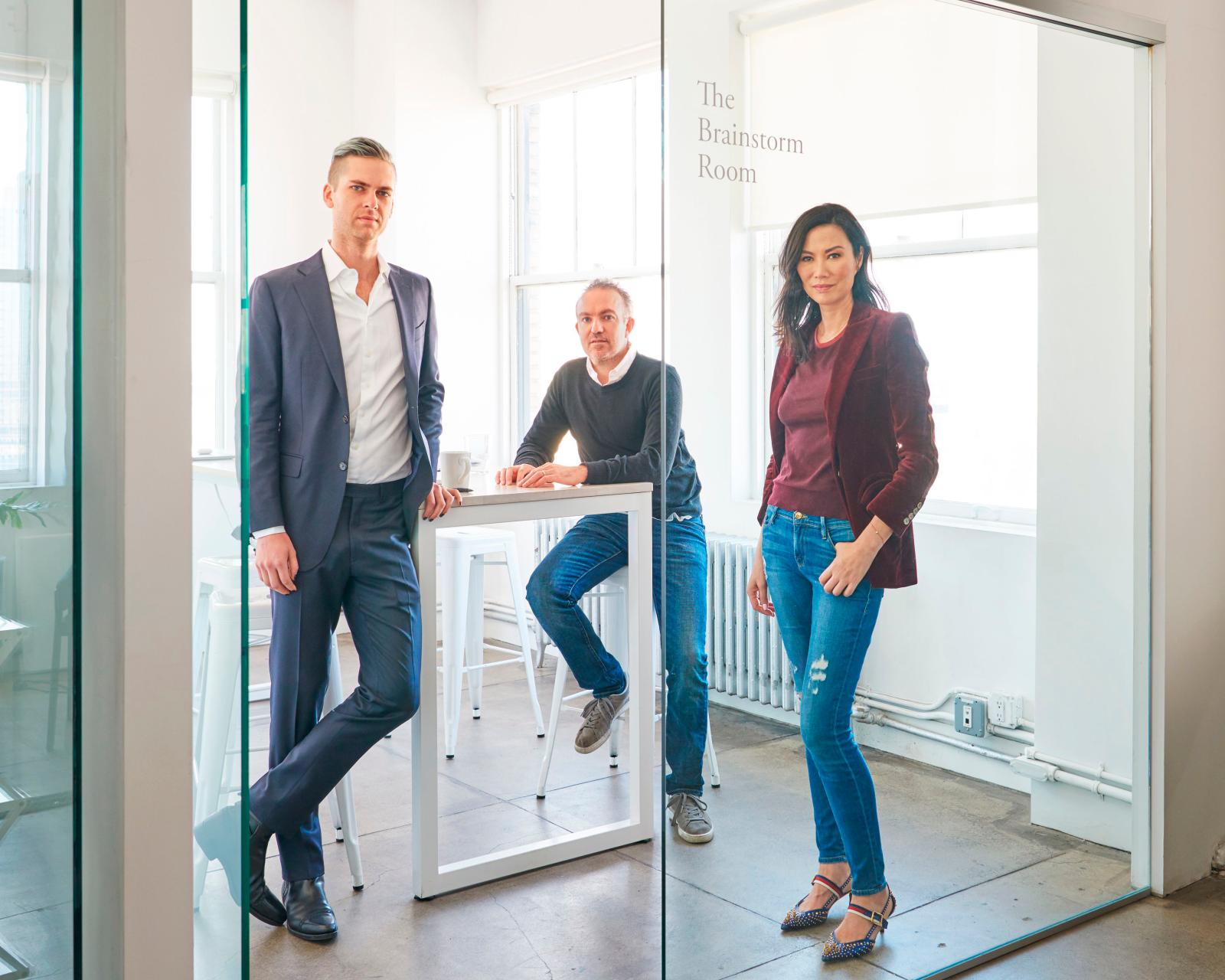 Artsy is now ten years old, with more than $100 million from private equity firms and famous investors. While its name and fame grew among art collectors, the profit margins never did. The business model seemed to change every couple of years; going from artificial intelligence-driven art predictions to an online hub for galleries and finally to yet another online auction company. More recently, the departure of Sebastian Cwilich, co-founder and chief operating officer, followed by lay-offs and reports of a data breach, all has many observers wondering how long the platform can survive.

In search of a business model
Artsy was created in 2009 by senior-year Princeton student Carter Cleveland, its CEO since then, with the purpose of “democratising the art market for everyone”. To form the company, he teamed up with Sebastian Cwilich, a mathematician from Columbia who had just spent two years working for Christie’s. Artsy always presented itself as a classic disruptive start-up, like Facebook, YouTube, Linkedin and Spotify, arriving with a completely new idea and a business model designed to change the way people interact with certain products. The first initiative was called the Art Genome Project, where artworks were catalogued and tagged using artificial intelligence to separate them into different categories and classifications, then used to predict what visitors would like based on their previous preferences. While the idea itself was interesting, millions of dollars were spent building it between 2009 and 2011 with no applicability or profits in sight. The Art Genome Project stopped appearing in the press in around 2017, when despite years spent investing heavily in the tool, Artsy acquired ArtAdvisor, a New York firm that developed algorithms and data science for the art market. By the 2014 round of investment, Artsy’s business model had changed. They concentrated their efforts on a gallery subscription model, where galleries would pay a monthly fee to host artworks on the platform. Traffic would be generated from the editorial section, where articles about art would be written, drawing the attention of art lovers and potential collectors to their website. Up till then, the bulk of Artsy’s social media advertising consisted of links to articles, which were free, and thus generated no revenue. This is exactly how most companies from the dot.com bubble in 2000 were able to raise money: selling investors' clicks as potential buyers. Even in the art market, the same model of news combined with gallery subscriptions was being used by artnet.com and other websites at the time, without success. Sold effectively to investors, the idea raised $18.5 million in 2014 and $25 million in 2015: an unusually short period of time between investments. Another selling point was expansion to China, but the project was dropped after one year. At this point, the list of famous entrepreneurs with shares in the company was too big to ignore.

Third time's the charm
In 2017, Cleveland went for the next round of financing, and this time he was able to raise $50 million at a valuation of $275 million. Artsy would invest in the fastest growing section of the website: online auctions. Once again, this is a business strategy already used by other competitors, like LiveAuctioneers, thesaleroom.com, 1stdibs.com and Paddle8: a highly competitive market with small margins, reaching its ceiling. Online art sales growth has slowed down in the last three years and seems to be reaching a plateau at around 15% of the art market. One of Artsy’s main premises since the beginning has been the belief that it is possible to open the online art market to people who are not collectors, but the number of non-collectors buying art for the first time online is also pumping the brakes. Interestingly, Artsy is not the first company to raise huge amounts of money on the pretext of creating a new online art market. Auctionata, a European start-up, raised almost $90 million between 2013 and 2015, from investors as big as Bernard Arnault, owner of the Louis Vuitton conglomerate, using the same line. They spent all the cash on investments and operating expenses, hoping to survive until the next round of financing – which was cancelled once investors realised there was no future in the online auction market. In less than a week, the company closed down and Paddle8, another online auction website, acquired the leftovers. Today, Artsy claims it represents more than 1,800 online galleries, which pay between $425 and $1,000 per month to set up shop on their platform, generating revenue of between $9.2 and $21.6 million per year. Not enough to pay the salaries of 230 employees and office rent in New York, London and Hong Kong. The company raised $100 million in only four years. Either they are building the best online art sale platform ever, one which will make people who were never collectors start buying through online auctions despite recent figures showing a slowdown in the industry, or they are burning investors’ cash to cover operating expenses.

Last man standing
Throughout these ten years, the company has had different names (changing from art.sy to artsy.net at one point), different business strategies and different investors, but one thing is constant: founder and CEO Carter Cleveland. His is the classic genius entrepreneur story: he invented a niche to explore, founded the company in his bedroom at an Ivy League school, won a couple of early-stage investing entrepreneurship awards, raised money from well-known investors, and finally became CEO of a multi-million-dollar start-up with a Sunday profile in The New York Times. The initial funding was secured through his father’s acquaintance with Larry Gagosian. Many other investors came after that – because "if Larry is investing in something in the art market, it must be good." He sold them a disruptive model, like Airbnb, Uber and Instagram, founded in 2008, 2009 and 2010 respectively. For a ten-year-old company, Artsy can hardly be called a start-up any more, even if it demands money like one. Although the recently departed Cwilich said he was “leaving on a high”, it is very hard to believe that someone who has invested in the company's success for the last decade would suddenly decide to quit just when it was poised to make a fine profit and fat executive bonuses. Only a couple of weeks after he left, the company fired some of its employees for the first time. It was also hacked, meaning that critical information about its users ended up for sale on the dark net. While Mr. Cleveland has a mission to change the art market establishment, he has never had a job other than CEO of his own company. Cwilich was considered by many to be the brains of the operation: someone with a sound CV and connections with major auction houses. His departure leaves the company only with Mr. Cleveland’s vision, and this seems to be a variation on strategies used by other websites that have also failed to generate profits. The idea behind a big and beautiful online art market platform, as Artsy is today, is very exciting. A market as big as the art market deserves an online presence of that sort. The only question is whether the cost of such a tool justifies its investment. We might have the answer very soon.

Between the Primary and Secondary Markets, Galleries Wear Two Hats
Newsfeed
See all news
White Cube: A film and “reverse gentrification project” in D.R.C.
Pictish Royal Hillfort Excavated in Scotland
Denise Gardner: First Black Woman to Lead Art Institute of Chicago Board
Major Works by Self-taught Artists Given to High Museum of Art
Not to be missed
Market Trends
Van Gogh: An Auction Rollercoaster
The auction of this view of Montmartre was beset by a series of…
Market Trends
NFTs: What Are People Really Buying?
p rices for NFTs have skyrocketed in recent weeks, but huge misunderstandings…
Market Trends
The Art Market by UBS and Art Basel: 2020 Could Have…
A big drop, it's true, but not a collapse. The art market seems…
Market Trends
Between the Primary and Secondary Markets, Galleries…
This spring, Emmanuel Perrotin will open his ninth space in the…