He is certainly, with Clare McAndrew, the person who has done the most for the recognition of data’s importance in the art world. An analysis, as the latest Hiscox Online Art Trade is out. 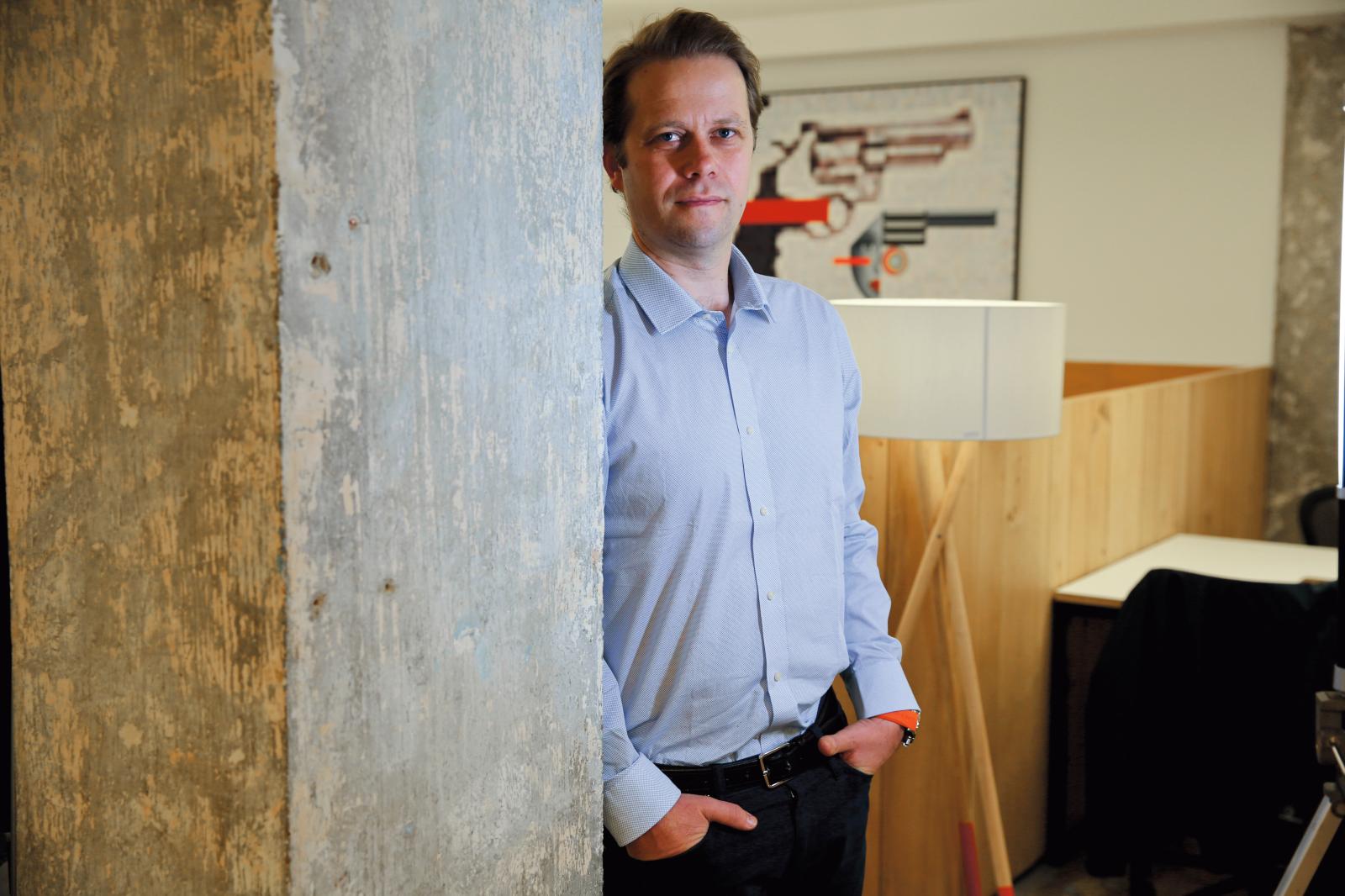 Based in the United Kingdom for nearly three decades, Anders Petterson is one of the researchers who has democratised the use of qualitative analysis as a tool to better understand the art market. His company, ArtTactic, has drafted reports by Deloitte, Hiscox and Tefaf. As the 2019 Hiscox report dedicated to the online art market worldwide comes out in France, its Norwegian author gives his views on its trends and what he believes is the main stumbling block to its growth: decades of practices that have forged certain habits and patterns that seem impossible to break.

The trend for the online art market doesn’t seem positive.
After a period of euphoria in 2013-2015, enthusiasm has been declining for two years. The technology doesn’t seem to have fundamentally changed much. The Internet is ultimately just a new sales channel that adds to or, to some extent replaces, those already existing. I don't think it’s really succeeded in “creating” new collectors in large numbers. Unfortunately, there’s no revolutionary company in the art world, like Uber for the taxi industry or Spotify for music. It’s more a matter of small, incremental steps digitising existing practices. The most significant behavioural changes relating to our industry are ultimately connected to Instagram, which had nothing to do with art at first, than to any pure player.

Does the art market seem to have somehow simply replicated itself online?
Exactly. We’re facing the same rules online that we do offline. And they’re intimidating. Price transparency may be slightly better, but in most cases they still have to be requested. They’re not directly accessible. Millennials make their decisions quickly. They don't want to wait 24 hours just to know a price. The online art market appears to be tailored for those who are in the know and are already part of the system. In this respect, it would seem that it is almost "mature" and can’t manage to expand beyond its circle of traditional buyers. But the problem is perhaps more general; if we compare some of the figures in Clare McAndrew's report [The Art Market by UBS and Art Basel, editor's note], we see that the art market’s growth isn’t really keeping up with the booming number of rich and ultra-rich people in the world. I don't know if it can reach this new generation of wealthy people with its current structure.

"As a platform for discovering new artists, Instagram could have a real effect on the role of gallery owners as creators’ agents. In a way, a generation of visual artists is reappropriating its image with the public and buyers."

So, what’s the future for pure players?
Unfortunately, I think the first generation of these players – Auctionata and others – did not sufficiently consider the cost of building a brand strong enough to convey the trust necessary for transactions. The pendulum has now swung the other way: traditional players seem to be the most active online. Creating a technology company is also very expensive. Even after raising millions, pure players will start to feel a certain amount of financial pressure. They’ll necessarily have to join forces to carry on. Given current growth levels, I don't know if there’s room for so many players. At the same time, I'm not sure we'll have an art Amazon, that we'll reach that level of concentration. I think the art world has too many strong, individual personalities. Technology hasn’t changed that. There are still galleries, dealers and auctioneers who want to go it alone.

We saw a lot of interest in blockchain last year.
Despite that, it’s still hard to conceive of concrete uses for this technology! Nevertheless, we see a lot of attraction, especially from the youngest people we surveyed, for shared acquisition, a bit like the exchanges of the early 2010s. That idea has always appealed to and, in a way, frightened me. It’s hard to know if there’s a real demand for it, but just because it hasn't worked in the past doesn't mean it can't work now. But many questions remain unanswered: how to ensure a certain level of liquidity, how to manage artists' careers when everybody can see poor results, which are inevitable in a career, how to make the product appealing so that it’s not just a tool for speculation, etc. How these projects are carried out is also important. A single bad transaction, one misstep can ruin the public's appetite for this type of initiative.

Which tools do you think are already having an impact on the market structure?
As a platform for discovering new artists, Instagram could have a real effect on the role of gallery owners as creators’ agents. In a way, a generation of visual artists is reappropriating its image with the public and buyers. Galleries react to this by investing in the medium and using it to find new talent. But artists who are able to sell directly on this channel may not be willing to accept the same conditions as in the past. That’s not necessarily a bad thing, by the way. But like everything else in the art world, it will take time.

Why does everything take so long?
This world is almost “genetically” reluctant to change. There’s so much to be developed that it’s almost impossible to design start-up projects over a few years. It takes time to convince the players, to persuade them that practices are changing, that the world is changing around them and that it could be worthwhile for them to get involved if they really try. Sometimes you even have to wait for a generation to pass. If only you have two or three years to change things, it has very little chance of working. With a decade ahead of us, we can begin to see some progress.

Listen to
Ten years of ArtTactic's weekly podcasts on
www.arttactic.com/podcasts/

Artsy and the Myth of Sisyphus
Not to be missed
Interviews