Art Paris is opening the art fair season in France, attracting a rising number of galleries. 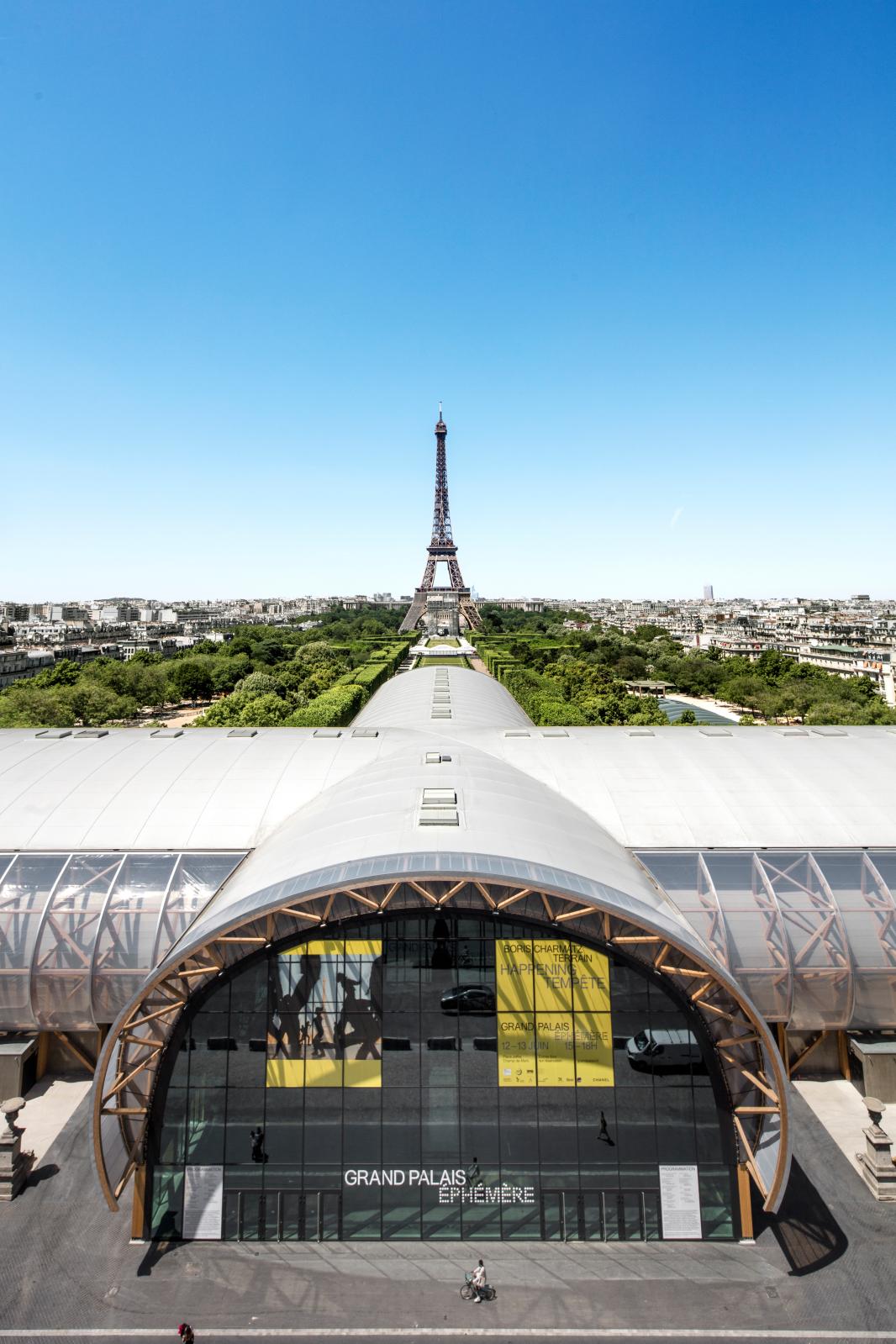 Art Paris will be the first art fair at the Grand Palais Ephémère on the Champ de Mars with features stunning views of the Eiffel Tower. Wilmotte & Associates designed the spectacular building, which, says artistic director Guillaume Piens, symbolizes the “cultural renewal” underway in Paris. The shadow of Covid still hovers over the event, but the outlook has considerably brightened since 2020 when the organizers had to fight until midsummer for it to be held in September under the best possible conditions. The fair eventually took place amid a nearly miraculous lull in the pandemic. The 23rd edition of Art Paris has spared no effort to ensure maximum safety: visitors must show a green pass or test result, observe capacity limits and wear face masks.

This year’s available area has been reduced from 64,500 to 54,000 square feet (6,000-5,000 sq. meters), which means about ten fewer stands, but the fair’s DNA remains unchanged. The Grand Palais Ephémère will host 140 modern and contemporary art galleries from approximately 20 countries. Most are European and 65% French, including many regional dealers. “We never wanted to take up the FIAC’s international strategy,” says Mr. Piens. Moreover, Art Paris boasts a high, slightly above average return rate. Newcomers account for 40% of this year’s participants. “A fair is a living organism,” he continues. “Regulars don’t necessarily want to see the same exhibitors twice.” Above all, the arrival of many prestigious galleries explains the return rate. In 2020, Emmanuel Perrotin had already caused surprise by jumping on the bandwagon at the last minute. This year, alongside loyal participants such as Nathalie Obadia and Daniel Templon, about 15 gallerists are taking part for the first time, including Thaddaeus Ropac, Lelong, Massimo de Carlo and Kamel Mennour. “We’ve been closely following the fair for a long time,” says Martin Brémond, senior director of the Almine Rech Gallery, one of the newcomers. “This year, we jumped at the chance to reconnect with some of our collectors and present works that we hadn’t been able to show due to the cascade of cancellations. In any case, we think there’s room in Paris for a more local event.”

Mr. Piens wants to keep another, now well-established specificity: his support for the French scene. Every year since 2018, an outside curator has been asked to select projects by French artists based on a theme of his choice. Hervé Mikaeloff accepted the challenge. “On recent visits to artists’ studios,” he says, “I noticed a renewal of figurative painting, especially the portrait, and made the connection with the lockdowns that all of us had to endure. That’s the theme I proposed to Art Paris.” About 20 artists of different generations and styles have been chosen from the participating galleries, including Guillaume Bresson, Marc Desgrandchamps, Laurent Grasso, Yan Pei Ming, and Claire Tabouret. Talking about the human condition in these times can't hurt.

Art Dubai: Fairs Are Starting Up Again
Newsfeed
See all news
Jesus College: The First UK Institution to Repatriate a Benin Bronze
The Venice Biennale of Contemporary Art is Getting a Research Center
Frieze Names Patrick Lee Director of Its New Seoul Fair
Fallen Art Star Charged with Selling Raymond Pettibon Forgeries
Not to be missed
Fairs
Moderne Art Fair, a New Paris Event
This new event will take place on the Champs-Élysées near the Grand…
Fairs
FIAC in Paris: Back for Real
After a period online, the FIAC is making a physical return, in…
Fairs
Art Basel Points to a Recovery in the Art Market
In a calm atmosphere without the Americans, the major contemporary…
Fairs
Frieze London: An Appetizer
On the morning of September 14, giant pineapples and fine resin…