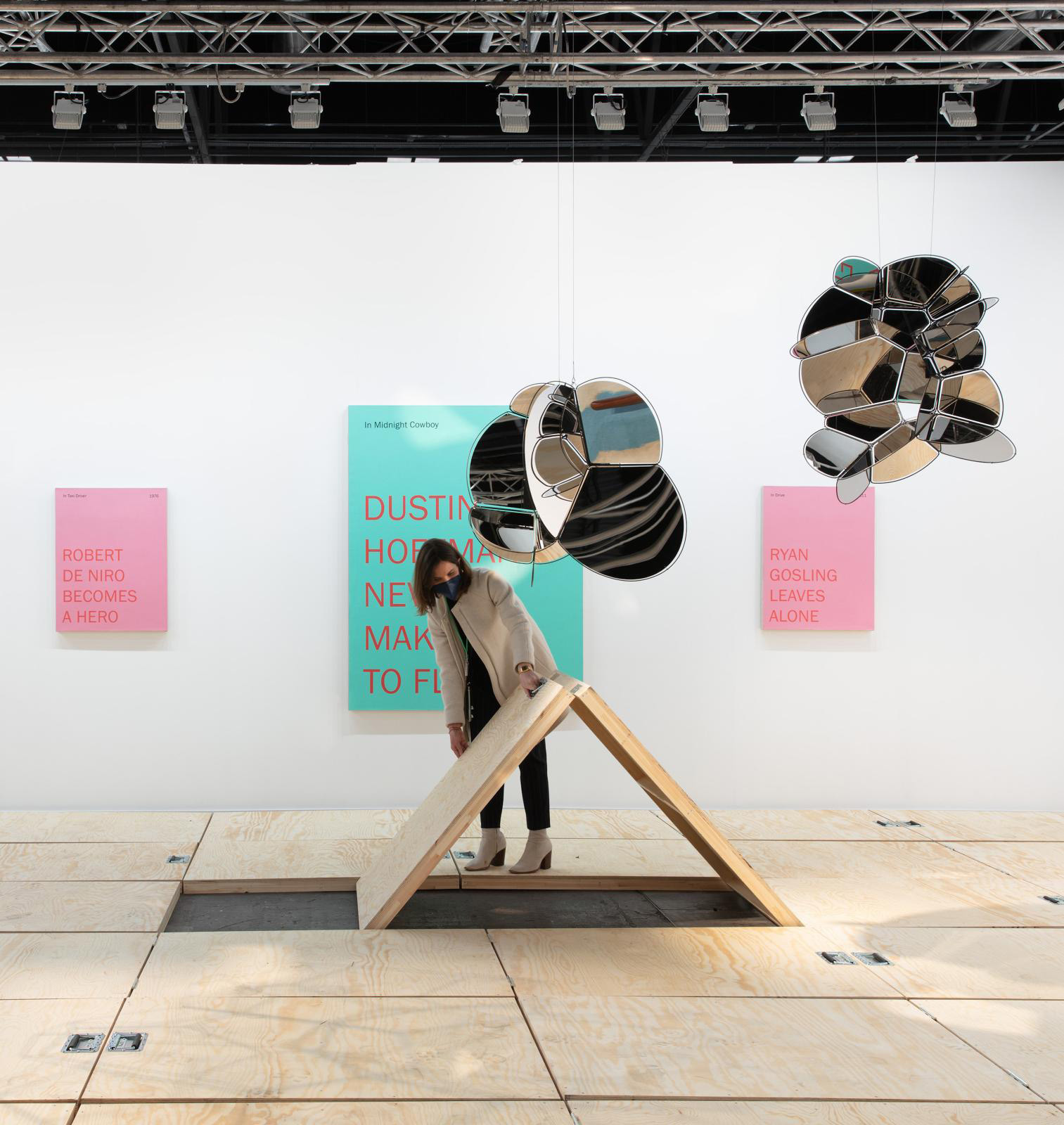 The event directed by Maribel Lopez returned in fine form after emerging unscathed in 2020, when the pandemic was starting in Europe, and programming a more concentrated version in July 2021, inevitably with fewer visitors. The 2022 edition attracted 75,000 in all, including 30,000 collectors and professionals. Considered the leading showcase for both Spanish and Latin American art, the fair brought together 159 galleries, not counting participants in the special section for the 40th anniversary (+ 1) of the Arco, who could not be properly celebrated last year, i.e. nearly 20 galleries, some of which did not exhibit in the general sector.

Chantal Crousel devoted a solo show to Mona Hatoum. The 1900-2000 Gallery, which had stopped attending Arco (a major source of institutional purchases for it), returned with a show focusing on Surrealism. With a few exceptions—notably Perrotin with a Jesus Rafael Soto that sold for over €600,000, and Thaddaeus Ropac and his Baselitz selling for over €1 M—the most expensive pieces were generally between €100,000 and €200,000, like a 1983 painting by Myriam Cahn at Jocelyn Wolff.

While some mega galleries did not return this year, including David Zwirner and Hauser & Wirth, their absence was offset by the return after a long absence of other heavyweights, like Neugerriemschneider from Berlin. This had a prominent position at the entrance to the fair, and offered visitors a chance to alter the stand's wooden floor, by folding up certain parts of it. The gallery was delighted to say goodbye to several pieces, including one by Tomás Saraceno, bought by TBA21 Thyssen-Bornemisza Art Contemporary of Madrid, and another by Mario García Torres, purchased by the Fundación Helga de Alvear (Cáceres). These were just two of countless acquisitions by private foundations and museums, which were particularly active and systematically earmarking generous budgets for their purchases at the fair. The Fundación Helga de Alvear (created by the eponymous gallery owner) also bought a work by Jean Dubuffet from Lelong, which had a particularly large stand for Arco's return. The artist is currently on display at the Guggenheim in Bilbao. Spanish public institutions also supported the fair and contemporary art. The Reina Sofia Museum alone acquired 16 works for a total of €370,000. The municipality of Madrid did even better, spending €405,0000. These works will join the collection of the CA2M Centro de Arte Dos de Mayo in the capital.

If Arco is doing so well, it is certainly due to the unfailing support of institutions and foundations, but also to the arrival of Spanish and South American collectors. Because of the health crisis, the latter was not so much in evidence this year. "It's true, there were fewer of them, but those who came were top-notch: 30% of our sales were to Latino collectors," says Alex Mor, of the Mor Carpenter Gallery. In an ironic historical twist, "the countries formerly colonized by Spain are now sending major collectors in a kind of reverse colonialism," says Brussels collector Alain Servais. Last but not least, Germans, French and Swiss, sometimes with their advisors, came to explore the fair in a relaxed atmosphere, proving that it is not just a private preserve for the Spanish and South Americans.

Report: Art Basel Confirms the Market's Rosy Health
Newsfeed
See all news
We Are on Break for Our Annual Summer Hiatus - Back in August! Happy Summer
A Michelin Star for the Museum of Modern Art in Fontevraud
World Record for the French-Danish Painter Gerda Wegener
Canadian Indigenous Groups Ask Vatican to Return Cultural Artifacts
Not to be missed
Fairs