An Outpost in Versailles for the Osenat Auction House

Fontainebleau, Paris, and now Versailles: Jean-Pierre Osenat aims to bring the 17th and 18th centuries back into the limelight by setting up in the royal city. A speaking symbol. 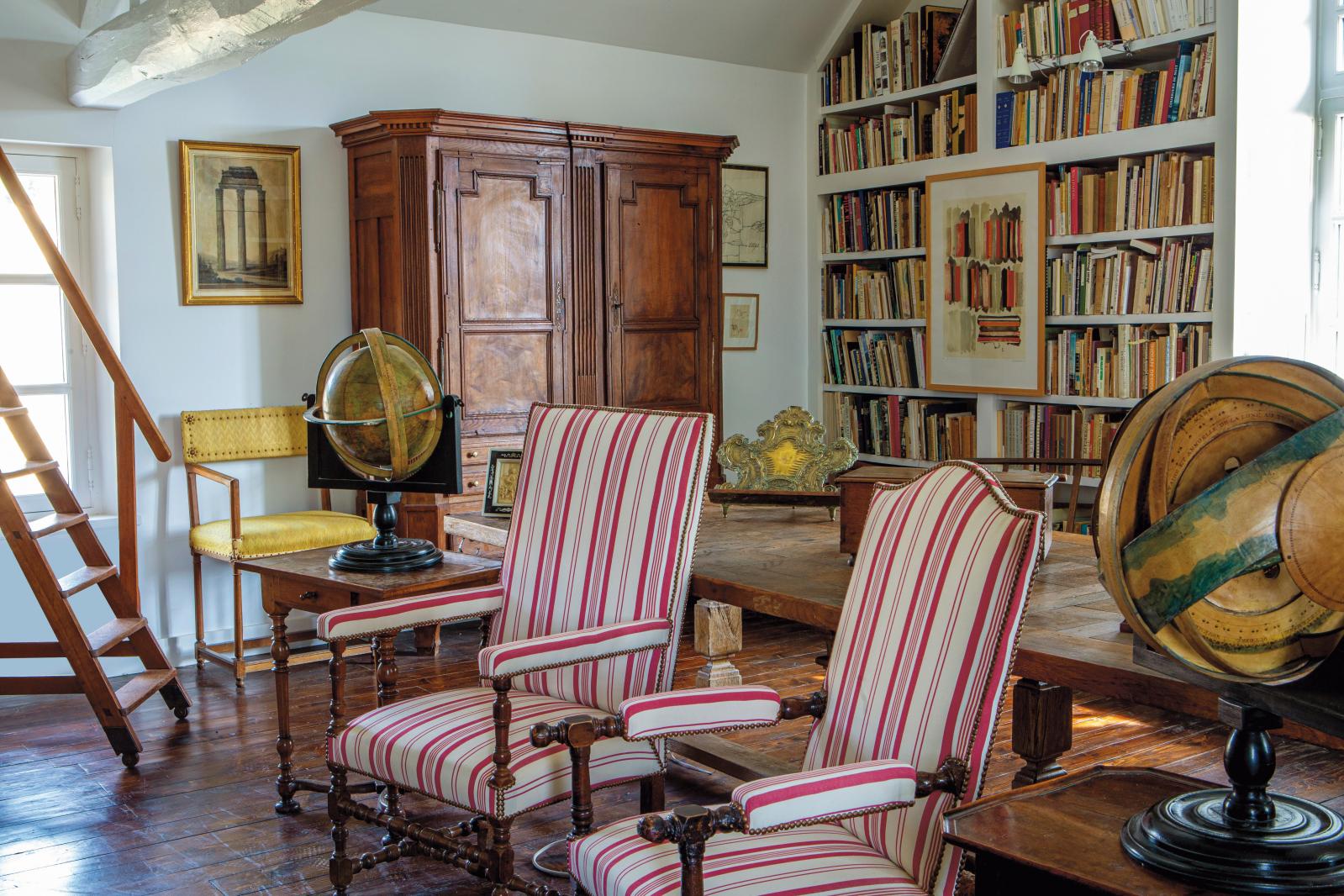 Sunday 29 September, the date of the Osenat auction house's opening sale in Versailles, will be a historic moment. The arrival of the Fontainebleau firm in the château saleroom is an event but not a revolution, because this move to the city of Louis XIV is part of a continuous approach designed to give fresh impetus to the classical arts. Just as Fontainebleau is the natural stronghold for sales with the Empire as theme, auctions featuring objects from the monarchy have a logical place at Versailles. With the takeover of Éric Pillon Enchères (whose modern painting sales will continue under the latter's hammer), Jean-Pierre Osenat hopes to make a longstanding wish come true: to change the image of antique furniture. A too-oft-repeated phrase – "I'm selling because my children don't want it..." – fired him to take action. To restore their pedigree to the furniture of our forebears, the auctioneer intends to put the accent on cabinetmakers' expertise, encouraging everyone to look far beyond the object. This change of perspective, placing craftsman at the heart of artistic creation, will be seen in a new presentation of works in catalogues and public exhibitions alike: an opportunity to show that the inventiveness of the Ancien Régime is just as impressive as contemporary creativity, and that forms of art separated by centuries can be combined in total harmony.
Two new departments will be rising to the challenge: "Royalty at Versailles", devoted to 17th and 18th century historical mementoes, and the one baptised "Grand siècle" (staging its first sale on Sunday 20 October, following an inheritance) which focuses on classical furniture and objets d'art from the Age of the Enlightenment. As with the Fontainebleau Empire sales that have made the auction house famous, these across-the-board sales will feature a wealth of specialities, and draw on a number of experts. A tried and tested recipe that goes down well with collectors of every persuasion, and which may well reconcile buyers with the Ancien Régime. Meanwhile, foreigners remain highly attached to the "French-style luxury" symbolised by Versailles, as witness a comment picked up by Mr. Osenat from an American lady, who said she only had "Louis" furniture, without distinguishing between the sovereigns' names or the period… Like an incantation, the royal first name alone evokes the "Grand Siècle", as does the refinement of Marie-Antoinette. The royal city will also be a privileged setting for the sale of antique jewellery: the kind considered genuine art works by collectors. By setting up in Versailles, Osenat is targeting an international clientele. It is also opening a third department devoted to Russian art, which is planning to stage three sales each year.

Opening Sale: The Jean-Pierre Jouve Collection
For the moment, the history of French art will be narrated by Jean-Pierre Jouve's collection, which opens the bidding in Versailles on Sunday 29 September. Appointed chief architect for Historic Monuments in 1970, this man with a passion for heritage not only helped to preserve numerous churches and châteaux (both classical architecture like the royal saltworks of Salins-les-Bains and Arc-et-Senan and the decidedly weird, like Le Facteur Cheval's "Ideal Palace"), but also helped to safeguard fine Parisian residences. From the Hôtel d’Aumont to the Place des Vosges, and from the Places Coulanges, Rohan and Châtillon – also located in Paris's 4th arrondissement – to the Hôtel de Gunzburg in the 17th, the capital owes him much for conserving many of the beautiful buildings that make for its charm. In his house in Champagne, Jean-Pierre Jouve created a little personal museum for all the objects he loved most, which naturally included mementoes from the Marais district, in Paris, where he battled to save buildings threatened by protection orders. So an overmoulding of an Indian head embellishing a panel in the carriage entrance of the Hôtel de Saint-Aignan – now the Musée d’Art et d’Histoire du Judaïsme (€1,000/1,500) – will rub shoulders with a 16th century grotesque figure carved for the Pont Neuf, transformed into a fountain spout by this lover of old stone (€2,000/3,000). A fine elevation of the three remaining columns of the Temple of Jupiter in Rome, traced by the skilled hand of Jean-Jacques Lequeu, will also celebrate the taste of this professional (€6,000/8,000). His choices were guided by the beautiful and the intriguing, as witness a sundial probably carved in the 17th century with multiple sides to follow the course of the sun more accurately (€700/1,000). An etching by Erik Desmazières of Rembrandt's cabinet of curiosities (€800/1,000) will echo not only the erudite collection of Jean-Pierre Jouve, but also the spirit the Osenat auction house aims to perpetuate in Versailles.

First sale of the "Grand siècle" department in Versailles,
on Sunday 20 October 2019.
www.osenat.com