Marie-Régine Didier followed her tastes, mixing styles in her New York and faubourg Saint-Honoré apartments without caring about trendiness. Her eclecticism is highly appealing. 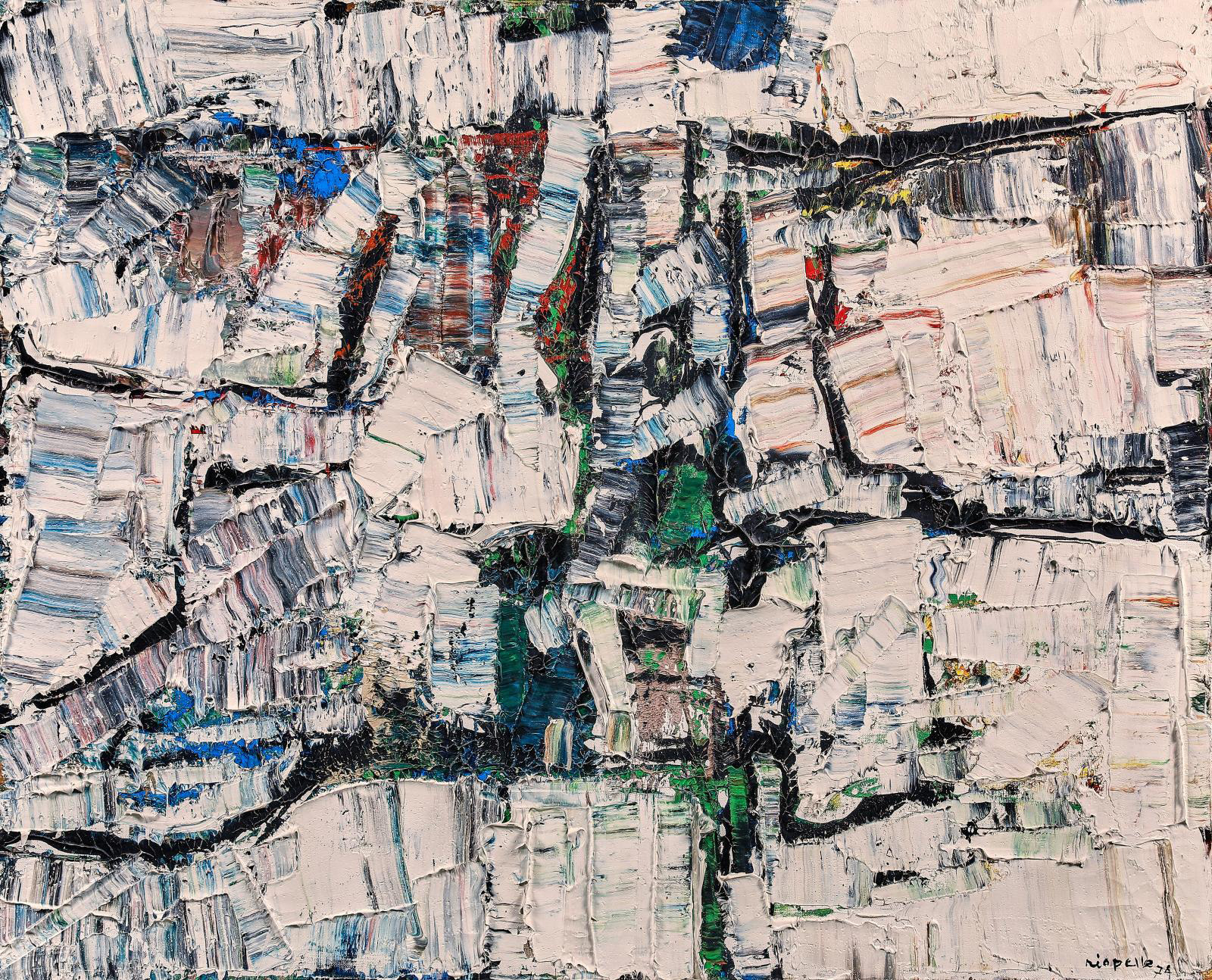 Friends, who fondly called Marie-Régine Didier "Catoune", remember her as an elegant, cheerful and caring woman. Born in Valence in the South of France on July 20, 1936, as a little girl she would whisper, full of hope and desire, “another world awaits me”, says her friend Christian Leprette. Her dream came true when her studies and a modelling career brought her to Paris. She moved to rue de l’Université and discovered the Saint-Germain-des-Prés neighborhood, immediately falling in love with its bars, restaurants, cabarets and galleries. This cosmopolitan world opened up new horizons to her. On October 12, 1970, Catoune married Édouard and became Mrs. Marie-Régine Didier. She inherited a large press group from her father that included L’Usine nouvelle Maison française and Le Moniteur des travaux publics et du bâtiment among its publications. Her husband was a great entrepreneur who developed his company in the United States for ten years. They rounded each other out: he was a discreet, brilliant businessman, she an open-minded, affable woman keen to bring people together around them and deepen their relationships. She also made “wise real estate investments and had a flair for decision-making,” says Mr. Leprette. She died childless on November 18, 2021, 11 years after her husband, and had asked her friend to take care of selling her collection, furniture, and other objects in her last apartment, on rue de Grenelle. Some of the contemporary works are not included in the catalog and will certainly be donated to institutions in the United States.

A Classic Interior…
Pictures of the bourgeois apartment are striking. The classic pieces in the hallway, such as immense 18th-century style white glazed ceramic statues, are estimated €3,000/5,000. In the living room, a pair of 18th-century German Boulle marquetry cabinets (€8,000/15,000) stand guard opposite Louis XV caned chairs and numerous old paintings, including a still life by a follower of Daniel Seghers, Garland of Flowers, estimated €3,000/5,000. Rembrandt Bugatti’s My Dog Wurst, a bronze sculpture of the artist’s faithful companion cast by Hébrard, cannot be missed on a table in the center of the room (see photo). Bugatti became the benchmark for animal art at the turn of the 19th and 20th centuries (€30,000/50,000). Bought at auction, it is one of the five known proofs of the model the sculptor created in 1905. The plaster original is in the Musée d’Orsay.

… But Eclectic Tastes
The breadth of those friendships echoed Catoune’s tastes. Always open to new things, her avant-garde choices were sometimes guided by trusted auctioneers, such as Pierre-Yves Lefèvre and Étienne Dumont, other times inspired by her relationship with a particular artist. Around 1980, she met photographer Lucien Clergue, who, like her, owned a house in Fontvieille near Arles. The photographer introduced the collector to artistic circles and gave her several photographs that were still in the rue de Grenelle apartment, such as the Saltimbanques (Street Performers) portfolio published in Marseille in 1980 (€30/40) and a 1956 silver print of her friend Pablo Picasso in Cannes expected to fetch €400/600.

Want to receive news and updates about auctions?
Sign up for our newsletter
In the 1980s, a large Italian artistic community gravitated around Alberto Moravia, the author of Contempt (filmed by Jean-Luc Godard in 1963), in New York. The writer, as well as Mimmo Rotella, Antonio Recalcati and Valerio Adami, was a frequent visitor to the Didiers’ apartment at the chic address of One Sutton Place. The collection includes works by Recalcati and Adami, who illustrate two interpretations of narrative figuration. The self-taught Recalcati never stopped reinventing himself, aiming to challenge and even shock. In 1980, he moved to New York for five years. This important stay inspired him to paint urban scenes with strong imagery where basketball courts are recurring themes, as in a 1983 painting estimated €1,500/2,000. Recalcati gave the collector this work, as well as Pincel No. 3, a 1978 acrylic on canvas (150 x 150 cm/ 59.05 x 59.05 in), estimated €800/1,000. Adami was closer to Pop Art, especially in his use of bold, flat colors and black-encircled drawings. He will be represented by a large work with, as is often the case, a puzzling title and narrative potential: La Vostra opinione su questo quadro (Your Opinion about this Picture) (€20,000/25,000).


Boldness and More Boldness
Catoune loved New York, a multicultural city where people from all walks of life, whether industrial, financial or artistic, mix and mingle. The modern, vibrant city was a perfect fit for a woman who piloted a Riva motorboat in Saint-Tropez Bay alone and frequented the famous Club 55. It is as impossible to put a label on the woman as it is on her eclectic collection. Her house in Saint Barth, which was sold furnished long ago, struck quite a different note, with designer furniture by Eames, Nelson, Panton and Jacobsen. Catoune lived with her times. Interested in fashion, she was dressed by Karl Lagerfeld and Paco Rabanne (a sleeveless gown in two-tone silver chain-mail is estimated €500/600) and loved jewelry. She was a friend of Cartier’s president in New York. In fact, the catalog includes a magnificent jointed yellow gold Cartier necklace with openwork rectangular links holding three adult elephants and one baby in the center, entirely paved with round brilliant-cut diamonds (€7,000/10,000). “She liked contemporary and avant-garde art,” says Mr. Leprette. “We often went to the Venice Biennale together. She also liked the conceptual art of Christo, whom she met in the United States.”

The couple’s first apartment on rue des Saints-Pères already contained many of her paintings, furniture and decorative objets, including The Card Game, a charming, childlike gouache signed by Alexander Calder dated 1974 (€60,000/80,000), and Jean-Paul Riopelle’s C’est rocheux (It’s Rocky), a painting from 1974 (€100,000/150,000, see photo). Mrs. Didier bought it from her friend Parisian art dealer Aimé Maeght. It fully illustrates how in the 1950s the Quebec artist turned towards an impasto approach to painting. Her attraction to abstract art can also be found in works by lesser known names, such as Polish artist Marie Sperling, who had a modern style characteristic of the Paris School before abandoning figurative art, as attested in several works from her family, including a mixed media on paper estimated €80/120. Catoune neither snobbishly followed trends nor thought of art as an investment. Her collection is as authentic as she was.