It will take at least six years and over 300 sessions to sell the entire stock and collections of Aristophil, said auctioneer Claude Aguttes when he announced the opening sale, taking place on 20 December at Drouot. In thirteen years, the French company, which was placed into liquidation after the investigation into its... 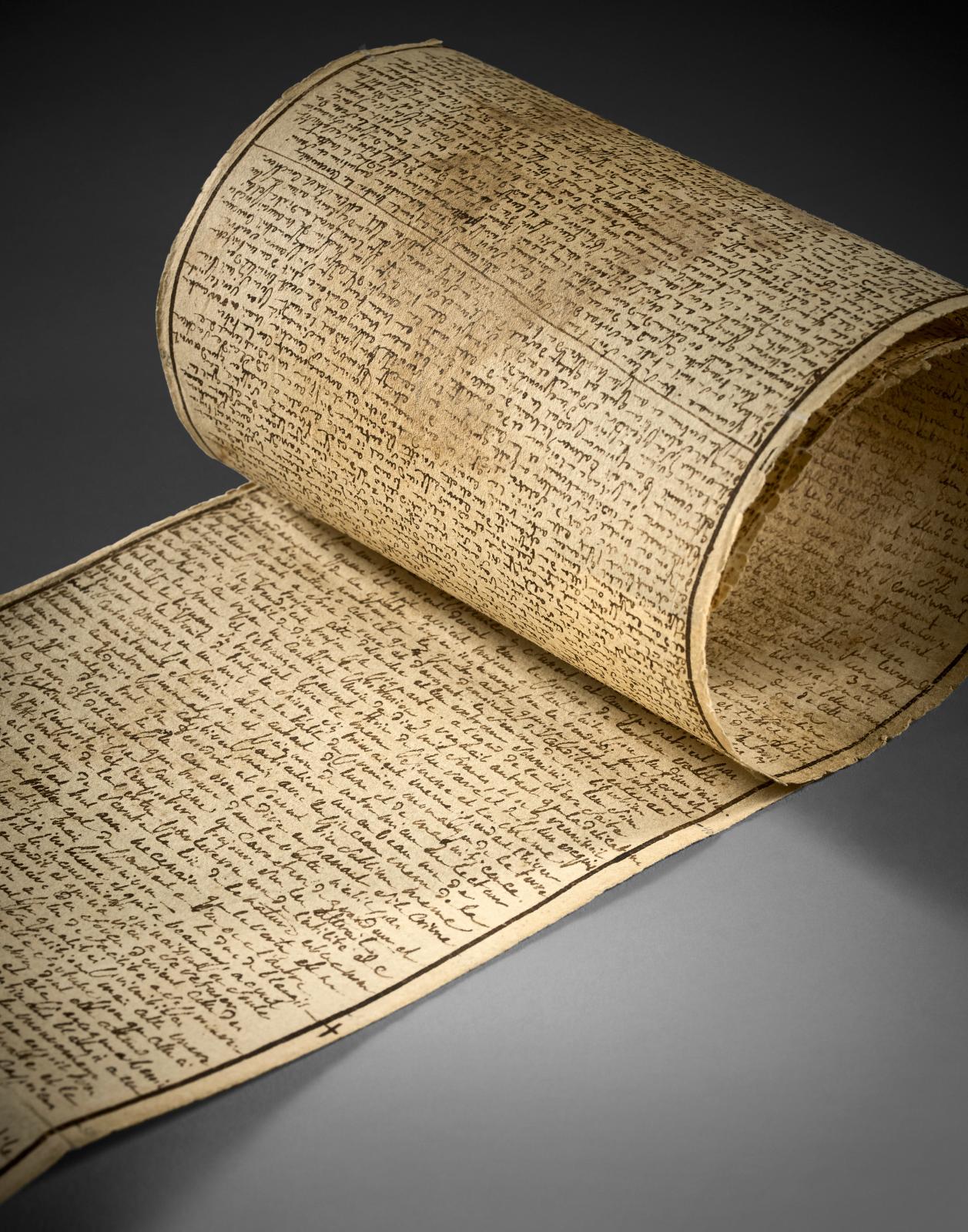 It will take at least six years and over 300 sessions to sell the entire stock and collections of Aristophil, said auctioneer Claude Aguttes when he announced the opening sale, taking place on 20 December at Drouot. In thirteen years, the French company, which was placed into liquidation after the investigation into its senior managers, had collected over 130,000 manuscripts, objects and documents. 18,000 clients had invested a total of €850 million in what the prosecutor exposed as a Ponzi scheme. Gérard Lhéritier, its founder, has strongly contested this accusation. He has refused to comment on the liquidation of his company (the investigation is ongoing, four years after the indictment). Appointed by the liquidators of the commercial court to oversee the inventory and coordination of the sales, Claude Aguttes wanted to offer a sample of the erstwhile company's apparently somewhat mixed collections. Over eight months, the auctioneer's specially assembled team checked the 130,000 pieces, which were set up in secure premises after being moved under guard from the Chenue storehouse. Some initial restitutions were carried out.

Sade and Breton
For this opening sale, the auctioneer decided to present a snapshot of the collection built up by Aristophil. Nearly 200 lots will be going under the hammer: manuscripts (naturally, as they form the main core of the collection), together with drawings and souvenirs, like a lock of Napoleon's hair and Diaghilev's calling cards. After that, the sales staged in the rooms at Drouot, which will involve other auction houses as well, will divide up the objects according to specialty. The crown jewel is incontestably the long roll – over 12 meters long – hidden by the Marquis de Sade in his cell at the Bastille in Paris, on which he meticulously wrote "Les Cent Vingt Journées de Sodome" in minuscule characters on both sides. This had been stolen from Nathalie de Noailles in 1982 before resurfacing with the collector Gérard Nordmann in Switzerland. Aristophil had been able to buy it in 2014 from his children, compensating the Noailles family (Gérard Lhéritier said he had spent €7 M on the transaction). The following year, the company was put into liquidation. Estimated at €4-6 million, this extraordinary piece alone accounts for nearly a third of the total result expected for the sale: €12-16 million. Another major manuscript on offer the same day is the "Manifesto of Surrealism" written by André Breton in the summer of 1924, asserting his faith in "the resolution of two apparently contradictory states: dreams and reality". This autograph text of 21 pages, the only complete version, which includes numerous corrections, will be accompanied by the "Second Manifesto" of 1930 and, very significantly, by "Poisson soluble". This poem, with which Breton relaunched the automatic writing experiment he had already tried out with Philippe Soupault five years earlier, was published by Simon Kra in October 1924 with the "Manifesto" as a preface. This will be followed by the seven preparatory notebooks for "Poisson soluble". The entire group, brought together for the first time, will be offered with a "multi-unit option", at an overall estimate of €4.5/5.5 M.

For bibliophiles and other enthusiasts
Next we find the manuscript of "Ursule Mirouët", a fantastical tale giving us a glimpse of Honoré de Balzac's fascination with the demonic powers of magnetism (estimate: €800,000/1.2 M), and also, on offer at less than €50,000, the calligraphy version by Alexandre Dumas of the play "L’Alchimiste", which he had written with Gérard de Nerval as a gift for Tsar Nicholas I. One of the oldest stories is the life of Alexander the Great by Quintus Curtius: the only fragment by this author that has come down to us in the form of a 15th-century illuminated French translation (€300,000/500,000). Also going under the hammer are scores by Strauss, letters from Stendhal, a death mask of Victor Hugo taken by Jules Dalou, photographs by Jacques Henri Lartigue, a drawing by Parmigianino estimated at €80,000/120,000, further drawings by Boucher and Tiepolo, a Lalique pendant, a hunter case watch owned by Marie-Louise of Austria, and thirteen objects from the "Bonaparte" collection, including a glove and a travel kit belonging to the Emperor himself. Coming up in future sales: manuscripts from the Dead Sea, Balzac's "Garde-manger" or journal, and a huge number of letters and objects of more minor interest. To quote the auctioneer Claude Aguttes: "There is no way of assessing the total value of this collection," nor of gauging its reception during the many years of its dispersion.