A love letter and historical documents set the auction alight, and several preemptions honored the duty to remember. 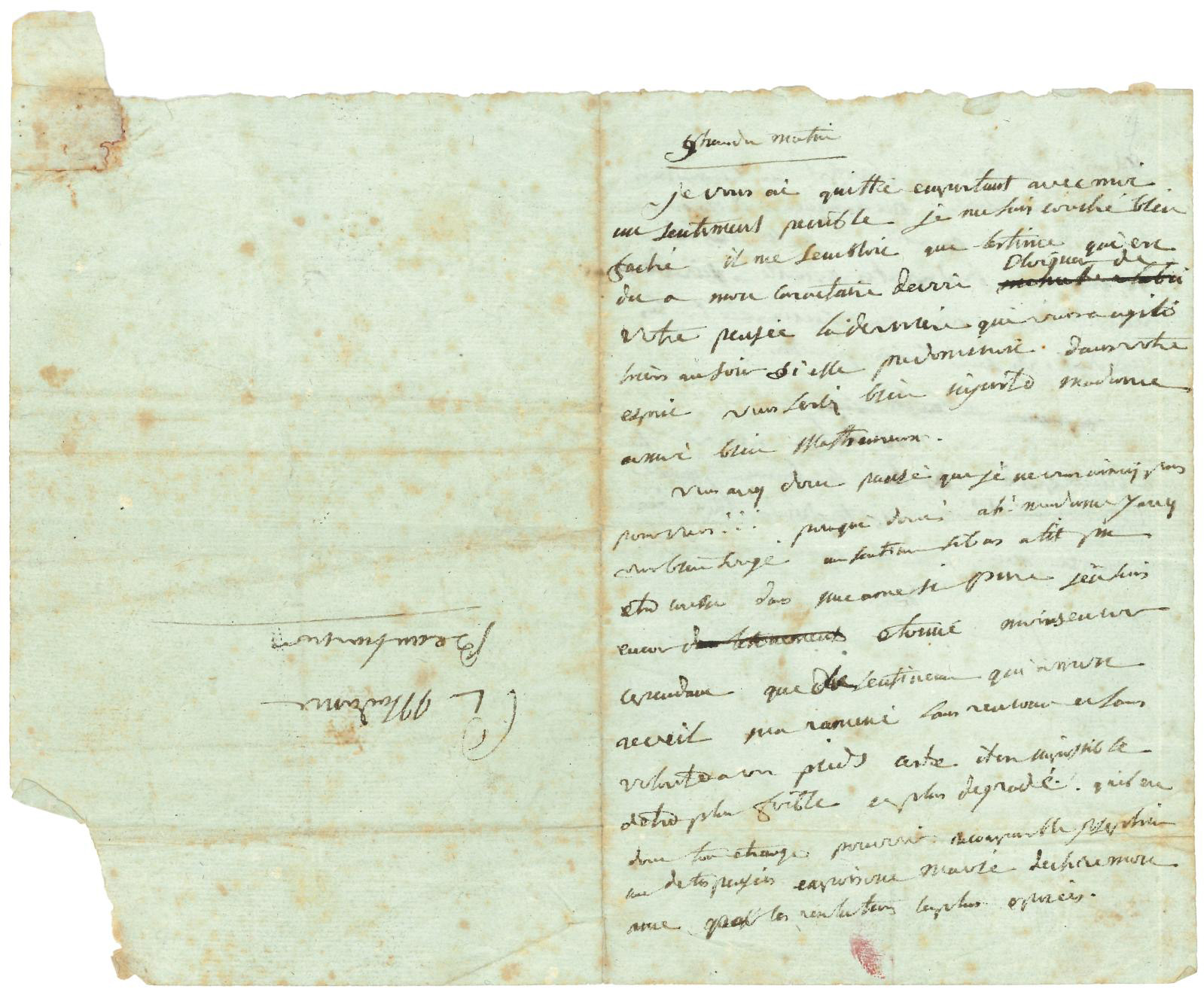 "I am giving you three kisses: one on your heart, one on your lips and one on your eyes". This vibrant declaration of love sent from the young General Bonaparte to Josephine a few days before their wedding at the town hall in the second arrondissement of Paris on March 9, 1796, could not but warm even the coldest heart. It fetched €136,500. Historians have never cast any doubt on Napoleon’s love for his first wife, and this missive is particularly moving proof of that. A document written in exile on Saint Helena is more consistent with his image as an imperial strategist. To his ever-faithful General Bertrand he dictated an important set of working notes intended for a book on the art of warfare, Essai sur la fortification de campagne (Essay on Field Fortifications), illustrated with 42 drawings and accompanied by an account of the Russian campaign (€61,100). The dethroned emperor had taken books with him into his last exile, including a copy of Baron Joseph Rogniat’s Considérations sur l'art de la guerre (Considerations on the Art of War), acquired for €58,133. Deeply hurt by this former officer’s harsh criticism of him, he added 188 handwritten annotations.

A Parade of Preemptions
Then institutions joined the battle. First, for €2,600 the Ministry of Defense preempted 41 letters that a private in the Grande Armée sent from Austerlitz and Poland to his family between 1803 and 1806. They vividly attest to the period as the troops lived it, offering a bottom-up view that brings history to life. Among the other noteworthy acquisitions, for €46,800 the City of Montpellier bought the manuscript memoirs of Jean-Jacques-Régis de Cambacérès, enriched with many comments. For €26,000, the French National Archives bought six manuscript chapters of the memoirs that Napoleon dictated to his manservant Louis-Étienne Saint-Denis, dubbed the "Mameluk Aly", on Saint Helena. Here again, the fallen emperor made many corrections. In a completely different vein, but also shedding light on history, the National Archives also preempted a set of 47 autograph letters that Dominican Henri-Dominique Lacordaire (1802-1861) sent to Madame Swetchine (1782-1857), his favorite correspondent, between 1833 and 1849 (€3,510).

Aristophil: Fourth Sale
Not to be missed
Lots sold