This 55th sale was one of the most eagerly awaited, as the final stage of a journey that began on December 20, 2017 at Drouot. 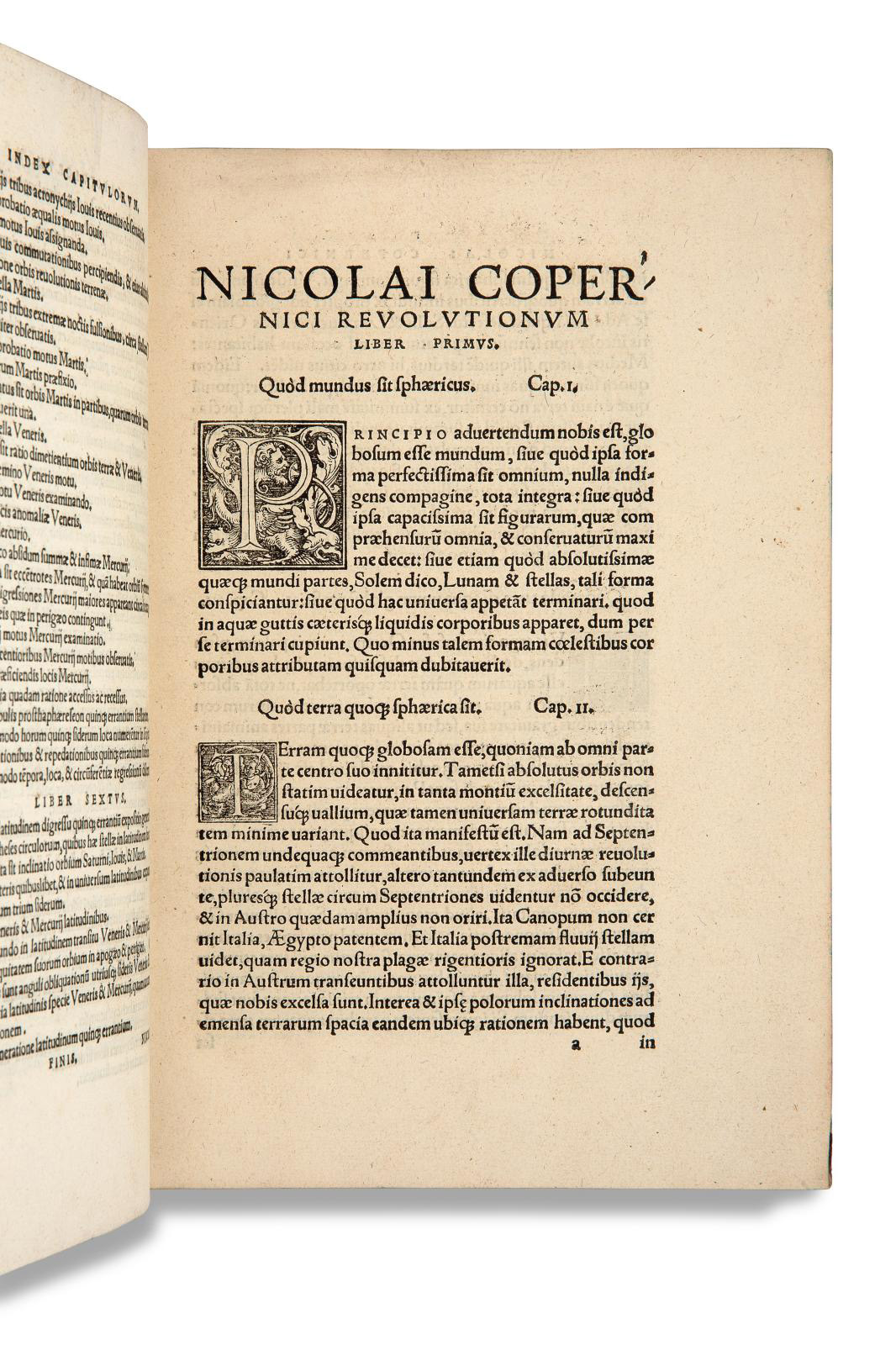 The Aristophil adventure ended with a final total of nearly €7 million—€6,885,574 to be exact—and Claude Aguttes confessed that he felt rather emotional about it. Various gems had been especially saved up for this chapter, entitled "Two thousand years of writing: from papyrus to the printed book". The paper treasures were headed by this first edition of a vastly famous scientific text, by the man who quite simply revolutionized our conception of the universe: Re revolutionibus orbium coelestium, by Nicolas Copernicus (see photo). Illustrated with decorative initials and 148 figures in the text, this work, published a few days before the astronomer's death, did not provoke much debate at the time. It was only in 1616 that the theory of heliocentrism was vilified as heresy. All this was well worth the €606,576 it garnered.

Prints and antiques
This sale took us back to the early days of printing in Germany: also a considerable revolution in its own way. Among nine lots fetching over €200,000 was a first edition on vellum of the expanded version of the letters and treatises of St. Jerome by Gutenberg's principal associate, Peter Schöffer (1425?-1503?). This was lavishly illuminated in two workshops: the first associated with the Waldburg-Wolfegg Hausbuch and the Pontifical of Adolf of Nassau (archbishop of Mainz) and the second linked to one of the artists of the Heidelberg Virgil. This copy, known as the "Doheny", is one of the finest examples of early printing in Mainz (429 658 €). €353,836 went to an incunabulum, the Biblia Latina, by a pupil of Gutenberg, Heinrich Eggestein (c. 1415-1488). It is the first book he printed (no later than May 24, 1466). Along with Johannes Mentelin, this native of Alsace, after studying at the University of Louvain, was one of the first printers and typographers in Strasbourg, where his presence is attested from 1438. This Bible is a monument in the history of printing, published about ten years after Gutenberg's Bible, which served as a model. The Epistle of Paul to the Romans, written between the late 5th and early 6th centuries, came from the monastery of Saint Catherine of Sinai, and fetched €299,000. It is a fragment in Syriac on coated parchment from an important, long-lost Biblical codex called the Peshitta. It was not written in the scriptorium of the famous monastery founded by Emperor Justinian between 527 and 565, but was probably brought there—like many others— by Christians fleeing the Arab invasions during the 7th century.

Ten pre-emptions
The ten pre-emptions greeting the final chapter brought the total number of pieces acquired through this means to 335! The Bibliothèque Nationale de France was firmly present during these rounds. This time, it intervened on behalf of its Maps and Plans Department to capture a manuscript nautical atlas: a document classified as a national treasure. Compiled by the Marseille native Honoré Boyer in 1648, this portolano was scooped up by the Parisian institution for €266,500. Its author is unknown, and features in no specialized lists. He was perhaps an amateur who drew on Spanish, Portuguese and Italian atlases to produce this little masterpiece: an unicum that thoroughly deserves to be in the Bibliothèque Nationale. It also reminds us that in the 17th century, Marseille was one of the major centers producing nautical charts: documents indispensable to any navigator of the time. The Ministry of Armed Forces carried off an autograph manuscript of the three short stories by Alfred de Vigny (1796-1863) forming the book Servitude et grandeur militaires (The Military Necessity: 1833-1835) for €58,500, while the library of the Institut de France treated itself to Pierrette. Scène de la vie de province (Pierrette: A Scene from Provincial Life) by Honoré de Balzac (1799-1850) for €42,965. Meanwhile, the municipal library of Évreux acquired a Book of Hours according to the city’s rite for €14,300, and the Departmental Archives of Haute-Marne a manuscript of Robert de Bourgogne for €8,060.

To conclude this final round, Les Conquêtes ou Batailles de l'empereur de la Chine (The Conquests or Battles of the Emperor of China), engraved under the supervision of Charles-Nicolas Cochin between 1769-1774, seemed highly fitting. This folio contains the first printed version of the complete set of the 16 prints commissioned by Qianlong from France to celebrate his military victories. It fetched €214,829.

Chrétien de Troyes: Master of the French Medieval Romance
Not to be missed
Lots sold