Neo-Impressionism on either side of the Atlantic

Paintings by Émile Bernard, Maurice Denis and Richard Edward Miller set this Brittany sale on fire with some glowing results. 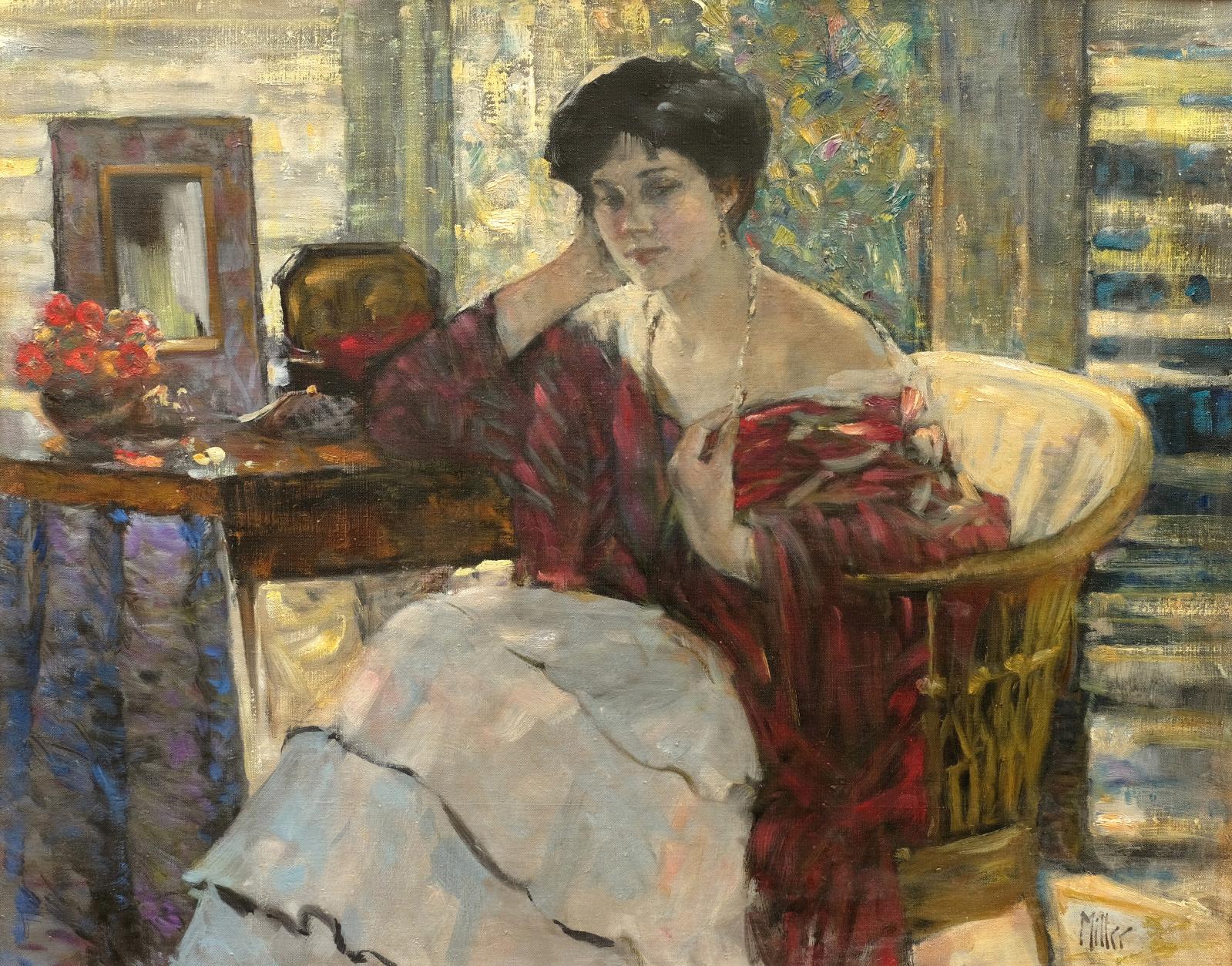 A Southern Frenchman won the palm at this sale: Henri Martin, with a vibrant Port de Collioure (The Port of Collioure) that garnered €131,760, no less. The Toulouse-born artist stayed regularly in the Roussillon port from 1923 to 1939, and finally bought a house there. This painting with its impeccable provenance was bought in the 1930s by the family of its latest owners. With €126,880, an American lover of France took second place: Richard Edward Miller. After moving to Paris in 1898, he developed a style inspired by Impressionism, and mixed regularly with the circle of Giverny artists. He then returned to the US, where he became an intimist chronicler of women's lives, as with this Young woman with a necklace. Another exalter of women, Henri Le Sidaner painted many scenes with female protagonists depicted in a Symbolist ambiance, like Marguerite Bouchet en barque, crépuscule, Montreuil-Bellay 1896 (Marguerite Bouchet in a boat at sunset, Montreuil-Bellay 1896), which fetched €76,860. This work is listed in several publications, including a book by Yann Farinaux, Le Sidaner (published by Sauret, 1989). But this sale in Brest would not have been complete without an ascetic Nature morte aux tomates et oignons (Still life with tomatoes and onions) by Émile Bernard, dated 1895. It took €54,900 to land this composition painted by the artist in his palace in Darb-el-Guenena, Cairo.

Fireworks for Henry Moret in Brest

A final look back at a sale in the summer of 2019, which featured several paintings by Henry Moret in Brest. 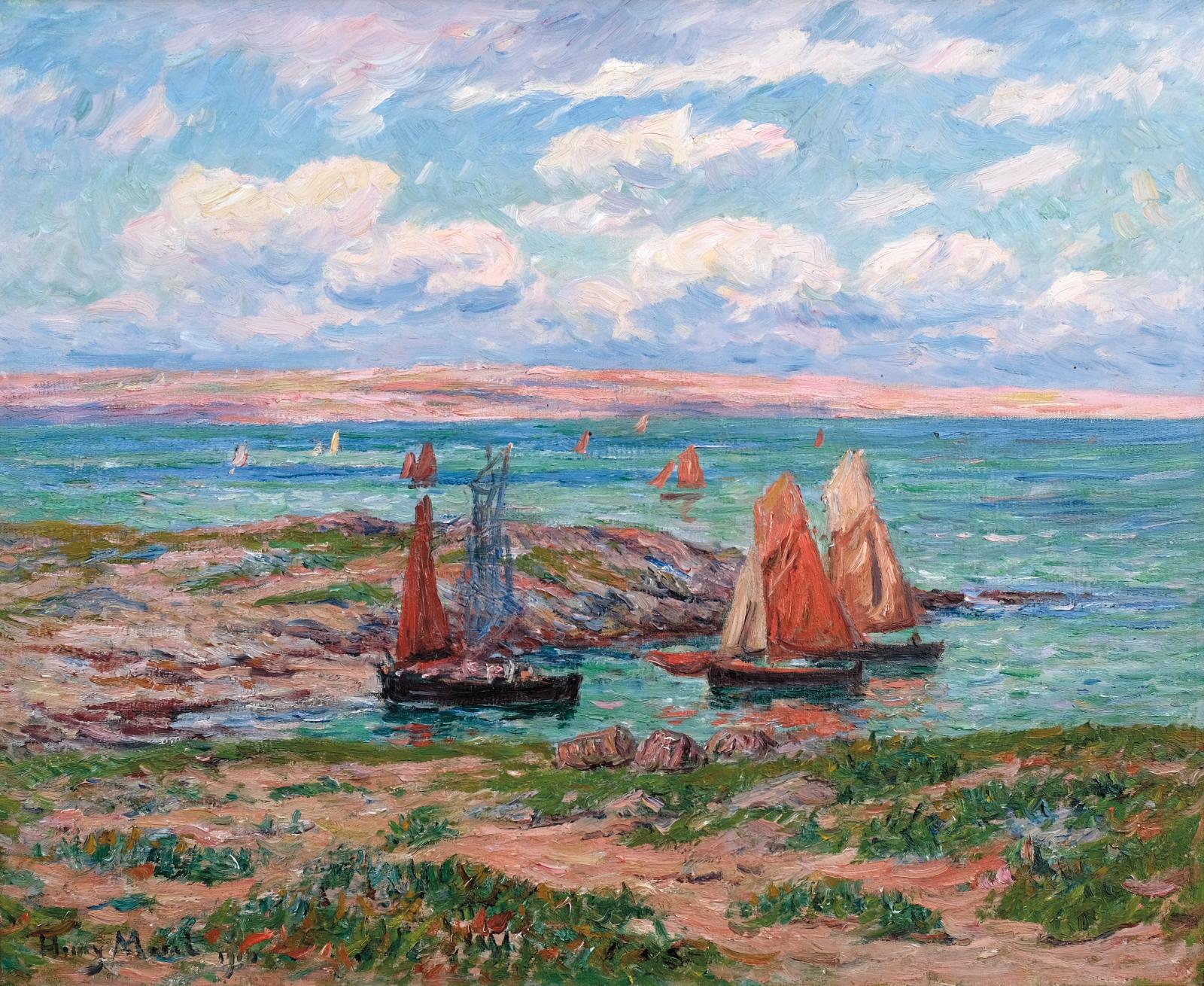 The most appealing, Baie d'Audierne, Finistère, which started off with an estimate of €120,000, finally romped in at €220,820: a fine bid for the artist, and one of his best-ever results (source: Artnet). This technically brilliant work was painted during the painter's last years, a period when he was a frequent visitor to the shores of Cap-Sizun. He often returned to the Audierne area and the Pointe du Raz promontory, capturing the variations of light in the sky and the changing colours of the waves. With €92,720, another of his works, Pêcheur dans les falaises vers Doélan (Fisherman at the cliffs near Doélan) (65 x 54 cm), came second in the results. It was painted in the immediate vicinity of this little port in Finistère, close to Le Pouldu, beloved by Gauguin and his followers. We can also mention that this came from the Roger Agnus gallery in Paris and was accompanied (like all its works by Moret) with a certificate from Jean-Yves Rolland.The painter also produced Automne près du Vernisson à Boismorand, dans le Loiret, dated 1900 (73 x 60 cm). Here, abandoning the ocean shoreline, he lingers on the autumnal charms of the countryside in the Loiret region. The painting fetched €61,000. 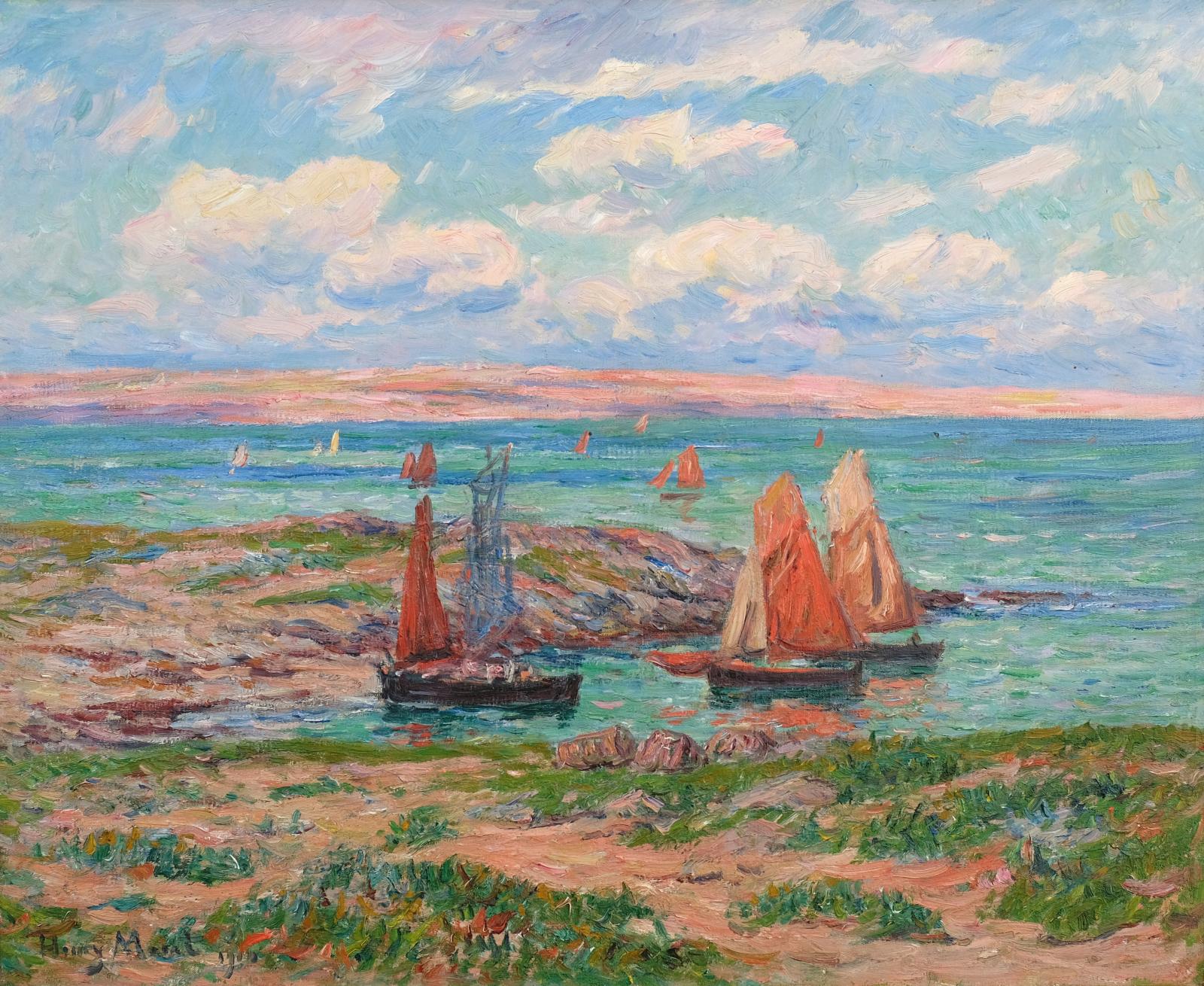 Newsfeed
See all news
Roving Portraits of American Life Roll into Three US Cities
Get Up Close and Personal With Raphael's Cartoons
Recently-Uncovered Ancient Pottery Offers New Clues to Historic Trade Routes
Pioneering American Sculptor Barry Le Va Has Died, Aged 79
Not to be missed
Lots sold
A Snapshot by Mary Cassatt
Three first-rate works dazzled at this auction, starting with a…
Lots sold
A French Chocolate Company’s Famous Advertisement
The unmistakable little girl’s look was updated in the late 1920s—and…
Lots sold
From the Sahara to a Dreamlike India, with Jouve and…
An invitation to faraway journeys was illustrated by the magnificent…
Lots sold
Felix Ziem and the Gardens of the Venetian Lagoon
This first sale of the year, focused on 19 th -century landscapes,…