The woman who launched the "Petit h" collection at Hermès has always had a passion for fine craftsmanship. Today she is sponsoring an auction devoted to contemporary designers. 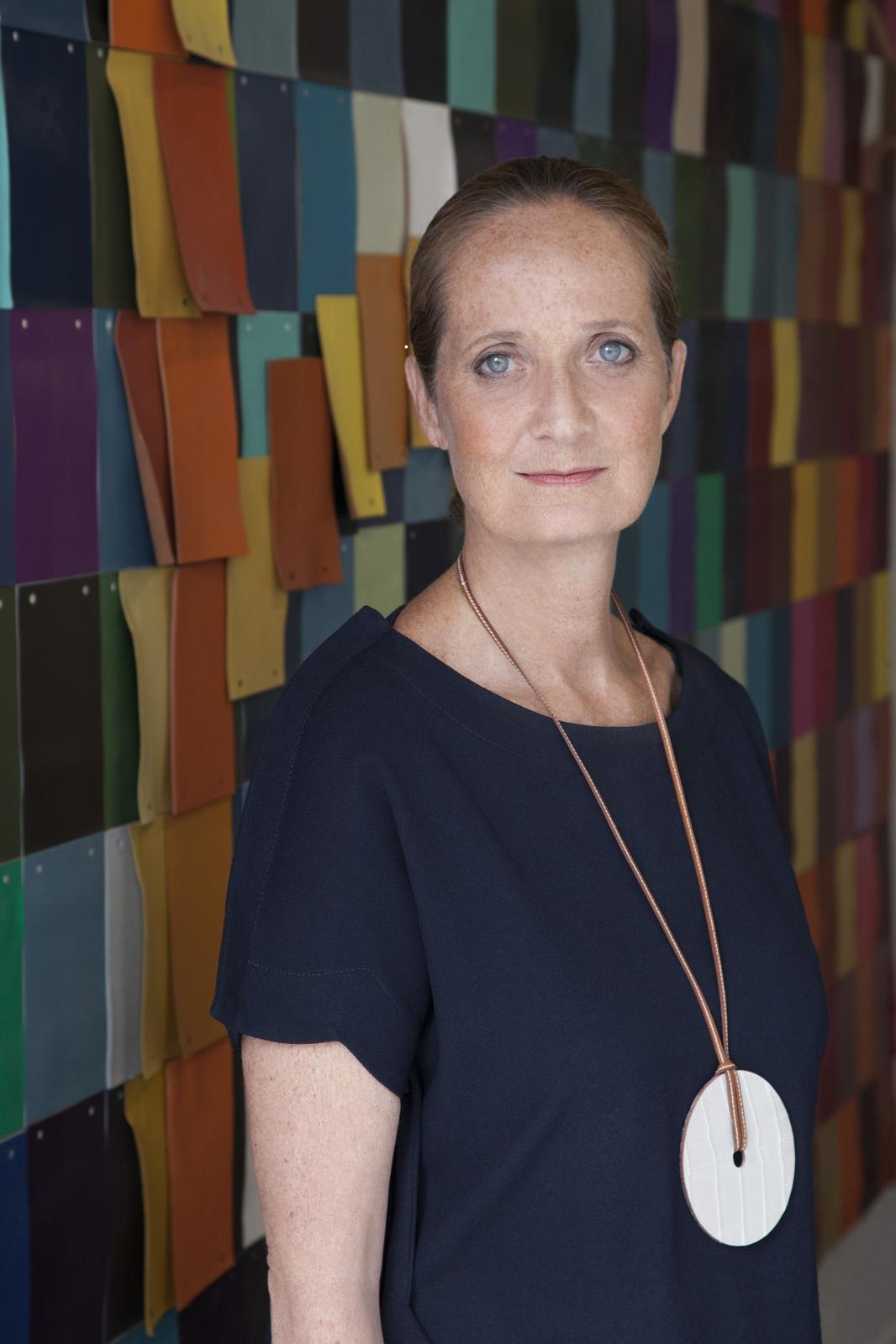 How did you find yourself head of the Villa Noailles?
I was president of the friends’ association before replacing Didier Grumbach as head of the villa three years ago. It's a project I'm passionate about. With its director, Jean-Pierre Blanc, we’re thinking about its future. The fashion festival is increasingly successful and we have to manage the crowds. We also have a design festival in June with Mathieu Lehanneur as president of the jury this year, and both of us launched "Design Parade", which showcases interior designers like Vincent Darré and Pierre Yovanovitch. Our goal is to pursue the vision Charles and Marie-Laure de Noailles had when they designed the villa, to imagine what they would do today if they were alive. We also launched a major project by historians and last year we published a book on the Noailles and the designers they worked with.

In addition to the iconic villa designed by Mallet-Stevens, you were fascinated by the Noailles’ personality.
Exactly. I met Charles de Noailles once, when I was very young. My grandfather took me to see Edmond Roudnitska, a nose who helped to create many perfumes for Hermès. It was in Cabris, near Grasse, and on our way back we went to see Charles de Noailles. I remember being enthralled by the garden and by that wonderful and very kind man, while my grandfather was very strict and terrorized me a little!

Who was your grandfather?
Jean Guerrand, one of Emile Hermès's sons-in-law. He created the house’s perfumes.

What did your father do?
He was an architect. That's what I wanted to do, too, but he talked me out of it. He thought it was too hard for a girl. So I studied business and law before being hired by Nicole de Vésian, an extraordinary woman who had a trend-forecasting agency. For two or three years, I worked there with a boy my age named Christian Lacroix! Then Hermès hired Nicole and we followed her. A twist of fate.

She didn't know about your family ties?
I don't think so. My name was Pascale Siegrist. I was very shy and couldn’t understand what Nicole saw in me. But I immediately felt like a fish in water. I started buying materials, accessories, then I took care of the press, exhibitions, artistic direction. Jean-Louis Dumas had been chairman since 1978 and I got along wonderfully with him. Annie Beaumel, one of the women who inspired me the most, was also there. Famous for her windows, she brought colour, dreams, disorder, fantasy and femininity to a very masculine house. This poetic world then became even more dreamlike with Leila Menchari.

In 2010, you launched the "Petit h" collection. How did it start?
I wanted to talk about working with hands, to imagine a horizontal relationship between crafts and to design objects that told a story with scraps, what a craftsman once more nicely called "forgotten materials". I had a feeling, a hunch that we could make something out of any little bit of leather or silk nobody even thought worth a glance. I’d go into the workshops and pick up anything lying around. Then, with artists or designers, I designed a flying teapot and a goat bookcase. I thought Hermès needed a little push. I’d sent the family members a letter telling them that I was going to make UPOs, unidentified poetic objects. Nobody took me seriously, but it worked right from the start.

Why did you decide to stop last year?
I didn't stop, I passed the torch to Godfrey de Virieu. The project has grown and become something very important. I used to work with two craftsmen. Now there are about 10 of them. This requires more organisation. I liked it when it was like a laboratory in the spirit of Émile Hermès, who was obsessed with innovation.

Was he important to you?
Very. My parents moved into his flat and I met my great-grandmother, who lived surrounded by objects her husband collected. Objects with a system, with complications, whose ingenuity fascinated him, or linked to travel, which made him dream. Every morning, he would leave Place Saint-Augustin, where he lived, walk to the workshop, then continue on to Drouot. He was the great collector in the family.

Is his collection the basis of the museum in his former office?
Yes. My grandmother hated it when her father's office was called a "museum". I spent a lot of time there. The family has never stopped buying objects and enriching the collection, which is the essential source of inspiration for the house's creators. When you see it, you understand what Hermès is all about.

Do you remember anything he bought at Drouot?
That’s a subject in itself! There are so many... A drawing by Alfred de Dreux, an equestrian portrait of Louis XIV and a travel kit for men by Martin-Guillaume Biennais.

That gives the sale you’re sponsoring all its meaning.
You said it. In 1993, Jean-Louis Dumas hired Côme Remy to create the Conservatoire des créations Hermès. When he left, we kept in touch. Twenty-five years later, he and Charlotte Du Vivier-Lebrun had the idea of organising this sale dedicated to contemporary designers, at the time of the Revelations show. Like me, they are passionate about craftsmanship. They asked me to make the selection with them and to put them in touch with the designers I knew, such as those who have attracted notice at the Villa Noailles. We’ve gathered about 80 of them, and 120 pieces will be auctioned.

The Ethical Aesthetics of William Amor