In a remarkable state of conservation and in its original frame, Un Philosophe lisant (A Philosopher Reading) set a French record for the master of libertinage. 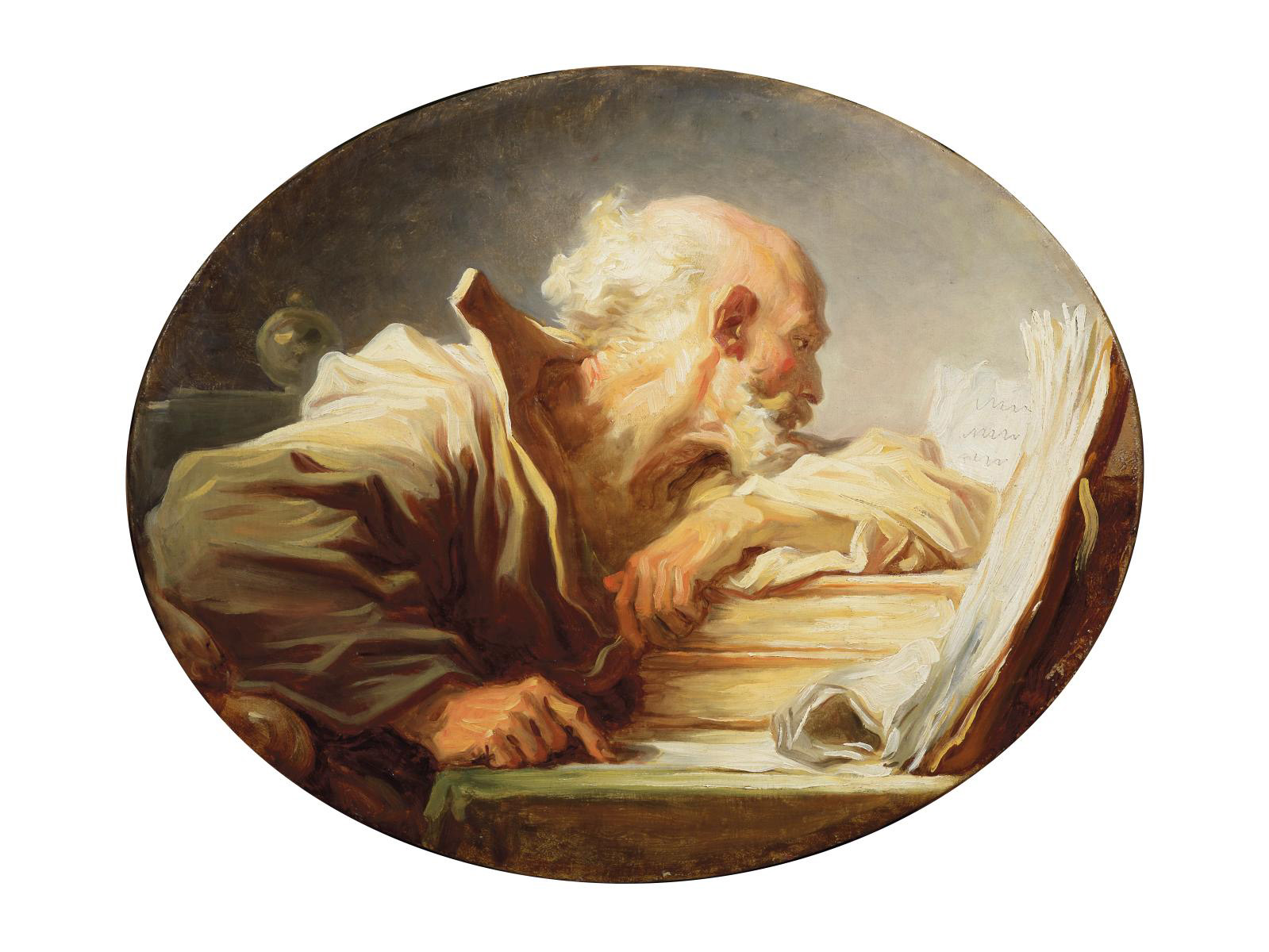 Found on the wall of a living room in the Marne by Antoine Petit, Jean-Honoré Fragonard’s Un Philosophe lisant (A Philosopher Reading) fetched €7,686,000, nearly four times its high estimate. The head-spinning sum underscores the rarity of this undiscovered Fragonard masterpiece and makes it the second-most expensive painting by the master of gallant scenes after the famous Portrait de François-Henri, 5e duc d'Harcourt, which sold for £17,106,500 at Bonhams in London on December 5, 2013 (source: Artnet). On Saturday, June 26, the world’s greatest connoisseurs were in on the sale. After a fierce battle between seven bidders, a French collector outbid one of his countrymen to acquire the work.

Although this oval composition on its original canvas had been missing for 200 years, at least nine handwritten period sources mention the existence of paintings of old men’s heads by Fragonard. This is one in a series of “fantasy” portraits that the artist painted about 1769, in which he used an already very modern stroke with virtuoso impasto. The Épernay Philosophe could be a work described in the 1778 inventory of miniaturist Pierre Adolphe Hall’s collections. A more affordable gem accompanied this work: Italian artist Domenico Dupra’s oval portrait of Charles Edouard Stuart (82 x 66 cm/32.28 x 25.98 in), which fetched €189,100.

tableaux, mobilier et objets d'art
Enchères Champagne
Info and sales conditions
Salerooms
Newsfeed
See all news
French Culture Budget Increases by 7.5 Percent
€840M Collected for the Reconstruction of Notre-Dame
FIAC Announces its Artistic Program
1:54 Contemporary African Art Fair, Ready for a 9th Edition
Not to be missed
Lots sold
From the Living Room to the Bedroom: Cannes-Style El…
The sale of the entire stock of furniture from a château in the…
Lots sold
The Art of Fin-de-Siècle Jewelry
In Lyon, two imposing necklaces conjured up the balls and evening…
Lots sold
Impressive Dutch Style Marquetry and an 18th-Century…
In Lorraine, the contents of a very fine residence set off to new…
Lots sold
Valtat: The Virtuoso of Color
The painter, famous for his vivid landscapes, was celebrated through…