A brisk westerly wind blew through Paris thanks to two oil on canvas paintings by Henry Moret. 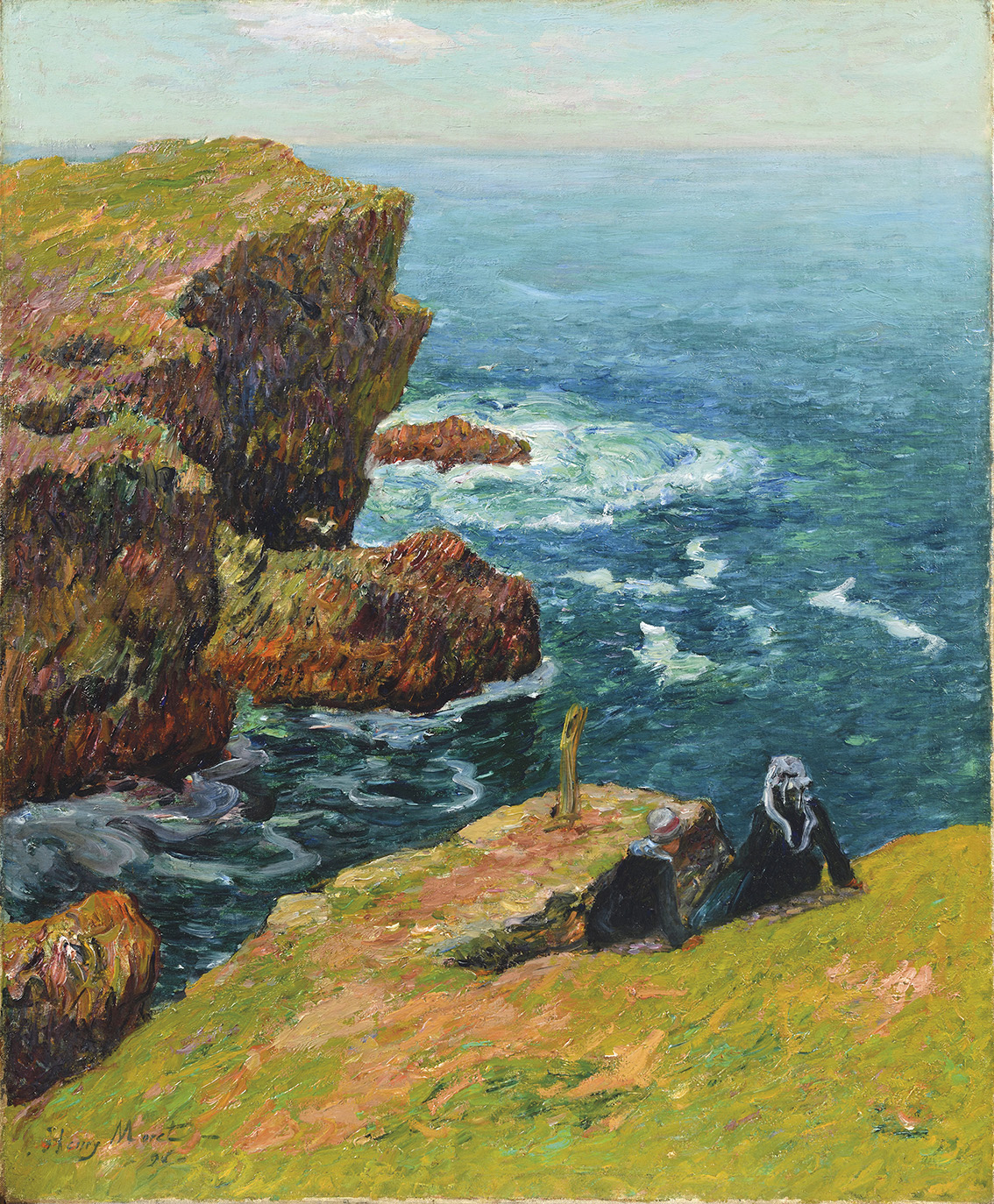 Two paintings by Henry Moret (1856-1913) were presented, each imbued with the deep sense of the sea so characteristic of his œuvre. Paul Durand-Ruel exhibited both at the May 1898 Paris exhibition "La mer par Henry Moret" (The Sea by Henry Moret). Moret’s meeting the gallerist, who famously promoted Impressionism, was a key turning point in his career. From then until his death, the gallery bought all of the painter’s output: some 650 paintings. The first of ours, Baie de Lampaul, Ouessant (Lampaul Bay, Ushant), painted in 1895 in brisk, bold orange, green and blue brushstrokes, fetched €178,640. The second, La Côte de Moëllan (The Moëllan Coast), dates from the following year and sold for €187,680. As usual, Moret set up his easel on the edge of a cliff and painted a high-angle view, a technique he learned from Japanese artists, with a high horizon and a narrow strip of sky. structured colored masses and Impressionist-like brushstrokes capture atmospheric effects, strong winds and seafoam. As luck would have it, the 19-year-old Norman-born Moret did his military service in Lorient. He immediately fell in love with Brittany, a place where the sea meets the sky, and endlessly painted it at all times of day and in every season.

Another work that was closely watched was: Nus subconscients (Subconscious Nudes), 1928 oil on canvas by Luigi Colombo, known as Fillia (1904-1936), a second-generation Italian futurist influenced by the mechanical art of Giacomo Balla (1871-1958). He died young and his works are scarce on the market. This one fetched €69,340, the fourth-highest price ever paid for one of his works (source: Artnet). 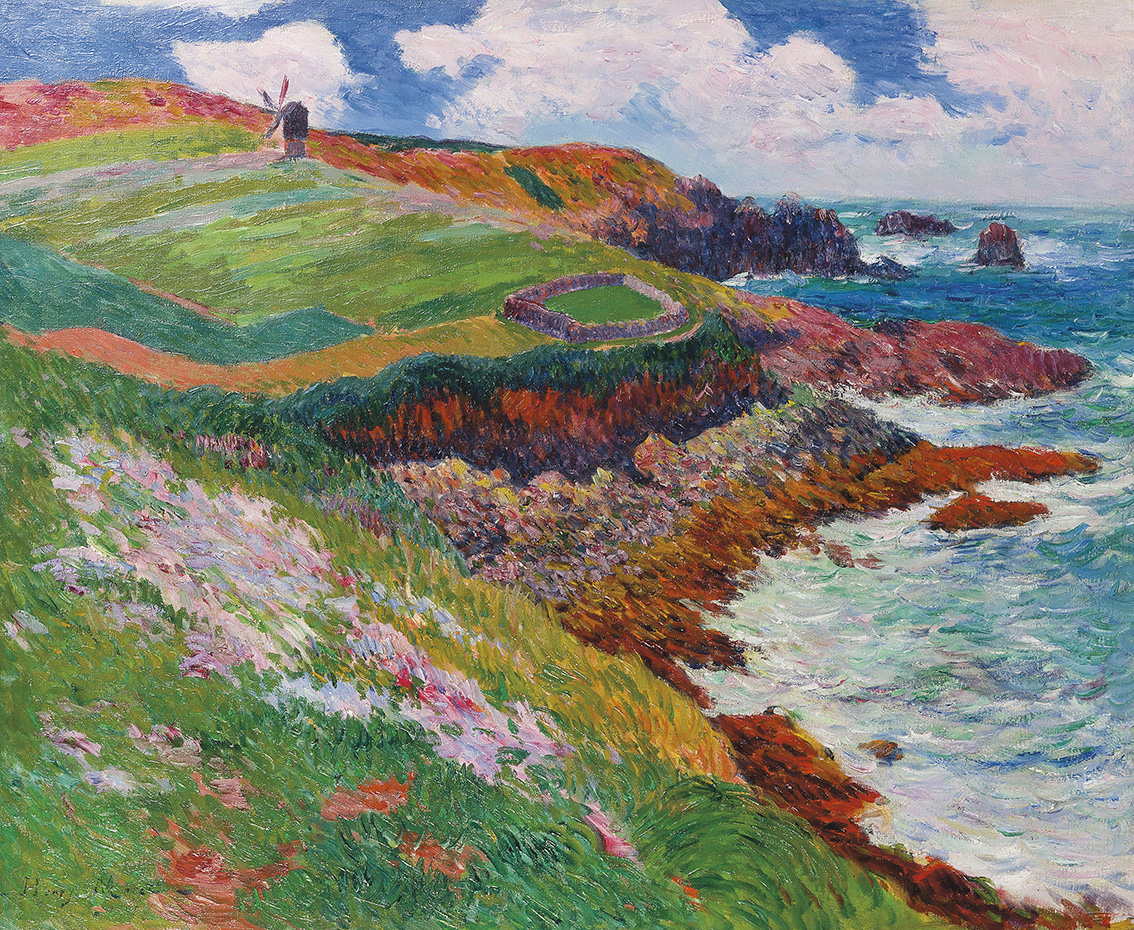 Kept for many years in a private collection, this painting yet again illustrates Henry Moret's deep love for Brittany. 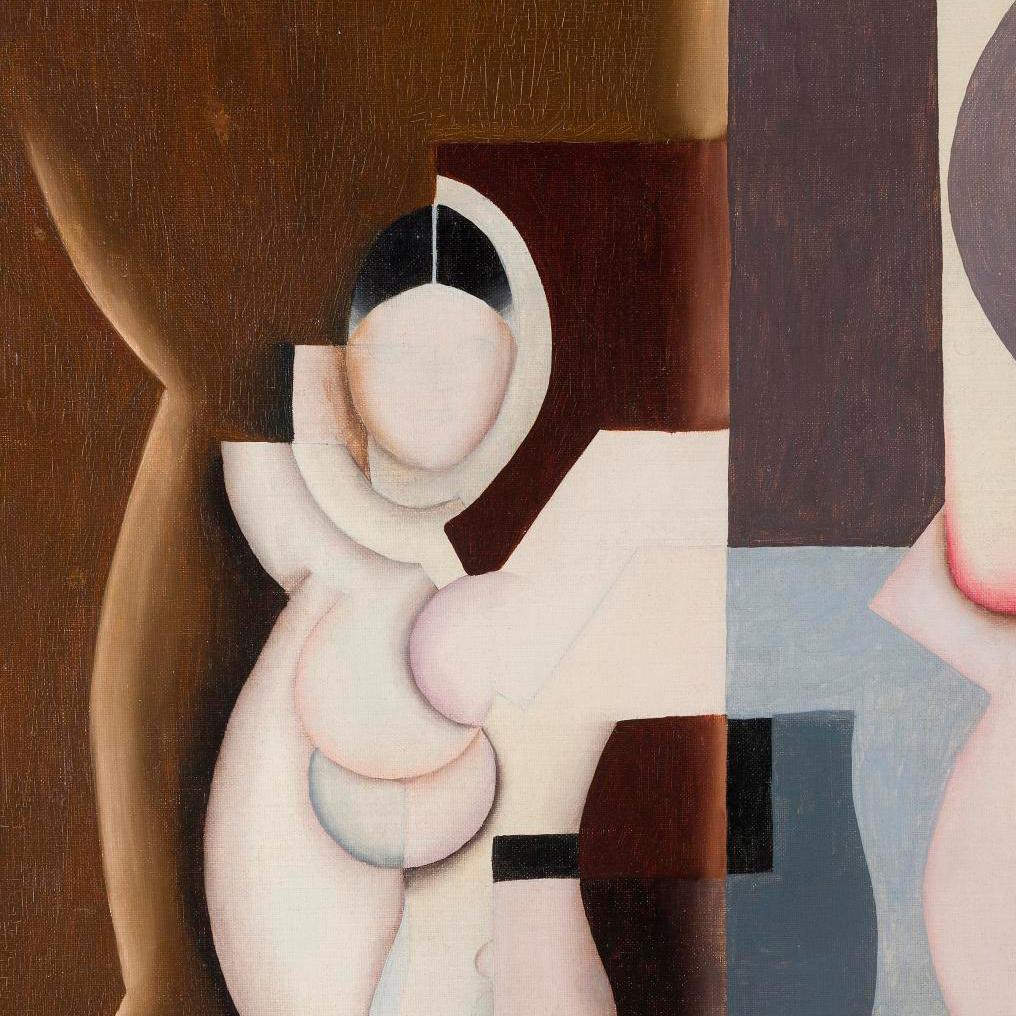 Fillia, An Avant-Garde Italian
<p style="margin-bottom: 6pt;">Fillia, a key figure in the second generation of Italian Futurists whose real name was Luigi Colombo, painted this rare work in 1928.</p>
Newsfeed
See all news
Gilbert Baker’s Original 1978 Rainbow Flag Acquired by GLBT Historical Society, California
Face Mask Affixed to Giant Buddhist Goddess in Japan to Pray for COVID-19 to End
Sculptor Sued by the Heirs of Hergé, Convicted of Forgery in Marseille, France
New Appointment at the Musée National de la Marine
Not to be missed
Lots sold
The Pierre Maurs Collection: From India to the Fauves…
In search of the most innovative forms and colors, Pierre Maurs…
Lots sold
Majestic Illuminated Books of Hours Shine at Auction
Here, the vitality of French 15 th - and 16 th -century illumination…
Lots sold
Childhood’s Green Paradises by Vietnamese Artist Mai…
Like a prelude to an exhibition, this sale featured a particularly…
Lots sold
Bernar Venet and the Vitality of Modern Drawings
Works by Bernar Venet, Le Corbusier, Zao Wou Ki and Vieira da Silva…