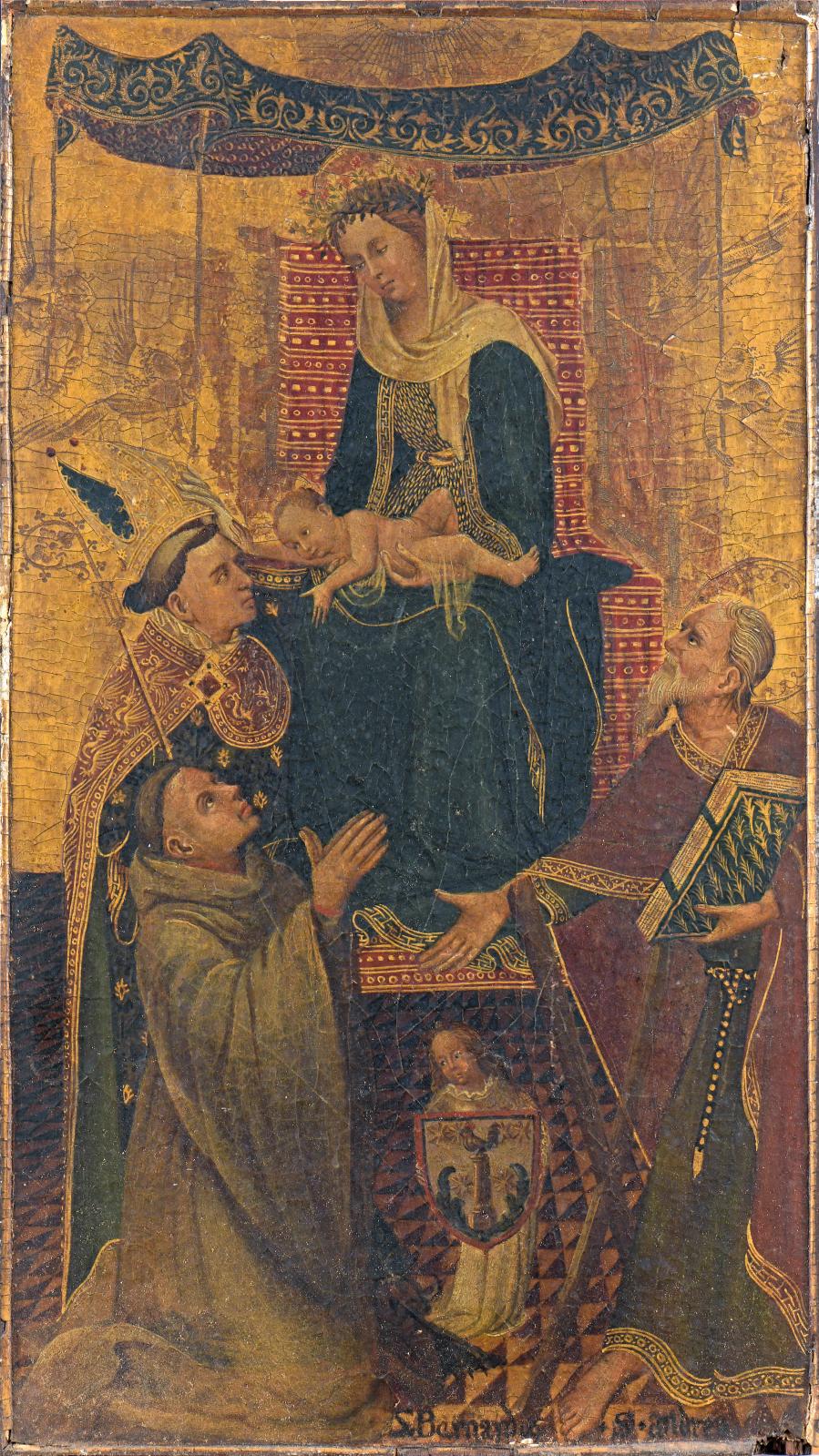 The De Baecque & Associés auction house certainly celebrated its tenth anniversary in style, for the star of its sale on 12 November was none other than a remarkable French Primitive from around 1400. After a fierce bidding battle, the panel with a gold background, showing "A Franciscan monk in prayer before the Virgin and Infant Jesus, presented by St Louis of Toulouse, with St Andrew on the right" rocketed up to €1,025,000! Having remained for decades with one family in France's Centre region, the tiered composition, painted in tempera on wood, was only attributed to the French (and probably Parisian) school in the 1960s. Today, Frédéric Elsig, professor at the University of Geneva and a specialist of the period, attributes it to the circle of the Master of the Small Circular Pietà. It is hardly surprising that the Musée du Louvre hastened to exercise its right of preemption, given the extreme rarity of the work and its importance for the history of art. It now joins the relatively small corpus of pictures that have come down to us from that period.
Orfèvrerie • tableaux anciens et modernes
De Baecque et Associés
Info and sales conditions
Catalogue
Newsfeed
See all news
Katerina Gregos Named Director of National Museum of Contemporary Art in Athens
Over half of UK Museums and Galleries Are ‘Concerned About Long-Term Survival’
Feminist Artist Mary Beth Edelson Has Died at 88
French Art Dealer Hélène Greiner Has Died
Not to be missed
Lots sold
Pierre Soulages Soars, with Corot and Buffet Following…
A powerfully balanced black and blue painting by the contemporary…
Lots sold
From the Classicism of Souverbie to the Colors of Br…
This impressive sale included the painter of monumental compositions,…
Lots sold
The Good Life, Post-Impressionist Style
Bucolic landscapes by two Post-Impressionist masters, Armand Guillaumin…
Lots sold
Rembrandt Bugatti’s Hungry Lioness
Bidders had the choice between a bronze lioness cast by Hébrard,…