First off was 1940s design, with one of its most radical representatives, which was followed by a case complete with dueling pistols bringing to mind this XIXth-century tradition of organized combat. 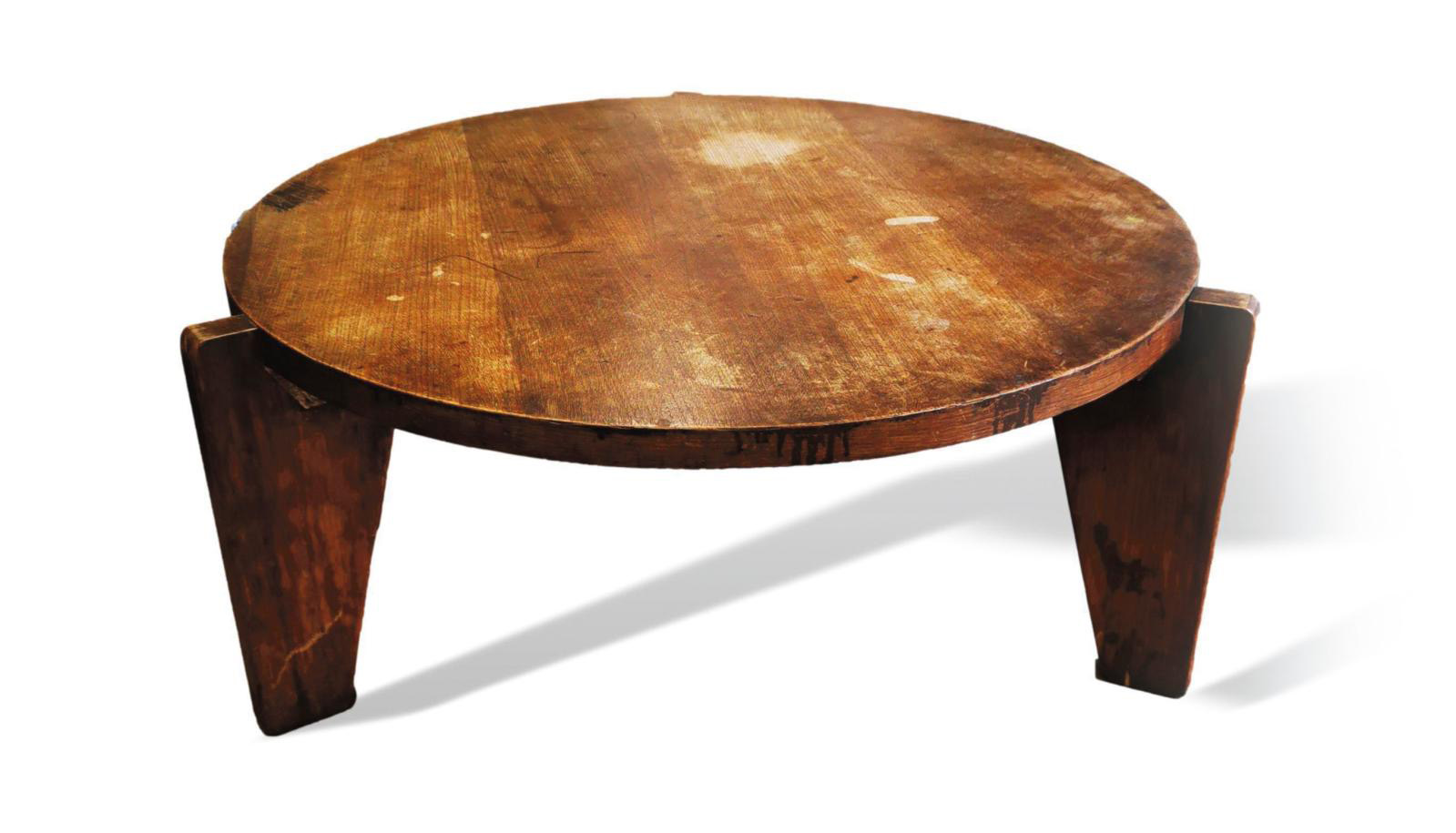 The architect Jean Prouvé designed this low pedestal table in 1944, by which time he had already been working for several years with the most refined kinds of wood, often combining them with metal elements displaying futuristic features. Thus, this pedestal table has a heavy circular top in solid and veneer oak, resting on three sleek legs extending beyond the diameter, and enclosed by a spacer in yellow-lacquered folded and bolted metal sheet. Despite some minor damage, this piece of furniture—height 14 in (35 cm) and diameter 31.5 in (80 cm)—went for €30,750.

There was a change of atmosphere and period with the following lot: an 1863 case of dueling pistols signed “P. Schenk” in Marienbad. This pair of Austrian firing weapons was made in the workshop of the famous gunsmith Peter Schenk in the spa town of Marienbad—formerly in the Austro-Hungarian Empire, now in the Czech Republic under the name Mariánské Láznê. Our pistols (l. 15 in / 38.2 cm) are 12.7 mm caliber at the bottom of the barrel rifling, in Damascus steel, entirely engraved with acanthus patterns with a walnut butt carved with foliage. As for the pipe, it is inlaid with gold... It was bought for €6,273.