Photographs from the turn of the 20th century reveal images of an Amazonia now lost and yet not necessarily a paradise. 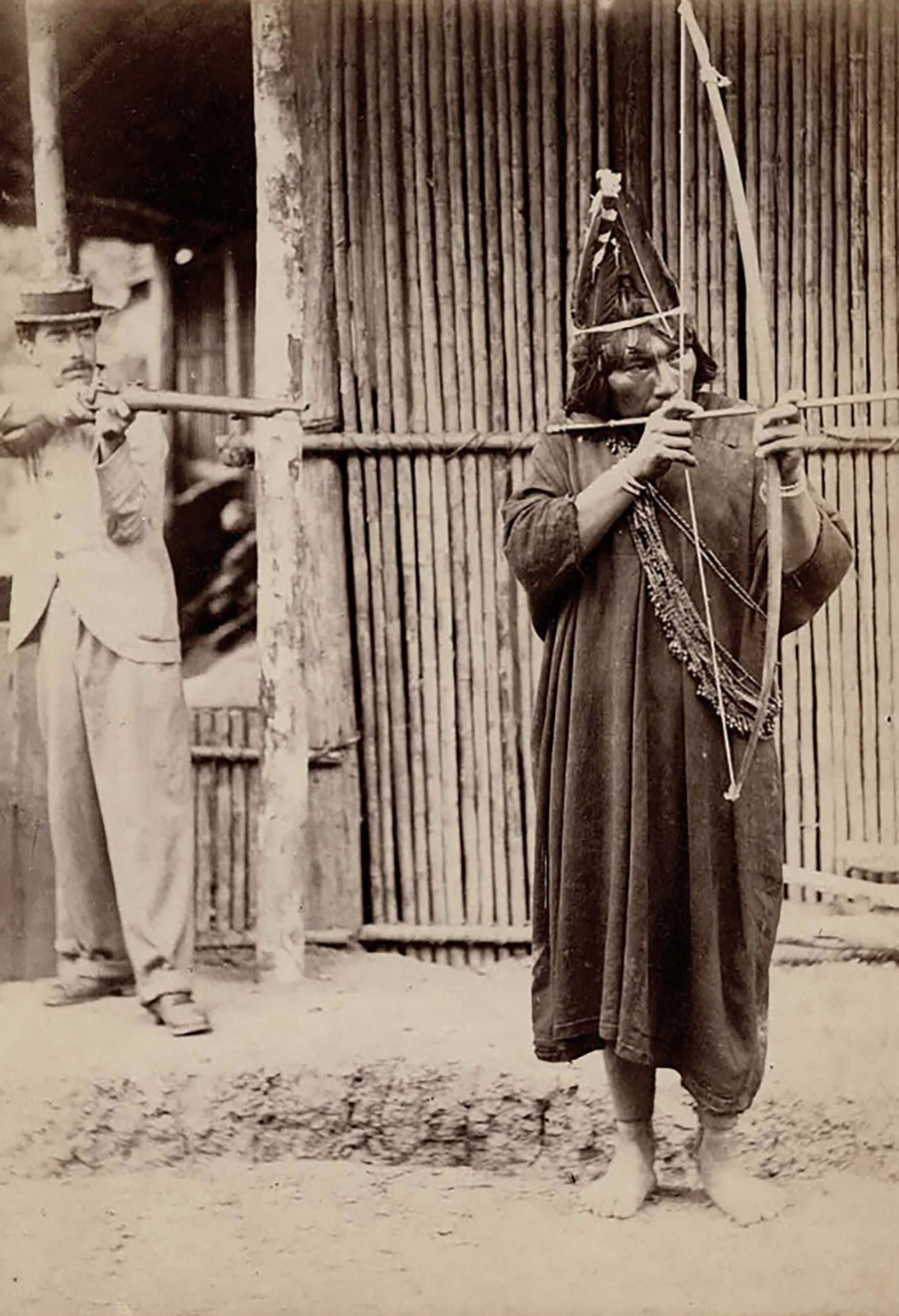 The photographs in this sale devoted to travel included some particularly interesting prints of Peru. Taken in the interior of the country—some in 1893, the others in 1904—, they reveal not only a world that has now disappeared, but also the gaze of late 19th-century white men who were not always kind.

Charles Kroehle, a German who set up a studio in Iquitos, traveled with a compatriot, photographer and ethnographer George Huebner. He made the five albumen prints that went for €3,810, including the one reproduced here, showing him with a gun behind a man drawing a bow. Fascinated by the civilization of the Indians living on the banks of the Amazon's tributaries, he worked as an explorer, taking their portraits. The Musée du quai Branly-Jacques Chirac owns one of his albums.

The second group consisted of twenty period prints (between 10.5 x 8 cm/4.1 x 3.1 in and 11 x 15.1 cm/4.3 x 5.9 in each) produced by Eugène Robuchon (1872-1906) in the Chorrera and Garapana regions. This garnered €3,937. The photographer from Poitiers had been ordered to survey the rubber district by the Peruvian government. He never came back, and his disappearance is still a mystery. Some speculate that he was murdered by the Peruvian Rubber Company because his reporting threatened to reveal the atrocities committed against local tribes.

EXPLORATIONS PHOTOGRAPHIQUES - Voyage - Industrie - Erotique
Yann Le Mouel
Info and sales conditions
Catalogue
Salerooms
Newsfeed
See all news
New York Artists with Disabilities Awarded $1,000 Emergency Grants
Tate’s Turner Prize Shortlist Puts Collectives in the Spotlight
$25M New York Program to Create 1,500 Jobs for Artists
Two Stolen Pieces of Furniture Back in Chantilly
Not to be missed
Lots sold
Vasarely, Buffet and Hockney: 20th-century Masters in…
Works by Vasarely, Buffet and Hockney were accompanied by sought-after…
Lots sold
Our Lady of Guadalupe: Reigns as Queen of Mexico
A painting of an image of the Virgin Mary from the 1750s made an…
Lots sold
Coins of the Ptolemaic Dynasty
Bidders returned to the days when Alexandria ruled the Mediterranean.…
Lots sold
A Marquise Diamond Fit for a Queen
The dream has become reality. A very pure marquise diamond exerted…