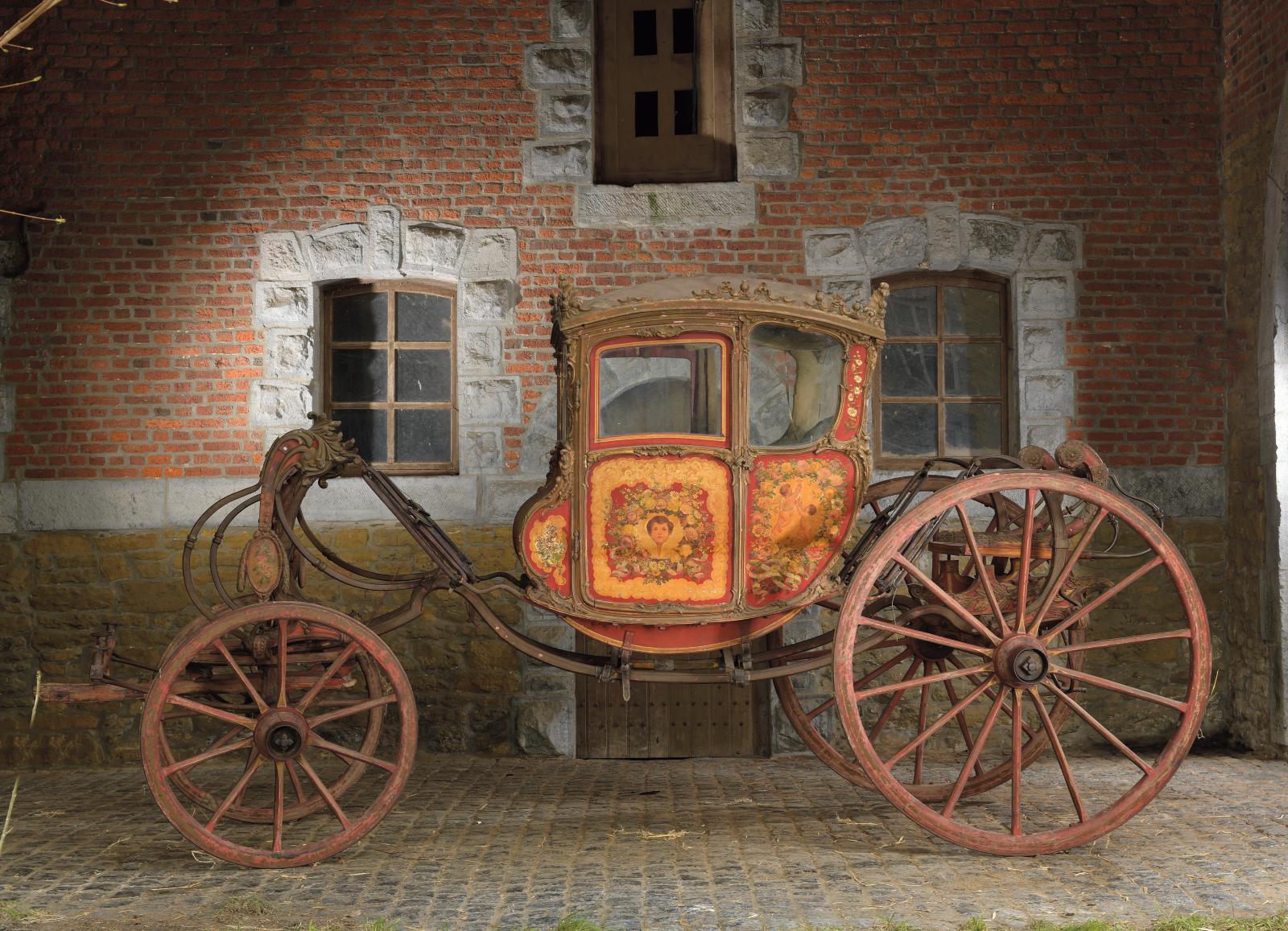 This gala coupé once belonging to the Count of Farrobo (the Portuguese aristocrat and businessman) looks like something straight out of a fairy tale. Built in Portugal during the last third of the 18th century, it is one of the oldest pieces owned by André Becker, who was chiefly interested in horse-drawn carriages dating before 1850 but owned few from the 18th century. Its price, €286,000, was a wonderful surprise that justified the expert’s glee at seeing a collection like this come up for sale (see the article On the Road With André Becker... on page 10 of La Gazette No. 26). The auction netted a total of €1,133,900, including €27,500 for the large gala berlin (1848) owned by Doña Maria Isabel de Bragança e Alvares Pereira de Melo (see the cover and page 6 of the same issue). Under an export ban because it is a listed historic monument, the “bastardelle” traveling coupé was the only vehicle exhibited at Drouot. The carriage museum in Compiègne, which has been very active lately—this is its sixth purchase in two months—preempted it at €62,400.

A large traveling coupé called “Chateaubriand’s”, built in Turin by Luigi Rossi, carriage-maker to the prince of Savoie-Carignan, fetched €78,000; a c. 1780 French-built town berlin with a gold-painted body and double-decker train, €54,600; and a very stylish road-coach by Guiet & Compagnie in Paris, €53,300. An 1880s omnibus that shuttled passengers back and forth between the Hôtel de Ville and Versailles found a buyer at €28,600, while a three-wheeled trirote built in Pavia about 1800, with a neo-Classical frieze of cameos painted on the body—the only known model of this kind—sold for €25,000 and a convertible carriage called a “wourch”, from the first half of the 19th century fetched €26,000.