Picasso at the Service of Natural History

By providing images for the 18th-century French naturalist's writings, the painter gave a new look to a timeless work. 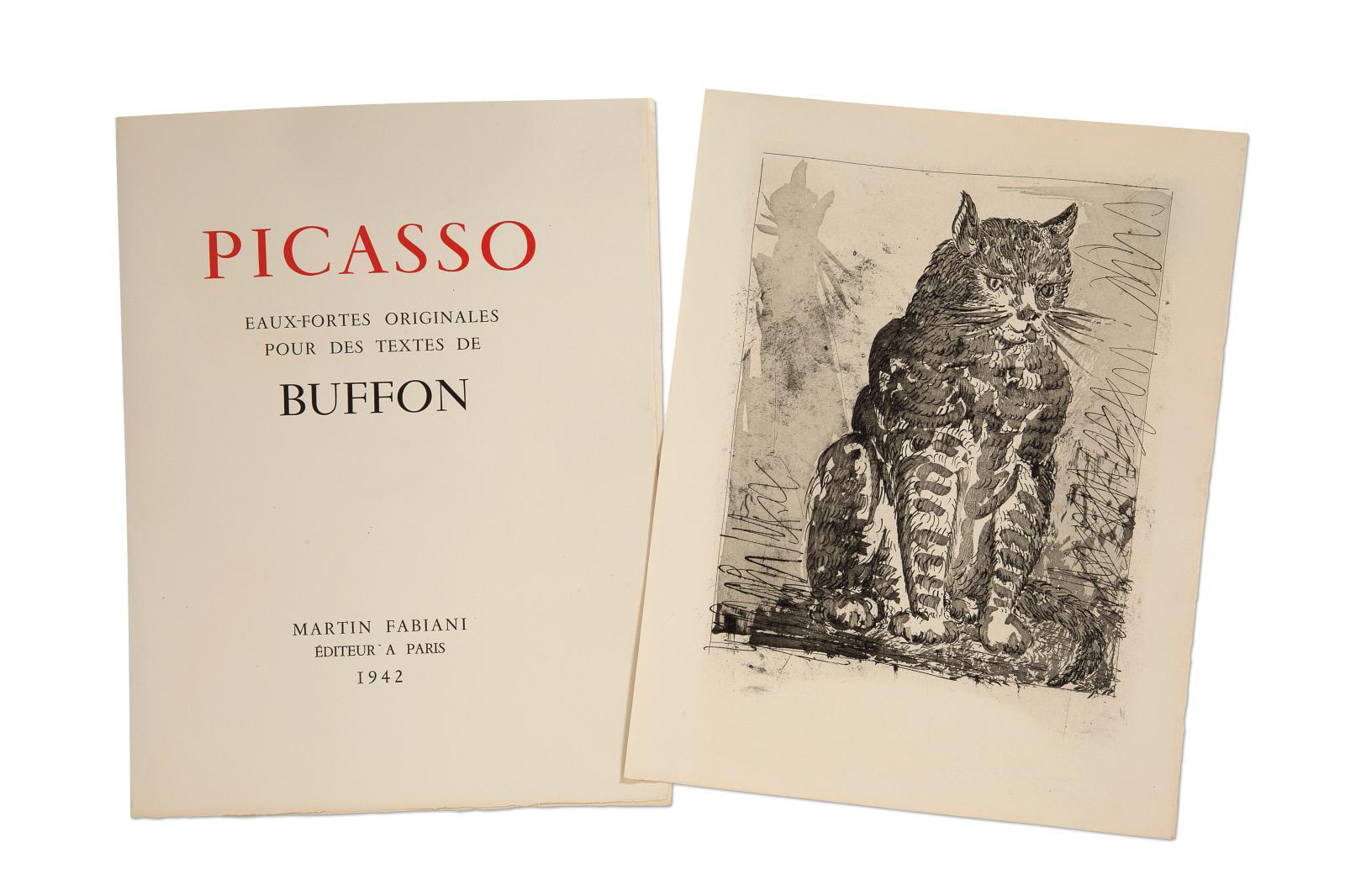 Artists were the focus of this Aristophil sale. Picasso led the way at €164,281, after a high estimate of €30,000, with engravings illustrating the famous book by Georges-Louis Leclerc, Comte de Buffon Histoire naturelle (Natural History). Ambroise Vollard commissioned these plates from the artist, which he produced in 1936 using sugar aquatint, a technique he had learned two years earlier from the engraver and printer Roger Lacourière. This intaglio method enabled him to work with spontaneity and lightness, using a brush dipped in molasses that enabled him to draw directly on the plate.

As the art publisher died suddenly in 1939, these 31 engravings were only published in their entirety in 1942, thanks to his successor, Martin Fabiani. This is a first edition (limited to 226 copies) and is one of 135 printed on Vidalon vellum. Picasso gave it to his painter friend André Marchand, it features a dedication and two additional drawings of a tomato plant in a pot and two horse profiles in Indian ink, pen and brush with black ink wash highlights.

Eugène Delacroix also stood out, at €93,600, with a sketchbook making its first appearance at auction. This contains 37 landscapes, most of them annotated and dated, which he produced in Plombières, Augerville and Champrosay between 1818 and 1857. The memory of Camille Pissarro was evoked, at €52,000 by a nine-page letter with a pen-and-ink drawing addressed to Paul Gauguin in 1885. In it, the author chronicles artistic life in Paris and gives advice to the artist, who was his pupil and then his friend.