The Swiss auction house is offering a group of works by Arp, Poliakoff, Delaunay, Fontana and Zao Wou-ki, which come from Maurice Denis's family. A remarkable pedigree that also stands out for this intimate painting by the artist. 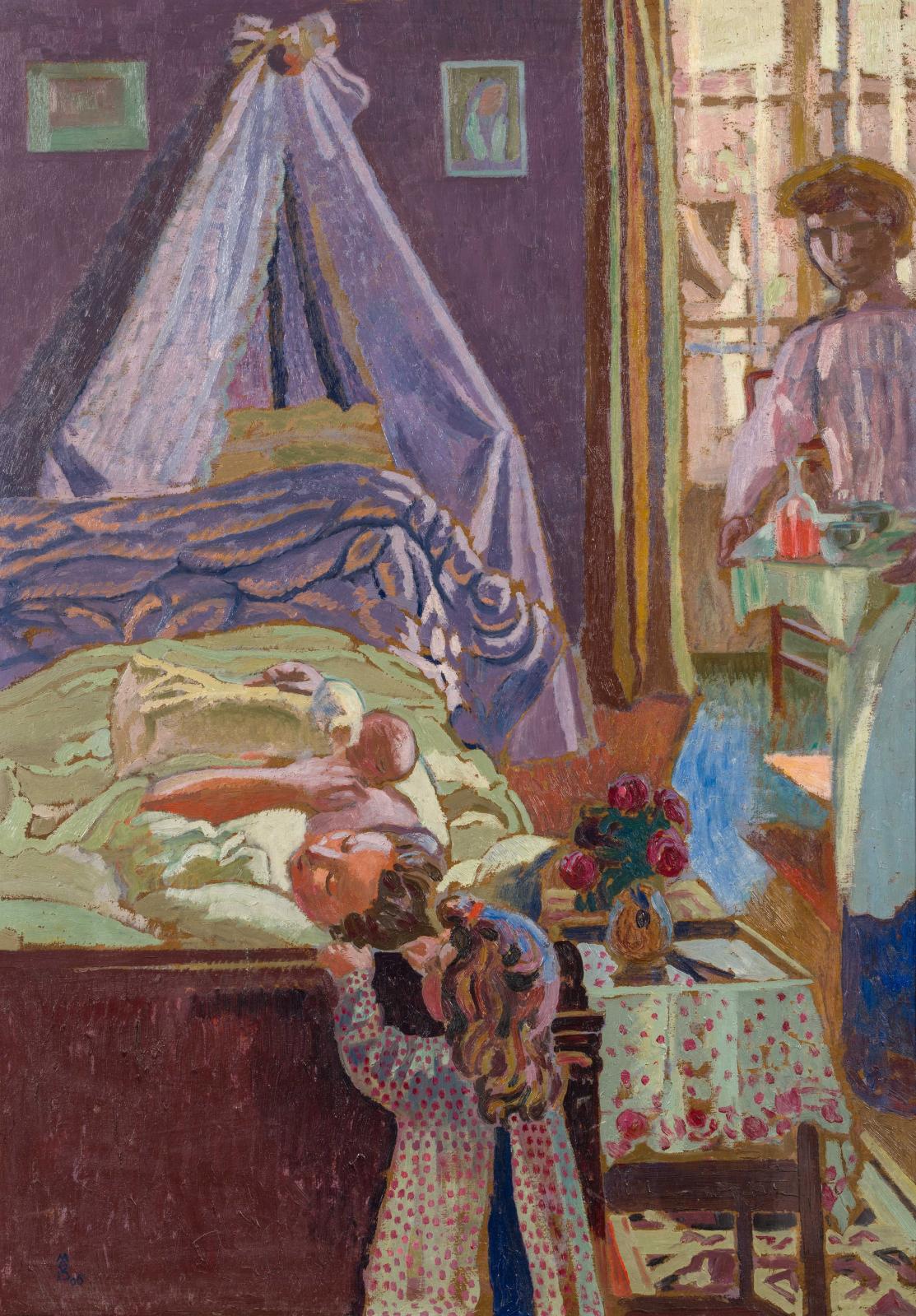 This rare and moving picture captures the first minutes in the life of the painter's fourth daughter, born on 2 May 1906 in the bedroom of the family apartment at 59 rue de Mareil, Saint-Germain-en-Laye. Through the window behind we can see the Priory, to which Maurice Denis moved in 1915 (a vibrant place open to all the artists in his circle, which became the Musée départemental Maurice-Denis in 1976). This highly intimate painting was sold in 1907 by the Druet gallery in Paris, subsequently entering various private collections before going to auction at Drouot in 1939. There, the artist himself bought it back and gave it to his third daughter, Anne-Marie, who kept it in Switzerland, where it has passed down through her family until now. She is seen here, aged five, straining on tiptoe at the foot of the bed to see her new little sister. Later a poet and writer, in 1922 Anne-Marie married the glass painter Marcel Poncet, whom her father had known for several years. An admirer of Poncet's art and technique, he even asked him to assist with the stained glass for his chapel at the Priory in Saint-Germain-en-Laye. When the couple moved to Switzerland between Vichy and Lausanne, Maurice Denis went to see them regularly, using the opportunity to carry out several commissions for Geneva, including the stained-glass windows for the basilica of Notre-Dame: a project that reflected the profound faith of this ardent Catholic. For the man who had considered becoming an artist monk, religion was at the heart of his work, in his many Biblical scenes and in paintings glorifying the beauties of creation and family life, as in this First Feed.

Tableaux modernes et contemporains, mobilier et objets d'art, photographies, sculptures, bronzes
Bâle - Schwarzwaldallee, 171 - CH-4058
Beurret & Bailly
Info and sales conditions
Catalogue
Results
Newsfeed
See all news
Los Angeles County Museum of Art (LACMA) is selling real estate
Valentino dresses Drouot
Justice orders restitution of Derains in Gimpel case
The Marc Ladreit Gallery of Lacharrière soon to be inaugurated at the Quai Branly
Not to be missed
Pre-sale
Édouard Vuillard: the Nabi perspective
Édouard Vuillard, the Hessels and Louis Loucheur are all connected…
Pre-sale
A Yonne autumn through Picabia’s eyes
Picabia’s Impressionist paintings are among his most sought-after…
Pre-sale
Nicolas de Largillière and Parisian chic
Probably commissioned at the time of her first marriage, this portrait…
Pre-sale
Dazzling work in the pure Rococo style
If you like Rococo, you'll be delighted with this pair of 18 th…