Unlike abstract expressionist painters, Willem de Kooning never completely banished figuration from his work. A nude or a landscape might be lurking beneath these superimposed colors and black lines. 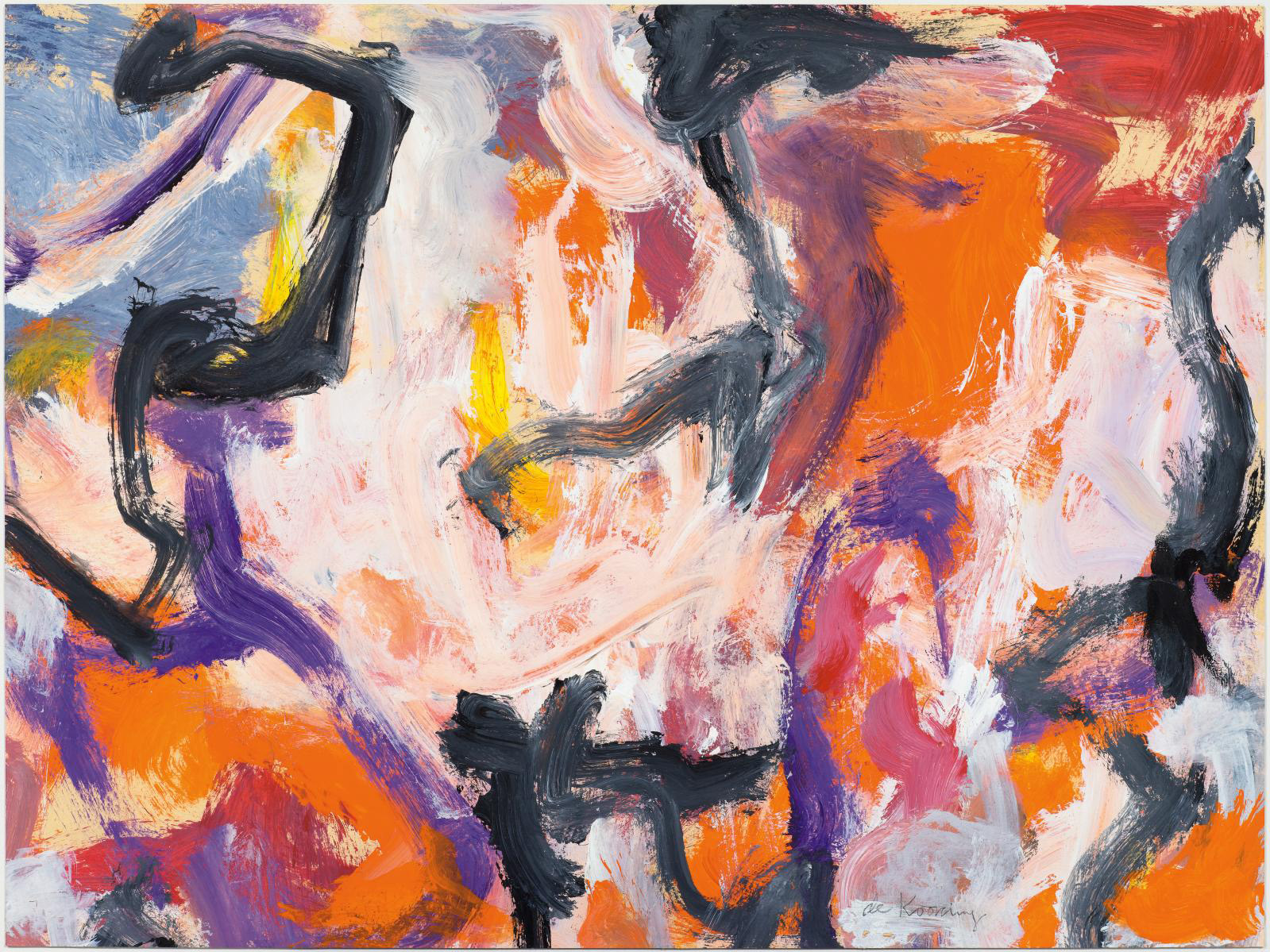 This painting, which belongs to a series of small works, features wide, brisk strokes. White, orange, red and yellow dominate the dense, energetic composition covered with a thin application of paint allowing the different layers to show through and giving the work a three-dimensional quality. The wide black lines recall De Kooning’s early 1970s sculptures and give cohesion and expressiveness to the whole.

De Kooning immigrated to the United States from the Netherlands as a stowaway on a freighter. In the 1950s, he settled in Springs, in East Hampton, Long Island, where from 1957 he painted nothing but abstract landscapes. MoMA bought some of his works in 1948 and the success of his exhibition at New York’s Sidney Janis Gallery earned him an invitation to II Documenta in 1959. In 1964, when the artist was over 60, he participated in III Documenta, where he took a dim view of the budding pop art movement. He had already reproached his compatriots, Piet Mondrian and Theo Van Doesburg, for having tried to create a style from scratch. While the young De Kooning turned to abstract art after meeting Franz Kline and Jackson Pollock, he sought his own way.

It is hard to tell whether this painting is a faithful representation of a landscape, or if the black figures of women have been added: both themes are dominant. In contrast to Pollock’s totally free-form abstraction, de Kooning’s pictures always feature a more or less figurative element. He must have worked on this one for a considerable amount of time: in addition to the clearly visible signature, two others can be made out under subsequent layers of paint.