The catalogue for the sale of the former banker Pierre Moussa contains nearly two hundred lots. 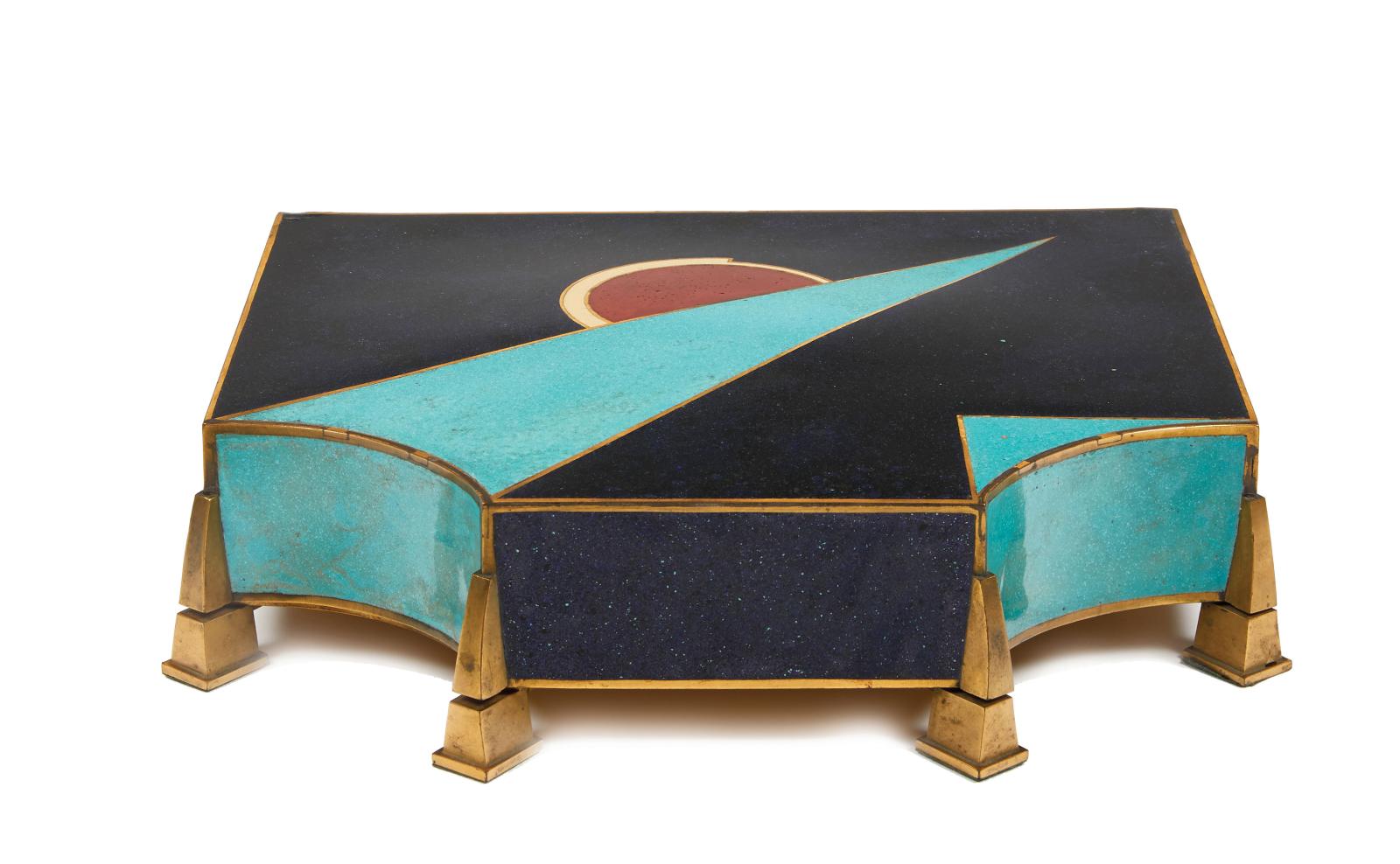 This Ecole Normale graduate and leading member of the Inspectorate of Finances, who died at 97 on 30 June this year, spent most of his career with the Banque de Paris et des Pays-Bas. His collection consisted of works he fell in love with; his tastes embraced all periods and forms of art. Here, pastels by Maurice Denis and Lucien Lévy-Dhurmer rub shoulders with a bronze by Joseph Csaky (Enfant (Child), 1920, late casting, €40,000/60,000), Chinese art, silverwork by Jean Després, the marble figure of a female Roman patrician (€8,000/10,000), and a stucco bas-relief of a Mayan sovereign (500-900 AD, €10,00/15,00) – not to mention this box (€30,000/40,000) and a hexagonal bowl by Jean Goulden in the purest Art Deco spirit. This 1930 bowl in silver-coated bronze and champlevé enamel has an estimate of €20,000/30,000. Its creator was sent out as a doctor to the Dardanelles campaign (1915-1916). Goulden fell ill and convalesced with the monks of Mount Athos, in Greece. Here he discovered Byzantine enamels. On his return to Paris, he turned to art and set up in the Montparnasse district, where he met Paul Jouve, François-Louis Schmied (later marrying his daughter Dolly) and Jean Dunand. Encouraged by Dunand, he decided to explore the cloisonné and champlevé enamelling techniques. Between 1921 and 1930, the lacquer specialist and the artist worked together on a series of furniture items designed for interiors or for Jean Goulden's family. It is estimated that he produced ninety boxes between 1923 and 1933.

PIERRE MOUSSA: COLLECTION OF A PHILOSOPHER BANKER
Salle 1-7 - Drouot-Richelieu - 9, rue Drouot - 75009
Pierre Bergé & Associés
Info and sales conditions
Catalogue
Salerooms
Results
News feed
See all news
Nxt Museum for new media art set to open in Amsterdam this August
Uffizi Gallery Director suggests the return of religious art back to churches
The Walker Art Museum shelves contract with Minneapolis police
Severe storm causes superficial damage to the Taj Mahal
Not to be missed
Pre-sale
Lacloche: a glittering company
For nearly seventy years, Lacloche once a leader in the jewellery…
Pre-sale
From Bonnefond's idealised Italy to Braque's still life…
Each of them continually experimented with their art and broke new…
Pre-sale
Buthaud revisits the "verre églomisé" technique
In Bordeaux, a remarkable set of twelve eglomised glass or verre…
Pre-sale
Fernand Léger in Corsica
Given by the artist to his model, Ernest Blasini, this portrait…