Picasso as a Modeller

This woman, whose model dates to 1906, has a kinship with Gauguin's beautiful Oviri. 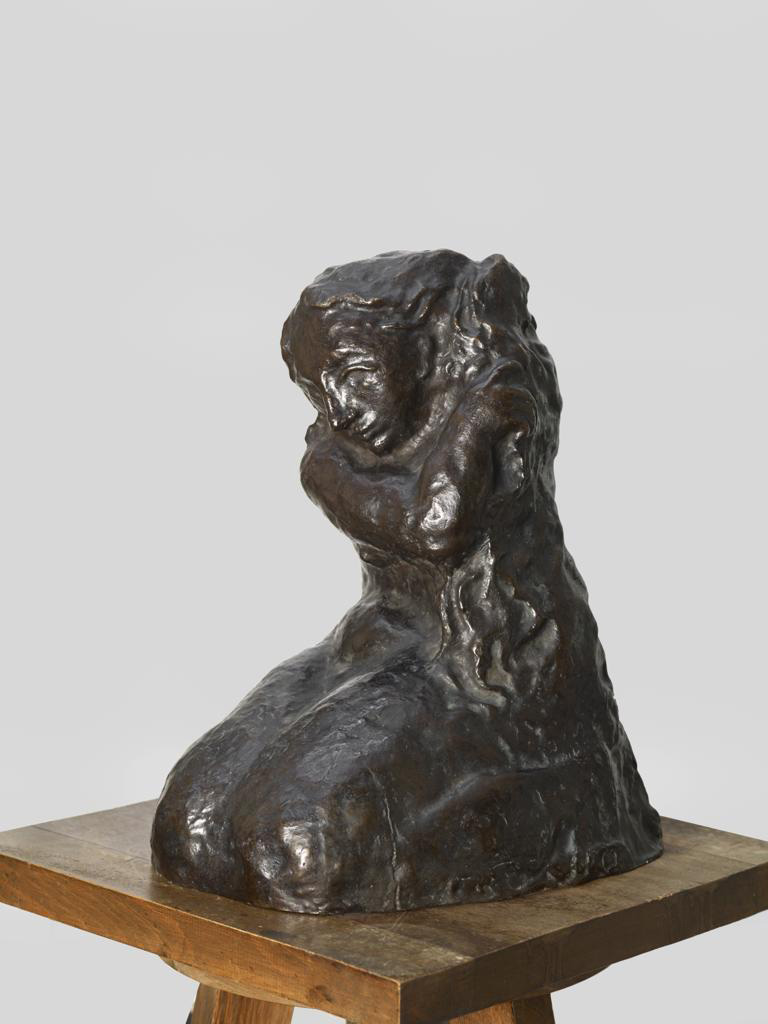 While everyone knows the Madoura ceramics Picasso created in Vallauris, he is largely unknown as a sculptor, yet his three-dimensional work enabled him to try out pictorial experiments. In 1906, he began in turn to use wood, assemblages of various materials, metal, plaster and folded sheet metal. This bronze had its origins in a more classic substance: clay. The original work was made in 1906 in the Bateau-Lavoir studio formerly occupied by the sculptor Paco Durrio, with whom Picasso shared a passion for Paul Gauguin's Oceanic totems. A posthumous retrospective paid tribute to him that year. Picasso was then working on the theme of women combing their hair. A change of direction came about in his representation of the body, here perceptible in the simplified volumes and disproportionate head with its stylised features. In 1910, when the dealer Ambroise Vollard obtained Picasso's permission to transpose his ceramic sculpture into bronze, five copies were cast by Claude Valsuani. Ten additional editions were made in 1968 at the request of Raoul Pellequier, to whom the artist had given his ceramic woman. The example on offer this Sunday is the "founder's piece" given to Valsuani.