Lalanne and the Charging Rhinoceros

This bronze sculpture with an enamel patina, which is from a private collection, depicts one of François-Xavier Lalanne’s favorite themes: the rhinoceros. 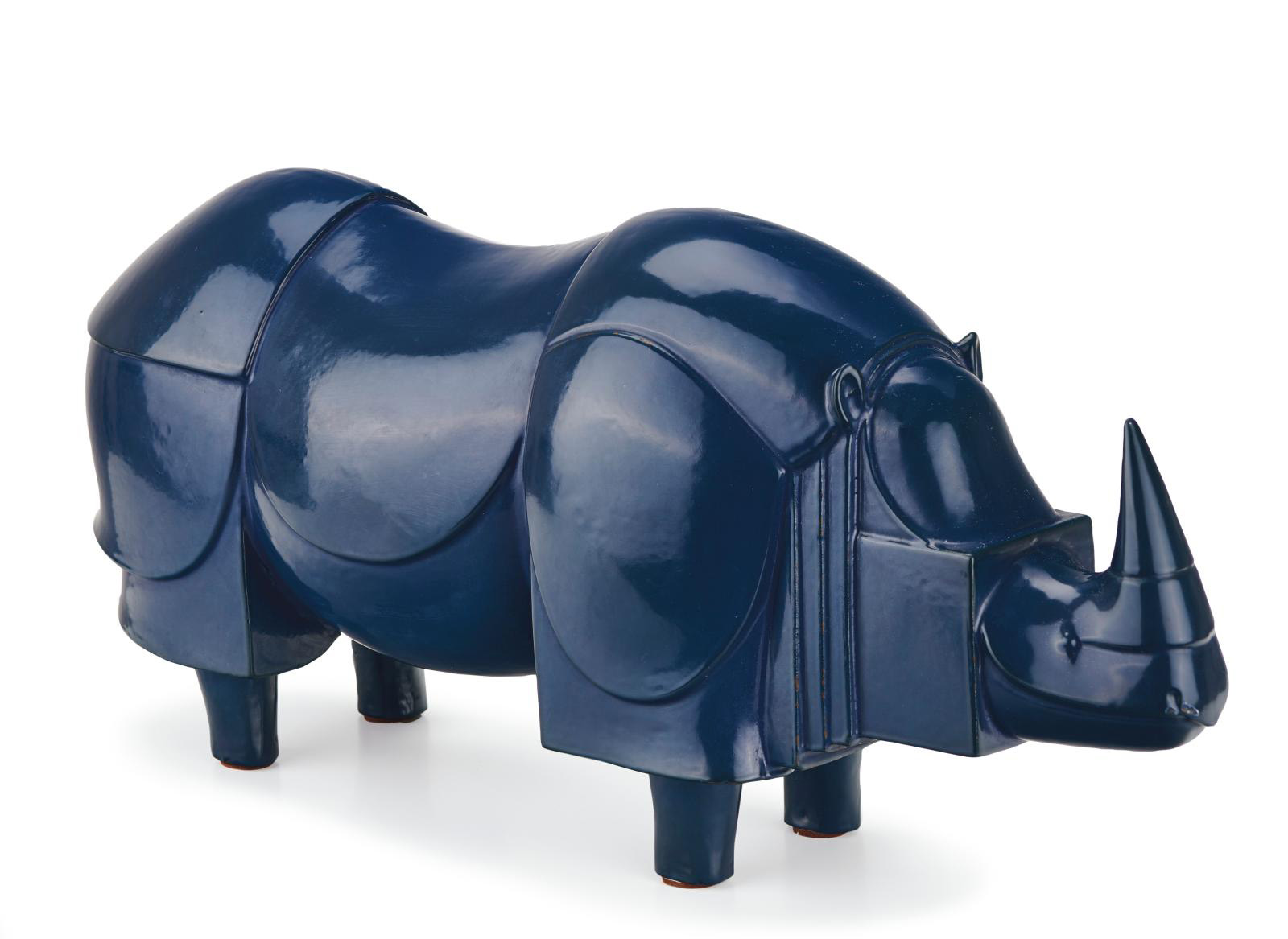 The mighty beast of the African savannah marked the career of François-Xavier Lalanne, who exhibited his earliest rhinoceros at his first solo show, which took place in 1964 at Jeanine Restany’s Galerie J in Paris. The event was cleverly called “Zoophites”, an evocative title that anticipated what would blossom into a prolific career focusing on animals, a theme Lalanne was inspired to take up by his first wife, a descendant of François Pompon, but also by Brancusi, his neighbor in Montparnasse. With his second wife Claude, he created a fabulous poetic bestiary bordering on surrealism, humorously and intelligently renewing France’s great tradition of animal sculpture. His large sculptures literally charge into interiors, where they often acquire a new purpose.

For example, Lalanne’s second rhinoceros, from 1966, opens up to become a secretary, with all the storage spaces hidden in its side. In the following decades, his rhinoceroses came in various sizes and materials, notably copper, leather and bronze, such as this 1981 version gleaming with blue enamel. only Lalanne could bring these powerful animals thundering through refined interiors. But they were not alone: he also tamed sheep, hippopotamuses, bears, donkeys and hybrid animals like the “Choupatte”. Unlike the movements of his time, which favored pure geometric lines, Lalanne created a unique world that soon attracted followers. His works have reached record bids since the 2009 dispersal of the Yves Saint Laurent–Pierre Bergé collection, which included several of his masterpieces.