The Strasbourg Jugendstil from Oberlé to the Treser Brothers

Art Nouveau or Art Deco? It is hard to say, since this silver bowl by Philippe Oberlé and another in gilt bronze and shell by Henri and René Treser reflect both periods. 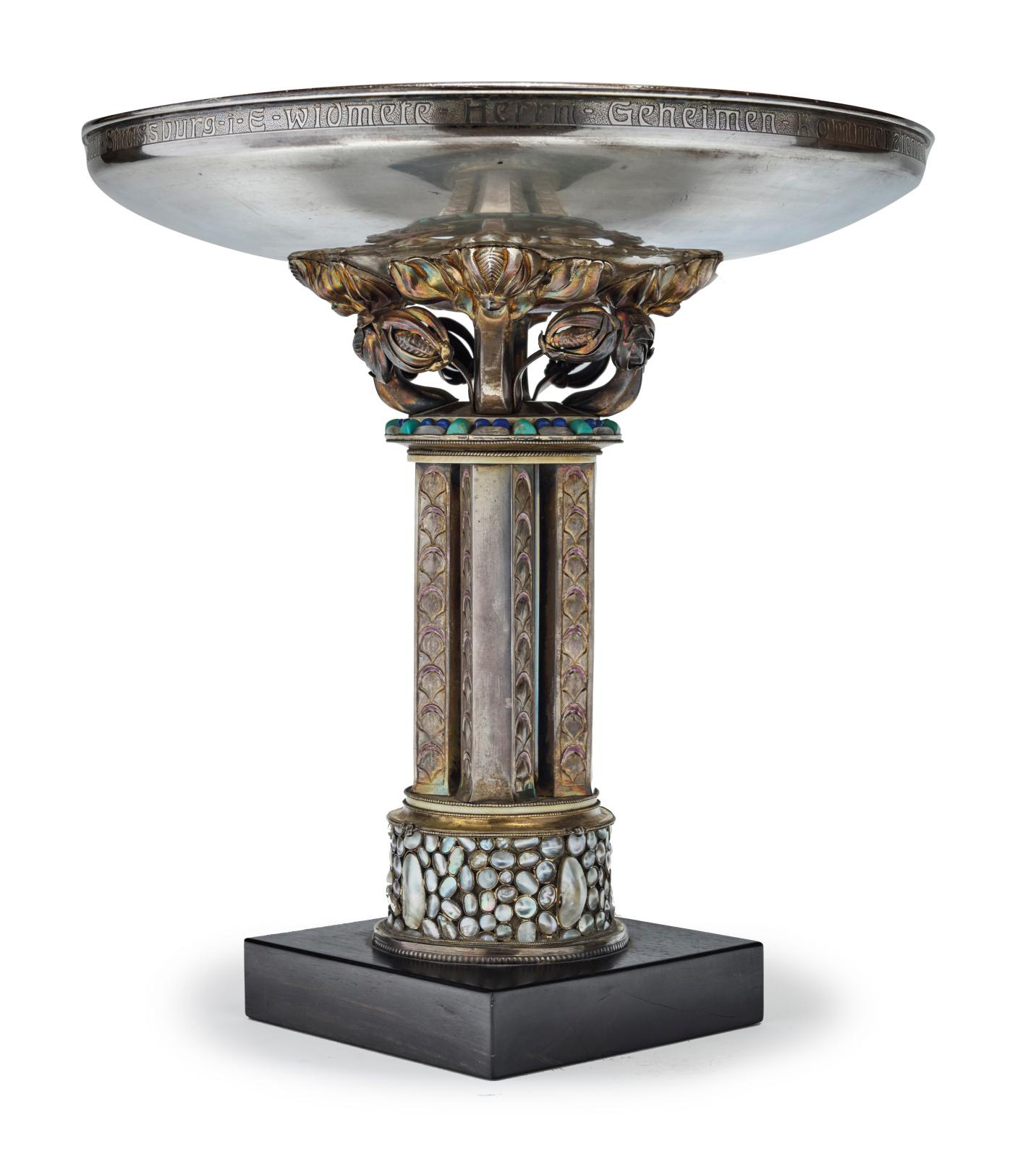 In the 1870s, Strasbourg had only one evening school for the arts. So, bowing to necessity, the École Supérieure des Arts Décoratifs opened a few years after the eponymous museum in 1887. Its director was Anton Seder, known in Germany for his contribution to the Art Nouveau movement. He designed the ornamentation of the facade with its ceramics and stained glass, still visible today. Like its European cousins, the school was intended to merge technical teaching and artistic education, giving rise to a total art accessible to everyone in line with the precepts of William Morris (1834-1896). The school, which admitted students from the age of 14, offered a four-year course in four specialties: ceramics, carpentry and cabinetmaking, locksmithing and ironwork, and lastly chasing and goldsmithing. This was overseen by Philippe Oberlé starting from 1904.

Very different from his predecessor Robert Rudolph, who designed Renaissance-style bowls and trophies, Oberlé imbued his students' work with a more modern tone, halfway between the French naturalistic influences of Eugène Gaillard (1862-1933) and Georges Fouquet and German Symbolist tendencies. As the inscription states, the bowl here was a gift from the City of Strasbourg to Alexander Wacker, a prosperous businessman, in gratitude for his sound counsel.  Eschewing the exuberant floral motifs of Art Nouveau, the piece was intended to illustrate a "simpler domestic style", to quote Paul Caster in the Revue Alsacienne in 1913. A less artificial but equally refined style was championed by the brothers Henri and René Treser, Philippe Oberlé's pupils, who produced non-religious silverware and pieces for Catholic and Protestant churches, as well as synagogues. It is hard to resist this delicate bowl reminiscent of Renaissance nautiluses, whose shell is set in an engraved gilt bronze frame echoing the veins in the mother-of-pearl (€5,000/6,000).