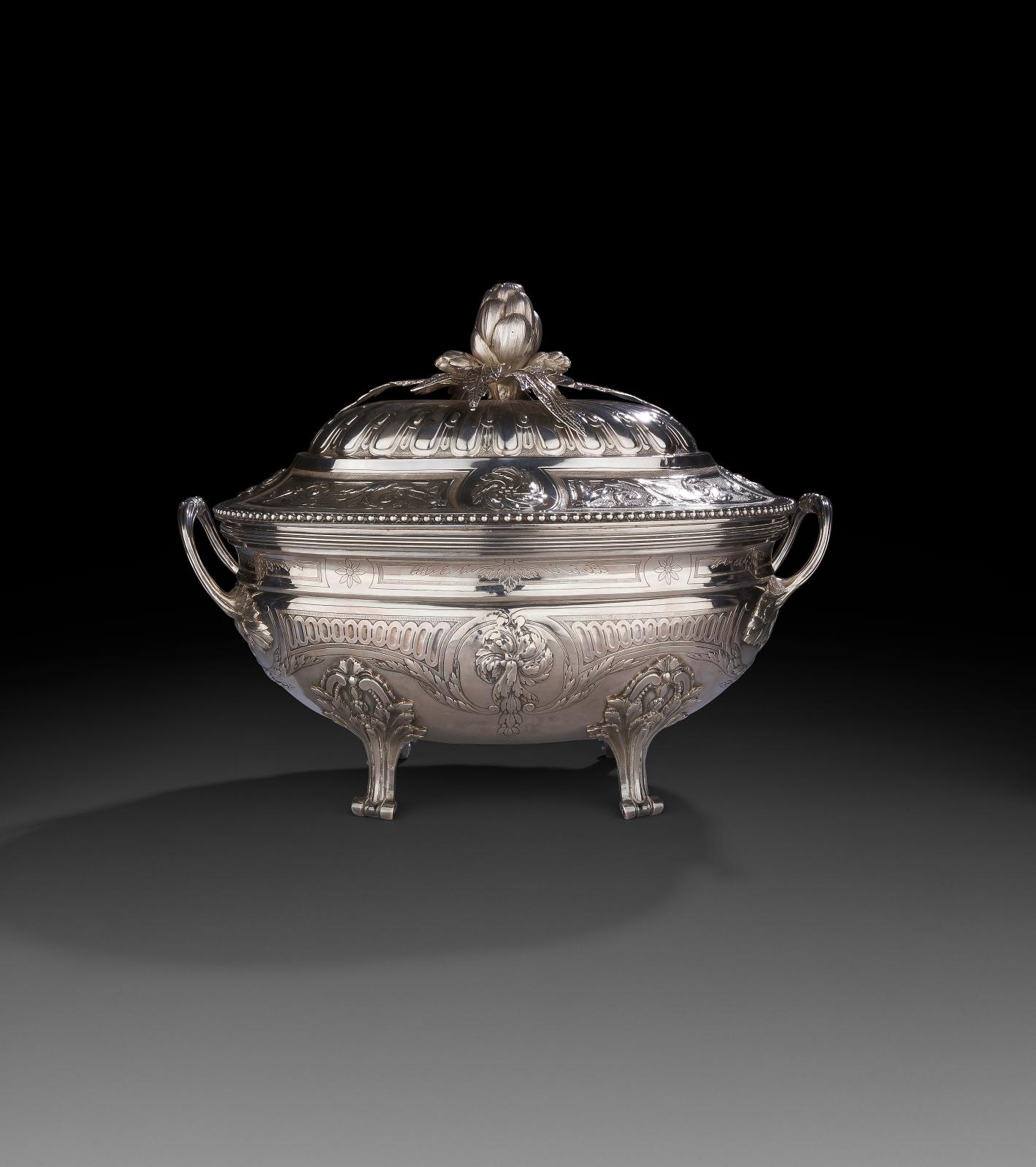 The catalogue contains two hundred and fifty lots, now being sold by the family of Louis and Renée Biron a few months after Renée's death. Originally from Nice, she grew up partly in Indochina, and met her husband – an asset manager and friend of the family – in France. They married in 1950 and lived in Saigon, then Tokyo, and toured around Asia. Passionate about art, especially Asian art, they nonetheless returned to France in the 1960s, while continuing their travels. In Paris, they would go to public auctions, antique dealers and exhibitions. The sale opens with two portraits: one of the sculptor Houdon by Jean-Bernard Restout (€10,000/15,000), the other a half-length portrait of a man on its original canvas, in a subtle palette of pale yellow, white and grey, by François-Hubert Drouais (€8,000/10,000). In terms of furniture, the most eagerly awaited includes a set of four flat-backed gilt wood armchairs stamped by Tilliard (€15,000/20,000), and a Louis XVI mahogany refreshment table with marble top and plated metal coolers, attributed to Joseph Canabas (€5,000/7,000). The 18th century was the golden age of not only furniture but also silverwork, in the capital and provinces alike. This collection, which features seventy pieces from table services but mainly ornamental items, provides some fine examples. The most impressive is this Louis XVI tureen (€12,000/18,000) with the hallmark of Jean-Pierre Charpenat, a Parisian silversmith admitted as master in 1782, who made the large travel kit taken by the queen on her flight to Varennes on 20 June 1791 (now in the Louvre). Less spectacular, but still desirable, two baluster-shaped sprinklers – one by François de Saint-Aubin of Morlaix, the other attributed to Jacques Martin of Saint-Omer –are estimated respectively at €10,000/12,000 and €12,000/15,000.