Spotlight on Asia at Drouot

From 9 to 16 December, Drouot will celebrate the arts of the Far East during a new Asian week that promises to be very colourful. 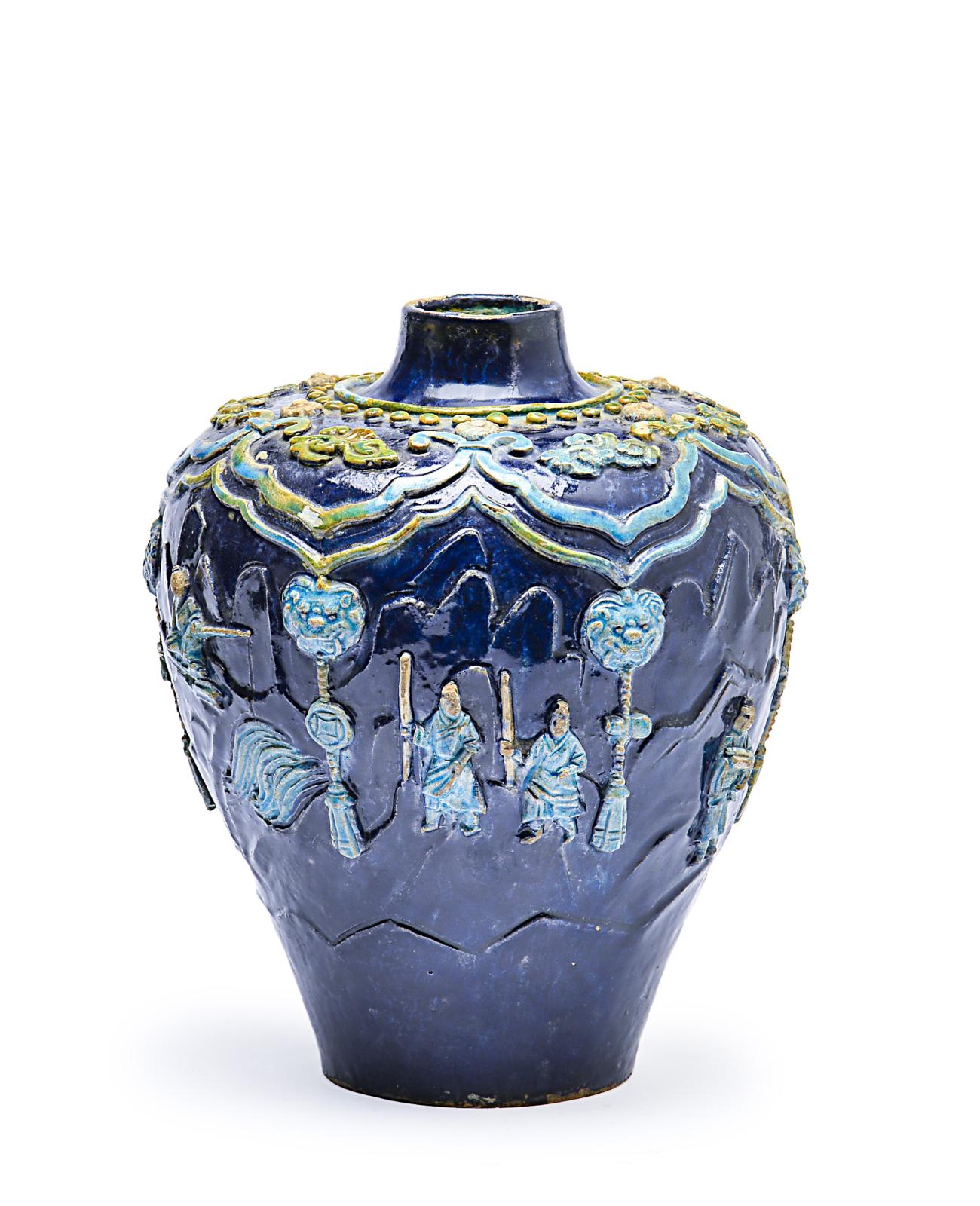 Alice Jossaume, Director of Portier & Associés and expert on several of the lots presented during this Asian week, is confident. "Asian buyers are becoming increasingly aware,” she says. “They now know how auctions work in France and it’s easier and much more pleasant for sales operators." In this highly specialised market where provenance and pedigree are the rule, Chinese and Japanese enthusiasts are well-known regular visitors of the auction houses. But for the past decade or so, recently wealthy collectors from Vietnam, Cambodia and Laos have been competing hard to acquire the treasures auctioneers unveil season after season. Advised by dealers and intermediaries from both continents, this very special, highly sought-after clientele comes to Paris in June and December to keep a close eye on these specialised sales.

An imperial menu
Oger-Blanchet opened this marathon of 10 specialised sales at Drouot with a collection formed around 1861 by a French colonel stationed in Cochinchina. One day he discovered Hong Kong on manoeuvres. "These customs,” he wrote in a letter to his mother, “so different from ours, are not those of a barbaric people, but very advanced in a civilisation of which we are not well aware". Without a moment’s hesitation, he shipped six crates of Chinese and Indochinese objects from Canton, asking his family "not to let them be shown too much" in order to avoid arousing envy. He had a nose: the outstanding set of red lacquer boxes he brought back, in particular one decorated with a poem by Qianlong estimated at €150,000/200,000, could break all records. On the same day, Boisgirard will whisk us from the border of the Indian Himalayas to the land of the Samurai. The highlight will be Chinese, a rare Meiping vase with Prunus flowers from the prestigious Rockefeller Collection that was once exhibited at the Metropolitan Museum in New York (€30,000/50,000). Then, Aguttes will hold the first of three Asian sales, including a large (h. 51 cm) baluster vase from the Qianlong period in porcelain and falangcai enamel decorated with the three stars of Tao, expected to fetch €80,000/100,000. Earlier in the afternoon, the auction house will unveil a selection of 24 works by the great names in 20th-century Vietnamese art, including Lé Phô and Mai-Thu. It is impossible not to notice the breathtaking lacquer painting by Alix Aymé (€160,000/300,000), a student of Maurice Denis who fell in love with Asia in the 1920s and 1930s. Lastly, a tight collection of works by Victor Tardieu (1870-1937), founder of the famous École des Beaux-Arts d'Indochine, completes this sale devoted to 20th-century graphic arts. "This year, sellers are more inclined than in the past to sell important pieces,” says Ms Jossaume. “In my view, the international political context reassures them. This dynamism bodes well for the future as China seeks to limit the outflow of currency as much as possible.”

The great classics
On 11 December, Aguttes goes back to basics with a set of late 17th-century jades and jadeites, hard stones, cloisonné, bronzes, corals, textiles and lacquers. The session will emphasise the dense, hard ink sticks meant to be rubbed on moistened stones in order to do calligraphy. Considered one of the scholar’s four treasures, along with the brush, rice paper and ink stone, the sticks were adorned over time to the point of becoming art objects in their own right. Plain at first under the Ming dynasty, they reached their peak under Emperor Qianlong, himself a fine scholar. On 10 December, Auction Art Paris will feature an impressive set of libation cups from the same family collection, which should undoubtedly stimulate a market for rhino horn objects. At Delon-Hoebanx on 12 December, lovers of Japanese objects will enjoy the ivory and bronze treasures from the former collection of industrialist Charles Cartier-Bresson, the famous photographer’s great-uncle. The next day, bidders will compete at Pescheteau-Badin’s for a gilded bronze Panjarnata Mahakala statuette from the Zhengde period, estimated at €60,000/80,000, and at Thierry de Maigret’s for a large imperial Qianlong panel (€10,000/15,000).

Paris, capital of Chinese art
Lastly, on 16 December all eyes will be on Tessier-Sarrou, which will present new treasures from Robert de Semallé's former collection (1849-1936), whose dragon's head already made headlines last year when it fetched €3 M. In Four Years in Peking, the former embassy secretary, who was stationed in the imperial capital from 1880 to 1884, described his missions in southern China, including numerous incursions into Tonkin to put down uprisings. He brought back many objects, including this stunning gilded bronze bianzhong ritual bell from 1716, estimated at €200,000/300,000, "an item of absolutely incredible quality that has everything it takes to reach a record price," concludes Ms Jossaume.