This diverse auction will offer a much-anticipated painting by Étienne Dinet, L’École coranique (The Koranic School), a Grenoble Olympic torch and a photograph by Seydou Keita. 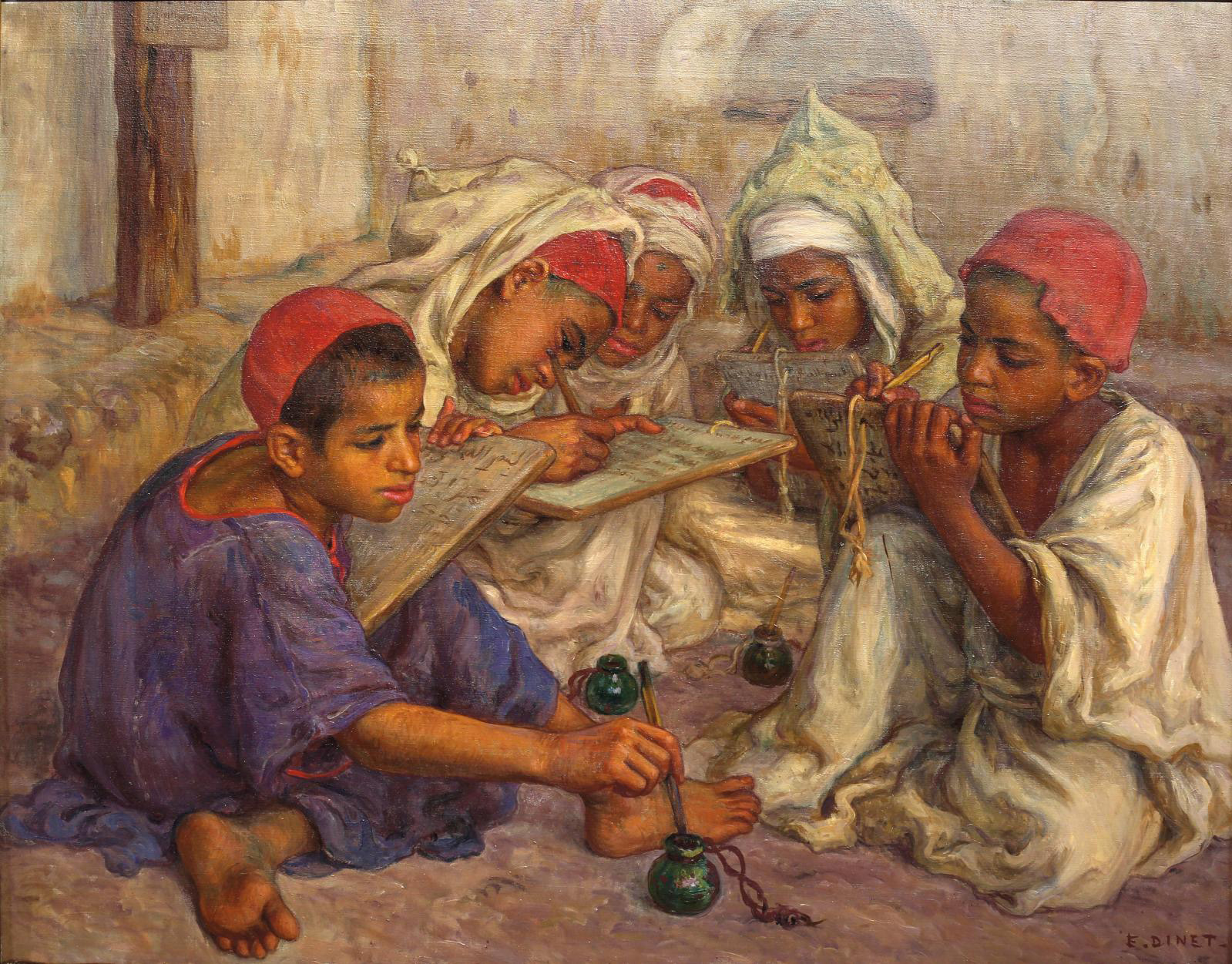 Originally scheduled for November 7, the sale of this beautiful painting by Orientalist Étienne Dinet will finally go ahead. It will undoubtedly be an event, not just because of the rare subject but also the provenance: the work has always belonged to the descendants of its first owner, Algiers wine merchant Frédéric Lung (1863-1942).

In 1890, the Paris-born artist, who discovered Algeria in 1884 and settled there the following year, also painted Le Sahara au sud de Brizina (The Sahara South of Brizina), expected to fetch €30,000/50,000. It is another example, this time a landscape, of the artist’s technique that uses shimmering colors, radiant light and brisk, fleeting brushstrokes recalling Impressionism.

Remaining in Africa, the auction also includes a portrait by famous Malian photographer Seydou Keïta. His excellence in the genre has won him international recognition and his work has been featured at major exhibitions, such as that at the Louis Vuitton Foundation in Paris in 2017, which showed the Jean Pigozzi Collection. That is when Philippe Gassmann, head of Picto Studios, printed this photograph for the CAAC Foundation, of which Mr. Pigozzi is the president. Un juge et son petit-fils (A Judge and His Grandson) belongs to Keïta’s gallery of portraits of Mali’s high society between 1949 and 1962.

Will the Olympics take place this year? This sale is a good omen with the presentation of an official torch from the 10th Olympic Games in Grenoble in 1968. Estimated at €30,000/50,000, the torch, of ancient inspiration, is made of copper plate, formed by a long handle with a red felt grip, the top cut out in the shape of blades and decorated with the three official insignia designed by Roger Excoffon (h. 76 cm/29.92 in). Formerly owned by one of the Olympic Committee members who took part in organizing the Grenoble Winter Games, it is one of 33 handmade copies.