Brazilian Design of the Forma Workshop 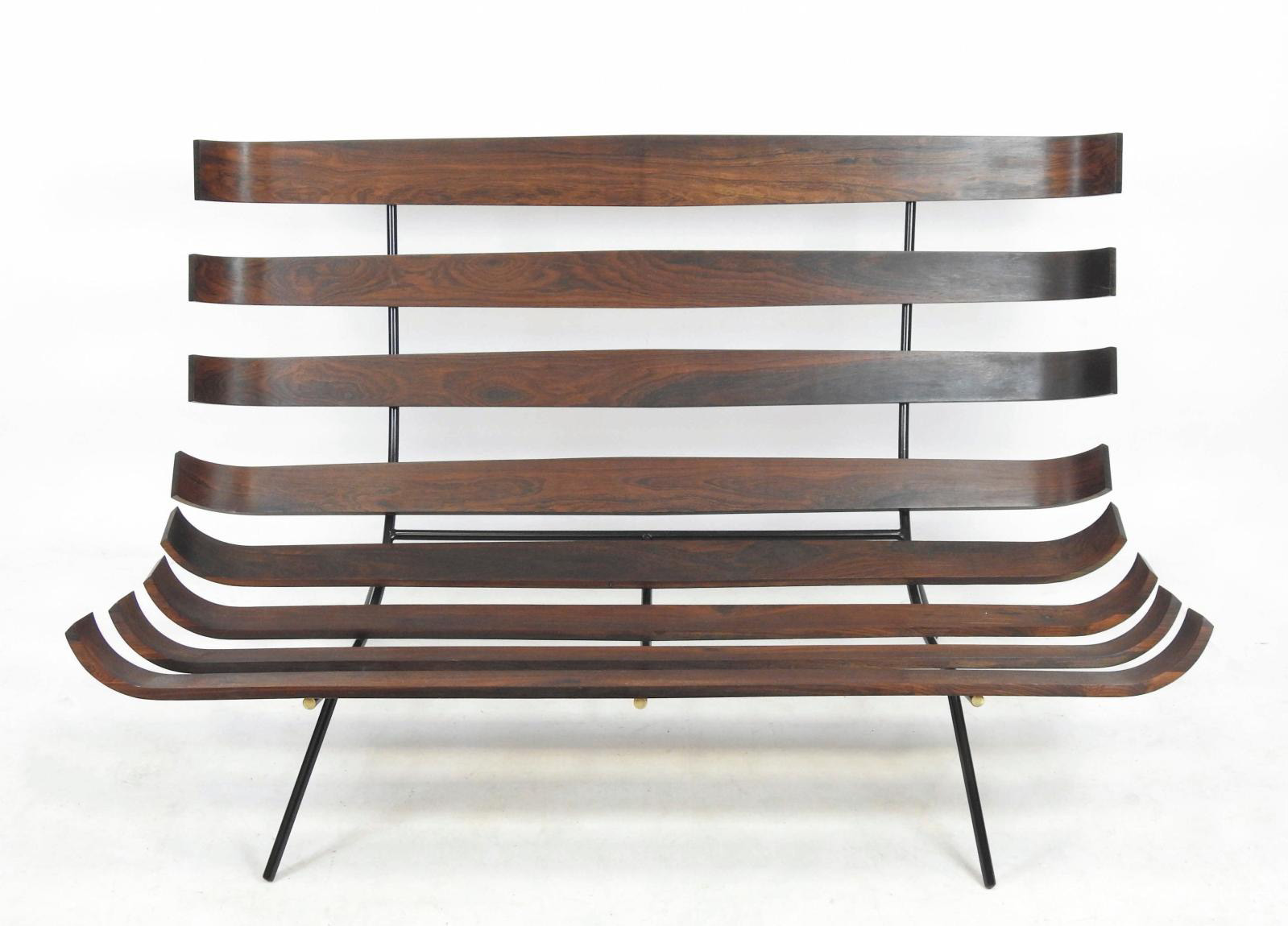 The Brazilian and Scandinavian design schools have one thing in common: both have a clear preference for wood, especially rosewood, the noblest tropical species, valued for its sturdiness, elegance and color, which can take on subtle shades. This superb streamlined sofa is a fine example. It consists of large rosewood slats curved at the ends and resting on a blackened tubular metal structure. The designers were Martin Eisler and Carlo Hauner, founders of the Forma workshop, which makes a wide range of affordable furniture, mainly of Brazilian wood.

Both were immigrants. Eisler, the son of a Viennese Jew who was a founding member of the modernist Austrian Werkbund Association, left Austria for Argentina in 1938 before moving to Brazil in the early 1950s. Hauner was born in Brescia, Italy and went to South America in 1949. They met in São Paulo in 1953 and quickly decided to merge their companies into one: Forma. Their furniture ranks among the 1950s’ iconic creations, but the collaboration was short-lived: Hauner returned to Italy in 1958. For the next two decades, Eisler's workshop continued to thrive, leading to a partnership with Knoll International.

Decorative arts of the 20th century, design, contemporary paintings
Blois - 32, avenue Maunoury - 41000
Pousse-Cornet
Info and sales conditions
Catalogue
Newsfeed
See all news
The Substation, a Pioneering Singapore Arts Space, Will Close Permanently
Italian Art Professionals Come Together in New Project
MoMA Plans Major Cézanne Exhibition
Spanish Museum Plans to Return Two Works Plundered by the Nazis to Poland
Not to be missed
Pre-sale
Zhang Xiaogang, Painter of a Lost Generation
Like a quest for identity, her anonymous portraits revive a memory…
Pre-sale
Furniture with all the Artistry of Eclecticism
The bold shape and virtuoso bronzes of this Louis XV-style cartonnier…
Pre-sale
Jean-Michel Folon: Creator of the Elements
Standing nearly three meters high (nearly ten feet), this iconic…
Pre-sale
The Inner World of Yves Tanguy
The top place is bound to go to this 1950 painting: a gift from…