These highly ornamental chairs of a princely turn caught the eye of the Louis-Philippe d'Orléans (r. 1830-1848) and achieved a beautiful score. 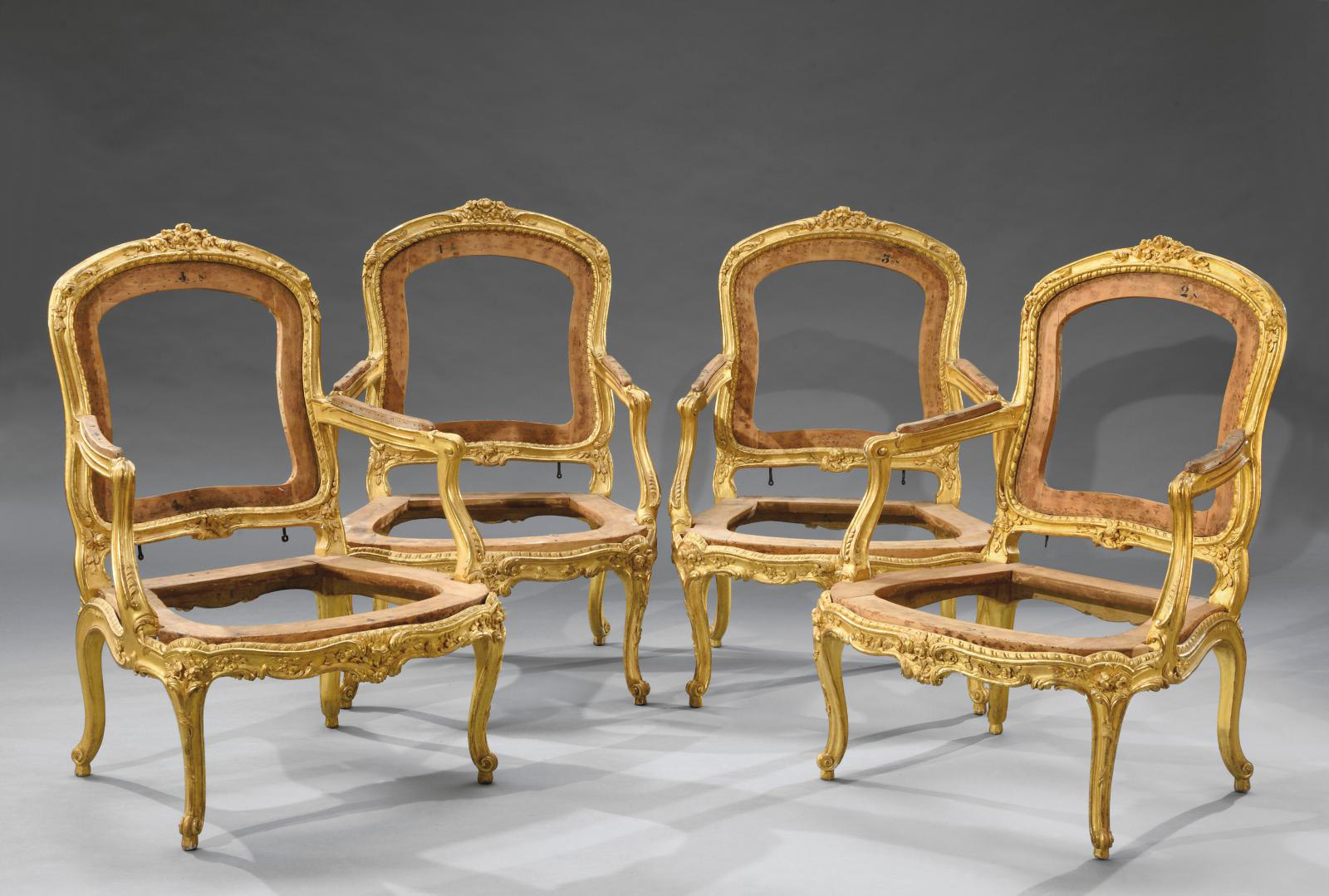 This set of four carved and gilded beechwood flat-back armchairs shone in Lyon. Bearing the coveted stamp of Jean-Baptiste Tilliard II, a furniture-maker admitted to the guild as a master craftsman in 1752, they are decorated with foliage, flowers, clasps and scrolls and have wide trapezoidal seats on curved legs. Less than a century after being made, they were acquired by Louis-Philippe, who had them incised with his crowned “LP” monogram, an additional asset that pushed the bidding up to €63,750, more than twice the high estimate of €30,000. A large rectangular Regency mirror with a carved gilded wood frame surmounted by a pediment featuring palmettes, a central shell, heads of espagnolettes and chimeras (181 x 98.5 cm/71.25 x 38.78 in. fetched €15,000. Le Cuisinier (The Cook), also called Le Vieux Magistrat (The Old Judge), a plaster head with a patina by Jean Carriès, evokes quite a different world. It is signed “Carriès JH, Paris” and dated “novembre 1883” on the back, which also has an autograph dedication, “À l’ami Granottier/Jean Carriès” (“To my friend Granottier/Jean Carriès”). The acerbic portrait fetched €14,375.