History and geography were revisited in this sale of antique and collector’s coins, with a special focus on Spain’s Golden Age. 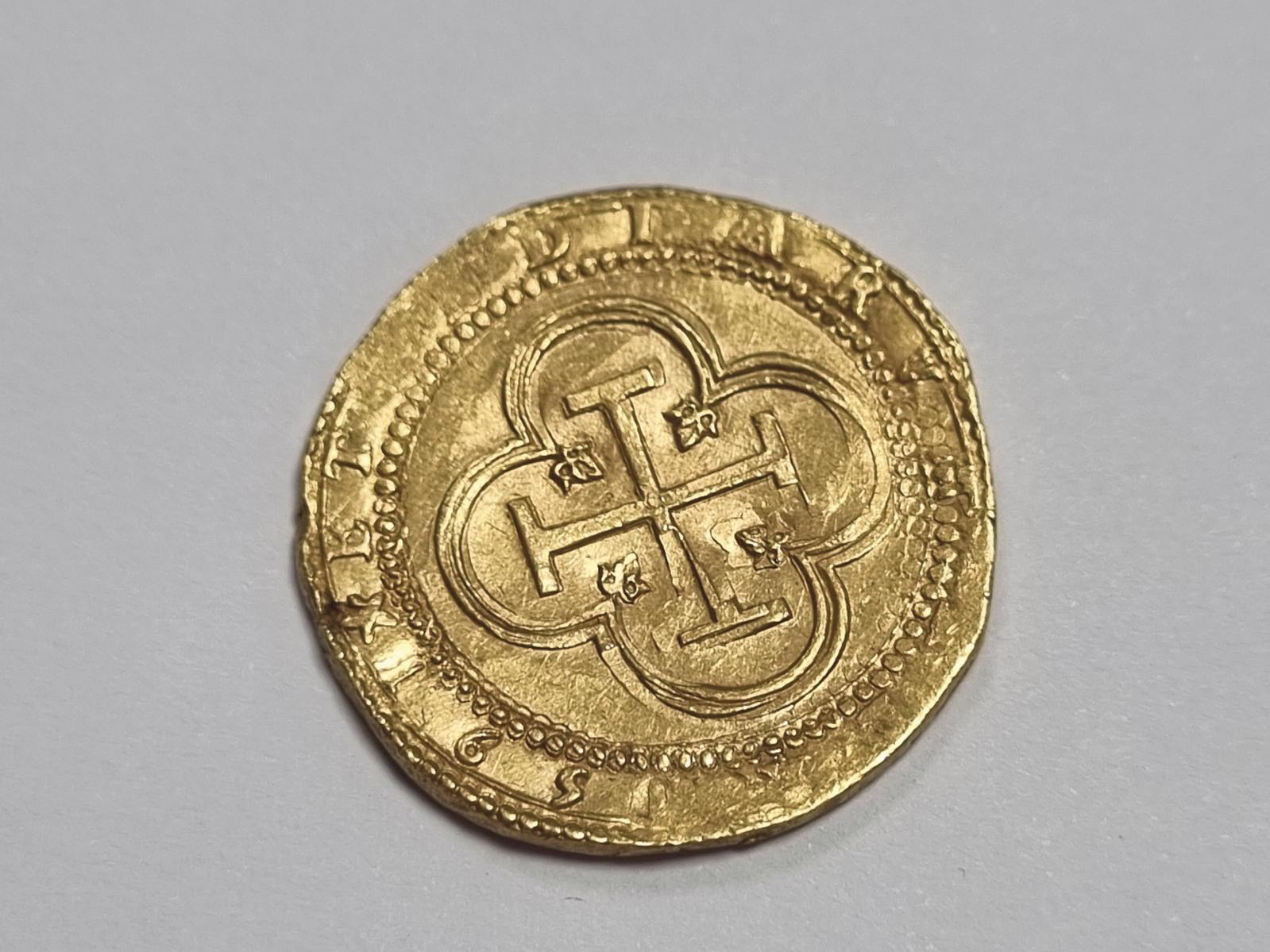 From 1556 to 1598, Philip II reigned over an all-powerful Spain enriched by the inexhaustible resources of its American colonies. These treasures included gold, of course, which was used to mint money like the escudos produced during the reign of Philip II's father, Charles V. This coin (named after the shield decorating it) continued to be struck until the reign of Ferdinand VII (1784-1833), and remained the reference value until 1868. The sale here featured several shining examples of the Philip II gold 4-escudo coin struck in 1591 in Madrid, listed in Friedberg as No. 158 and in Calico as No. 11. The former, weighing 13.51 g/0.476 oz and described as "very rare", garnered €61,710 (see photo) after a high estimate of €1,500. It bears the inscription "Philippvs D. G. Hispaniarvm", with a crowned coat of arms between "M and IIII°C". On the reverse: a star "Et Indiarvm Rex 1591", and a cross in a leafy quatrefoil. The second, with the same characteristics but weighing 13.63 g/0.48 oz, was pocketed for €56,870, and the third (13.57 g/0.478 oz) for €52,030.

An older coin from further afield, Flanders, sold for €5,203. This was a Lion d'Or minted in Ghent (5.36 g/0.189 oz) at the time of Louis de Male (1346-1384), as indicated by the inscription with a helmeted lion seated on a Gothic throne. The inscription reads "Flandres. R/.Benedictvs: Qvi: Vehit: In: Nomine: Domini", with a flowered, leafy cross, surrounded by F.L.A.N and D in the center ("very fine"). The same bid went to a gold Louis with Louis XV’s Cross of the Holy Spirit of, struck in 1718 in Amiens (a rare workshop), featuring his laurel-wreathed bust, with a Maltese cross on the obverse.

A 16th-Century Astrolabe Positioned Under a Lucky Star

Seoul’s Marvelous Changdeokgung Palace
Not to be missed
Lots sold