A Spanish religious scene triumphed at a “Prestige" sale, followed by jewelry from the finest Parisian houses. 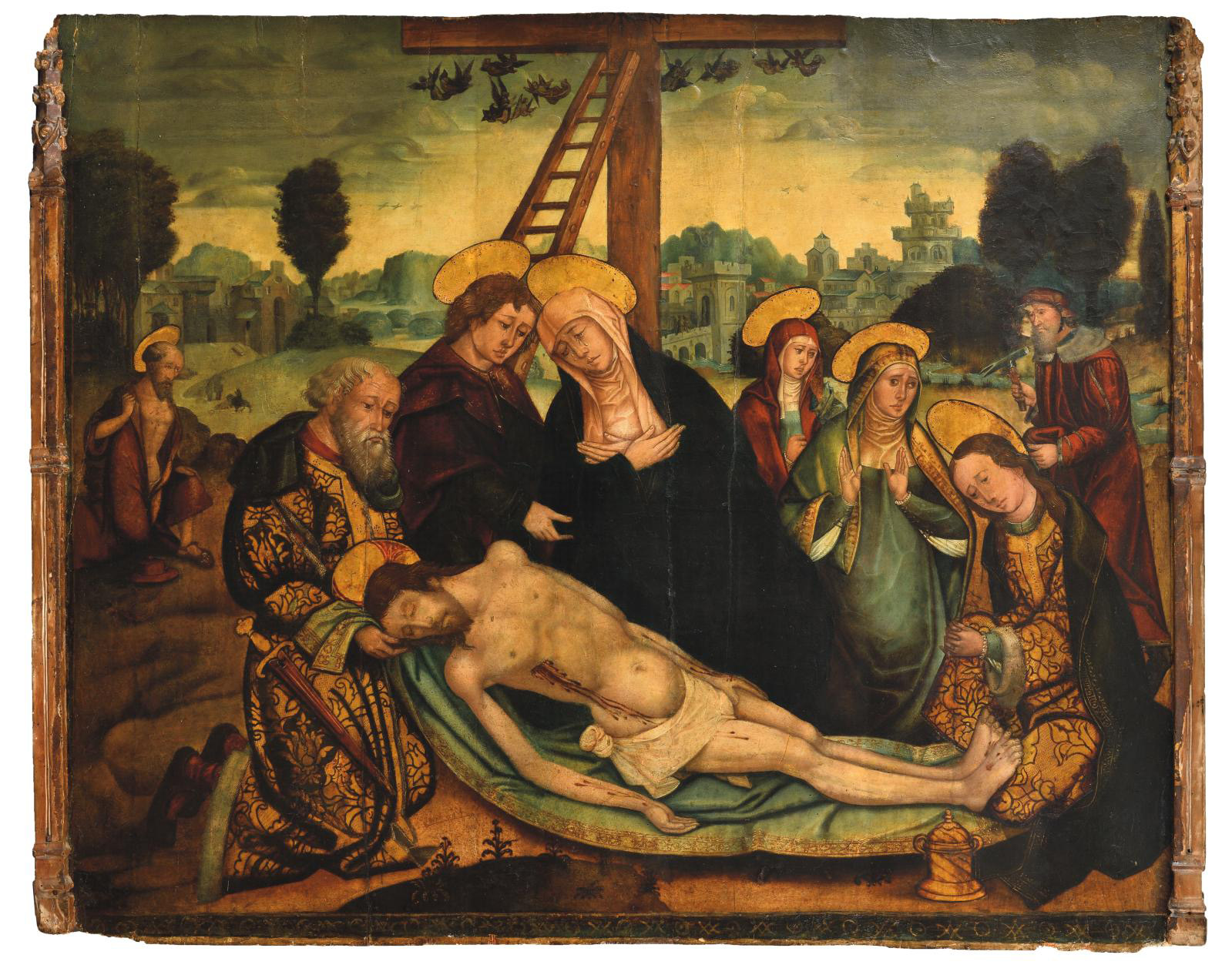 The Flemish-influenced artist, who painted this Deposition from the Cross painted around 1500 belonged to the Castilian School (see photo). The work fetched €72,500—more than tripling its high estimate—due to its great expressiveness and the rendering of precious materials and fabrics. It brilliantly attests to the fertile artistic exchanges between Flanders and Spain, which occupied the province.

Next came a selection of jewelry, including a white gold and platinum ring set with a lavish 10.68 ct Ceylon "Royal Blue" sapphire, signed and numbered "24816" by Mellerio. Made in December 1977, it sold for €58,750. Also popular at €46,250 was a platinum band ring paved with 96 modern-cut diamonds in a grain setting by René Boivin, designed by Suzanne Belperron between 1928 and 1932. A distinctive gold, platinum, sapphire, emerald and diamond brooch from Mauboussin, Paris, "Oiseau branché" (“Perched Bird”), fetched €9,750. Silverware was not left out. A boxed silver coffee pot and milk jug set bearing the mark of Martin-Guillaume Biennais sold for €15,000. Lastly, General Weygand’s decorations were within reach, including an Order of the Cedar (Lebanon), which fetched €8,750, and an Order of the Star (Romania), preempted by the Musée de l'Armée for €5,125.

From Van Goyen to Jean Marais: Outstanding Works on La Croisette
Not to be missed
Lots sold