Cancelled because of Covid-19, the Art Basel Hong Kong fair took place from 18 to 25 March thanks to online viewing. Though the results may not have been totally conclusive, at least the experiment maintained contact between gallery owners and collectors despite the lockdown. 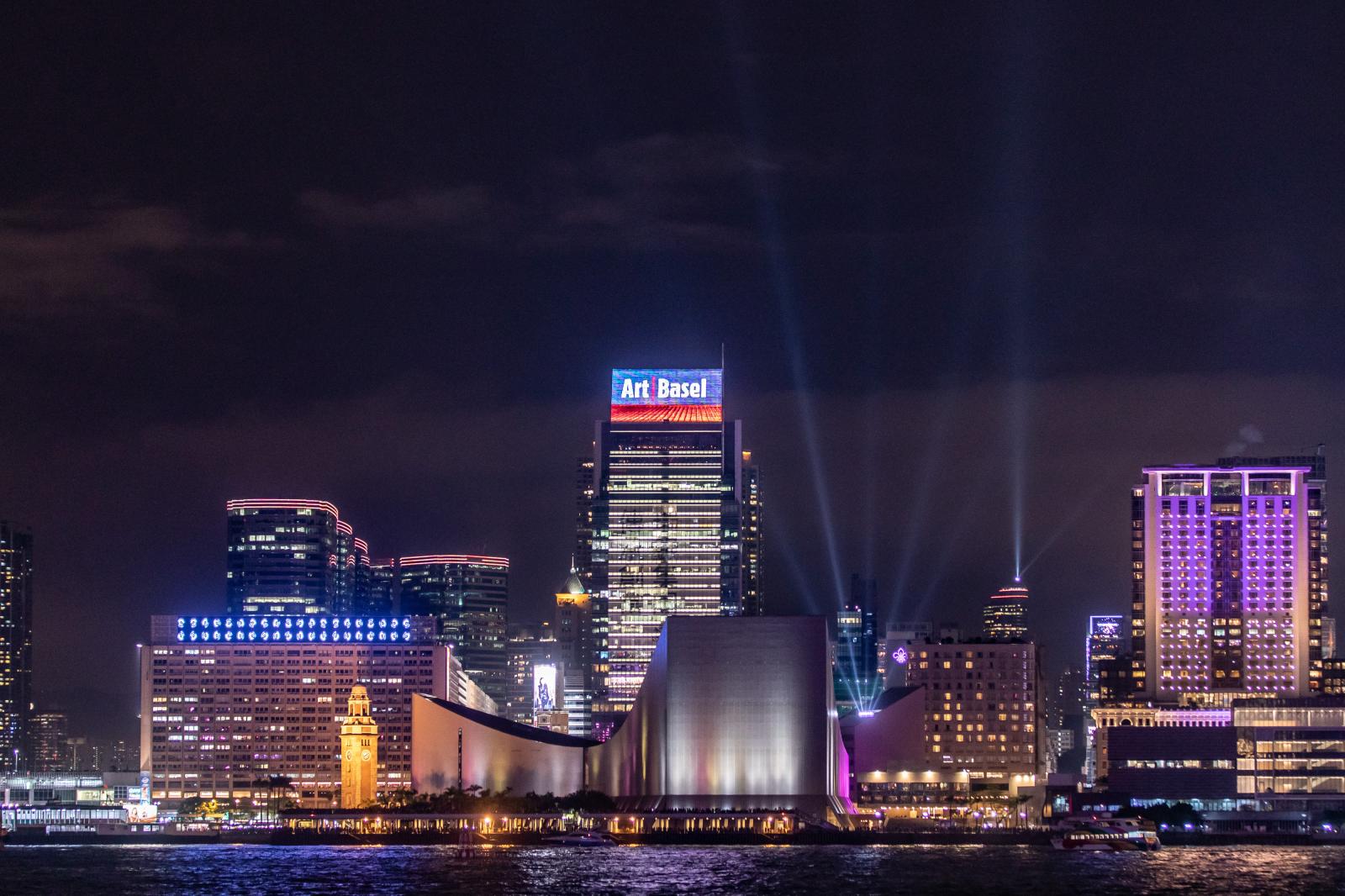 After the cancellation of what would have been the eighth edition of Art Basel Hong Kong, a first ever 100% virtual fair took place under its aegis from 18 to 25 March thanks to Online Viewing Rooms (OVR). Most of the 235 galleries selected for the actual fair took part in the initiative, enabling dealers and collectors to stay in contact and even start up new relationships. Although an initial assessment shows that it did not provide an answer in terms of sales volumes, this virtual fair at least led players in the art market to consider how to salvage something from the wreckage in a crisis.

Some Fine Displays
"We didn't exhibit our most expensive pieces," says the dealer Thaddaeus Ropac. "The most important aspect was that this platform enabled the art community to stay in contact." The gallery set up its own OVR shortly before the "digital" Art Basel VIP days started, notably selling a work by Jules de Balincourt (€140,000). David Zwirner, who has also had an online viewing room since 2017, made several major sales thanks to the fair, including a painting by Marlene Dumas ($2.6 M), while on the Art Basel platform, an oil by Liu Ye found a buyer at $500,000. "Though a platform can't replace an actual fair, it does generate contacts and economic activity," says Lisson gallery director Alex Logsdail. "A lot of collectors logged on, because art is always a haven in hard times," adds Fabio Rossi. "The Art Basel OVR is interesting because it features first-rate galleries, but it's not an alternative to the actual fair – more like an added extra," says François Dournes of Lelong & Co. "We sold half the works on show in the viewing room," says Kamel Mennour. "The virtual fair is a good way of reaching out to a public that is physically far away." The same went for Philippe Charpentier of Mor Charpentier (Paris): "The viewing rooms contributed to the trend for dematerialised sales we have been seeing for some years now. And in fact, we are opening our own in two weeks' time." Lastly, according to Clara Mellac of the Brazilian gallery Bergamin & Gomide: "OVRs have developed slowly with many galleries, but having a fair like Art Basel behind the project provided an excellent opportunity for others to try out the format."

A Mixed Sales Rate
With Crèvecœur, "We had several discussions with Asian customers who were regular visitors to Art Basel Hong Kong, and some led to firm sales." "No transactions have transpired so far, although I am in the middle of in-depth talks concerning one of the five works by Zao Wou-ki we posted," says Franck Prazan of the Paris gallery Applicat-Prazan. "We were hoping for more interest, maybe, but it was the first time this was being tried out," says Franco Noero from Turin.
"We closed several sales with our usual customers, for prices ranging from $2,500 to $10,000," says Mimi Chun of Hong Kong's Blindspot gallery.

A Viable Alternative?
Chi-Wen Huang from Taiwan stresses that "art fairs have become social events, and that aspect is hard to reproduce in a virtual context." "This online edition of Basel Hong Kong was a total disaster for us," says Frank Elbaz. And without being quite so frank, several international dealers like Lorenz Helbling (Shanghart), Fred Scholle (Galerie du Monde), Ivy Zhou (MadeIn), Jocelyn Wolff and Andrea Teschke (Petzel), admit that they made few if any sales. "Many of us saw this solution as a mere stop-gap: there was none of the excitement collectors feel at a fair when they know they are competing with each other," says Nathalie Obadia. According to an Art Basel report, in 2019, 72% of online transactions were below $50,000, 17% topped $100,000 and only 4% reached the million-dollar mark. One thing is certain: the organisers of Art Basel are more than keen to renew the hands-on experience with the fair in Basel, initially planned for 18 to 21 June… unless the event is postponed till the autumn.

Victor Gisler, an Outsider’s Life
Newsfeed
See all news
The Louvre Preempts Once More at Drouot
A Trio of Women Makes Their Debut at the French Academy of Fine Arts
The Hartung-Bergman Foundation Adds to its Collection
Two World Records for Dorotheum Auction House in Vienna
Not to be missed
Fairs
The Salon du Dessin Returns to Paris
One of the art world’s leading events is making an eagerly awaited…
Fairs
Bourgogne Tribal Show: Far from the Teeming Crowds
The fifth edition of the Bourgogne Tribal Show will take place from…
Fairs
The 20th Edition of Quartier Art Drouot Spotlights …
On June 16, galleries in the 9 th arrondissement of Paris will join…
Fairs
Welcome Back, Paris Gallery Weekend!
Nearly 130 galleries will participate in the eighth four-day Paris…