The National Automobile Museum in Mulhouse, France, which opened on July 10, 1982, is gearing up to celebrate its 40th anniversary—an opportunity to (re)discover the unusual history of the museum, which attracts lovers of beautiful cars every year. 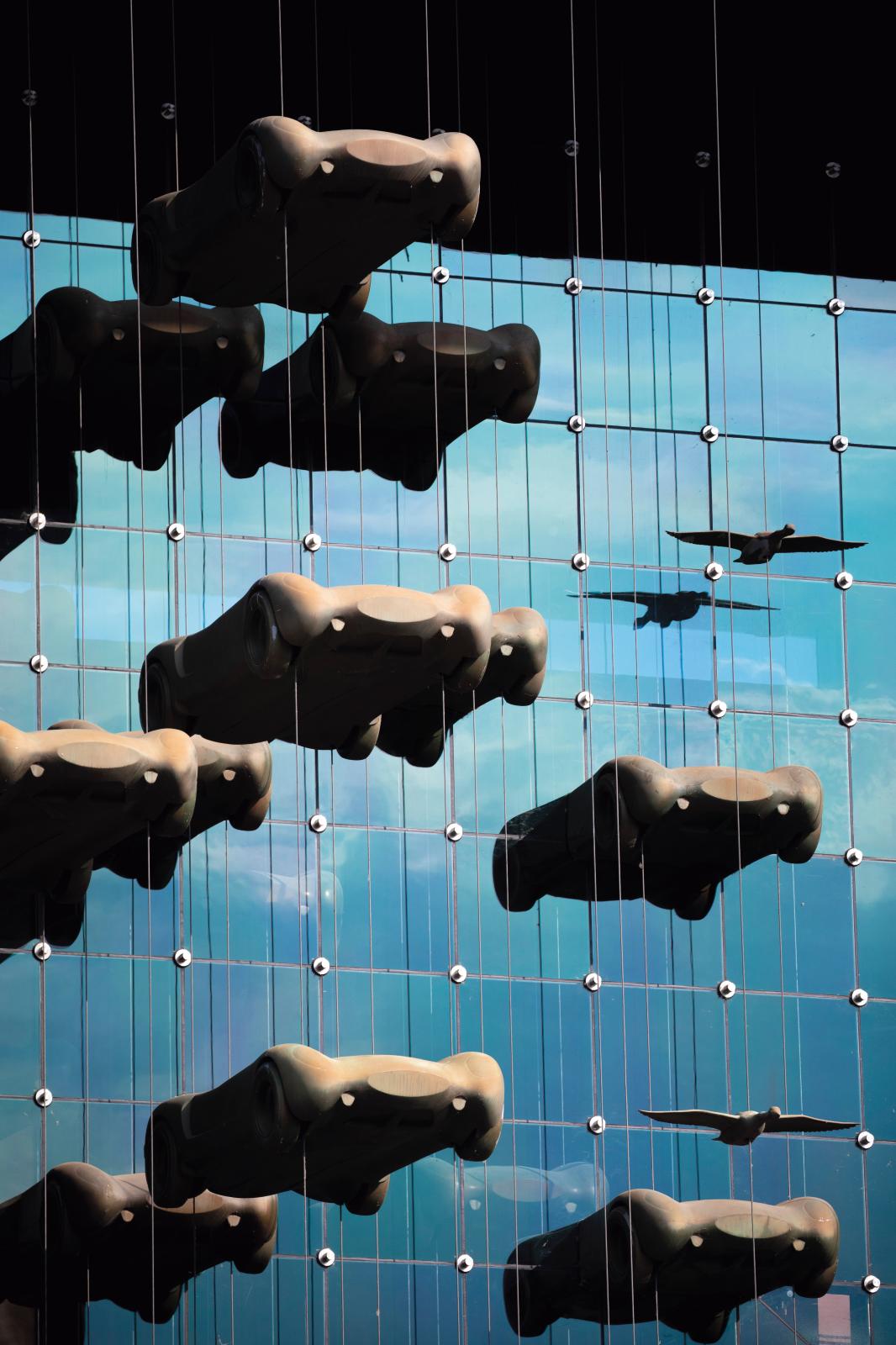 Nicknamed “the Louvre of the Automobile” by Amédée Gordini, the Alsatian museum in the Péricentre district of Mulhouse claims the title of “the world’s largest automobile collection.” More than a deluxe parking lot, as some mean-spirited tongues put it, the institution, a national museum since 2002, is in a former woolen mill built between 1880 and 1930. Over 500 vehicles by 98 manufacturers trace the origins and history of the automobile. They are all designated historical monuments, just like the building housing them. In 2006, the Jean-François Milou architecture firm was asked to wake up the sleeping beauty, which involved opening up new spaces for temporary shows and designing a new museography. The museum, renamed the Cité de l'automobile—an obsolete name since January 1, 2022—was expanded, restructured and renovated. Nothing has changed since then except for the 2011 construction of an outdoor track where some magnificent vintage cars formerly owned by Fritz Schlumpf can be seen doing laps. Schlumpf, a fallen textile tycoon, created an incredible collection with a stormy history.

A Clandestine Museum
Most of “this folly”, as François Mitterrand put it when he visited the museum, is due to Fritz Schlumpf (1906-1992), an Italian-born Franco-Swiss citizen who settled in Mulhouse, the birthplace of his beloved mother, Jeanne. Passionate about automobiles, in 1935 he bought his first Bugatti, a Type 35B, well before his “acute collectionitis” began. In the 1960s, Fritz and his older brother Hans built a textile manufacturing empire and bought the HKC woolen mill. The business thrived and earned them an immense fortune, which Fritz used to acquire over 500 cars, including 123 Bugattis and 14 Rolls-Royces, restoring them himself. He found them either himself or through a network of buyers across Europe and stored them in a Belle Époque-style shed adorned with 500 replicas of the streetlamps on the Alexandre III bridge in Paris that can still be seen today. By 1976, the Schlumpfs, who wanted to open a museum in memory of their late mother, were finally ready to unveil the collection, but the global textile crisis hit the family business hard. Fritz was forced to close his mills, which were becoming less and less competitive and going bankrupt. The fall of the empire ruined his museum project. In 1977, the unpaid, laid-off workers discovered their former and very wealthy boss’s treasure. As the Schlumpfs sat sequestered in their villa before fleeing to Switzerland, thousands of employees occupied the factory with the CFDT labor union’s most activist members before opening the place to the public, naming it the “Musée des travailleurs” (“Workers’ Museum”). This marked the start of the two-year “Schlumpf affair”. After a long trial for abuse of corporate assets and tax fraud, the collection was confiscated. Designated a historic monument by the Conseil d'État (Council of State) in 1979, it was sold for the modest sum of 44 million francs (€15.4 million) to the National Automobile Museum Association, which officially opened the Cité de l'Automobile in 1982.

Eclecticism
Today, the collection is intact and sometimes augmented with loans and donations of more common cars. An in-house museum workshop fully restores the gleaming automobiles, which are lined up as if for a parade and displayed on gravel in the old secret shed. All the legendary manufacturers are represented, from Bentley to Mercedes, Horch, Panhard, Gordini, Maybach, Voisin and Hispano Suiza. Above all, the museum boasts the world’s largest Bugatti collection, with six Type 41 Royales, including the Napoleon coupé, Ettore Bugatti’s personal car. The thematic, chronological exhibit starts with “The Adventure”, which traces the history of the automobile from 1878 to the present day. Two other themed spaces continue the excursion: "Racing", an exhibit about the world’s most famous Grand Prix events, and “Masterpieces”, 80 of the 1930s’ most beautiful cars, including the Bugattis. A selection of mascots, radiator cap figurines and the Jammet Collection of children’s cars complete the visit.

New Prospects
The museum is celebrating its 40th anniversary all year long. Its staff, especially the management team, which took over from Culturespaces in January, is shifting into high gear introducing a new dynamic and providing a real vision to the aging site, which attracts fewer visitors than before. “We’re delighted to be operating the museum again,” says Christine Dhallenne, the organization’s president. “We’re going to supervise operations, legal and economic management and scientific and cultural projects such as outreach, to help visitors better understand our collections. Reorganizing the visitors’ routes, programming and renovating the museum spaces are in the planning stages. There are many goals: to multiply approaches, points of view and themes and above all, to bring the public back and put them at the heart of the visit with new museography and the use of digital technology.” The museum’s renewal began with two temporary exhibitions. The first, “Iconiques mécaniques… et autres curiosités” (“Iconic Cars… and Other Curiosities”), showcased about 40 vehicles and over 200 automobilia objects from the museum’s reserves that were on display for the first time. “They’re our little ruins,” says Catherine Fuchs, head curator of the museums of Mulhouse. “The collection isn’t just made up of what visitors can see but also our hidden treasures. Thirty percent of our cars—over 200 vehicles—not to mention a myriad of knick-knacks, were gathering dust in our reserves. These curiosities are part of the history of the museum, the collection and the automobile and have been out of sight until now.” The second exhibition featured the only seven Bugatti Type 101s ever made. Designed in 1951, it is not the Molsheim brand’s best-known model. They have been brought together for the first time in history. “It was the last historic model of a grand touring car the manufacturer produced before Roland Bugatti sold the business in 1963,” says Guillaume Gasser, the museum’s executive director. “The Schlumpfs bought three of the seven that were made. The challenge was to bring them together with the other four.”