The Musée Cognacq-Jay Explores the Senses in the 18th-Century

This season, the Musée Cognacq-Jay, Paris, is focusing on the empire of the senses, described by French philosopher Diderot as the "lasciviousness and impropriety that delighted us in our libertine youth." 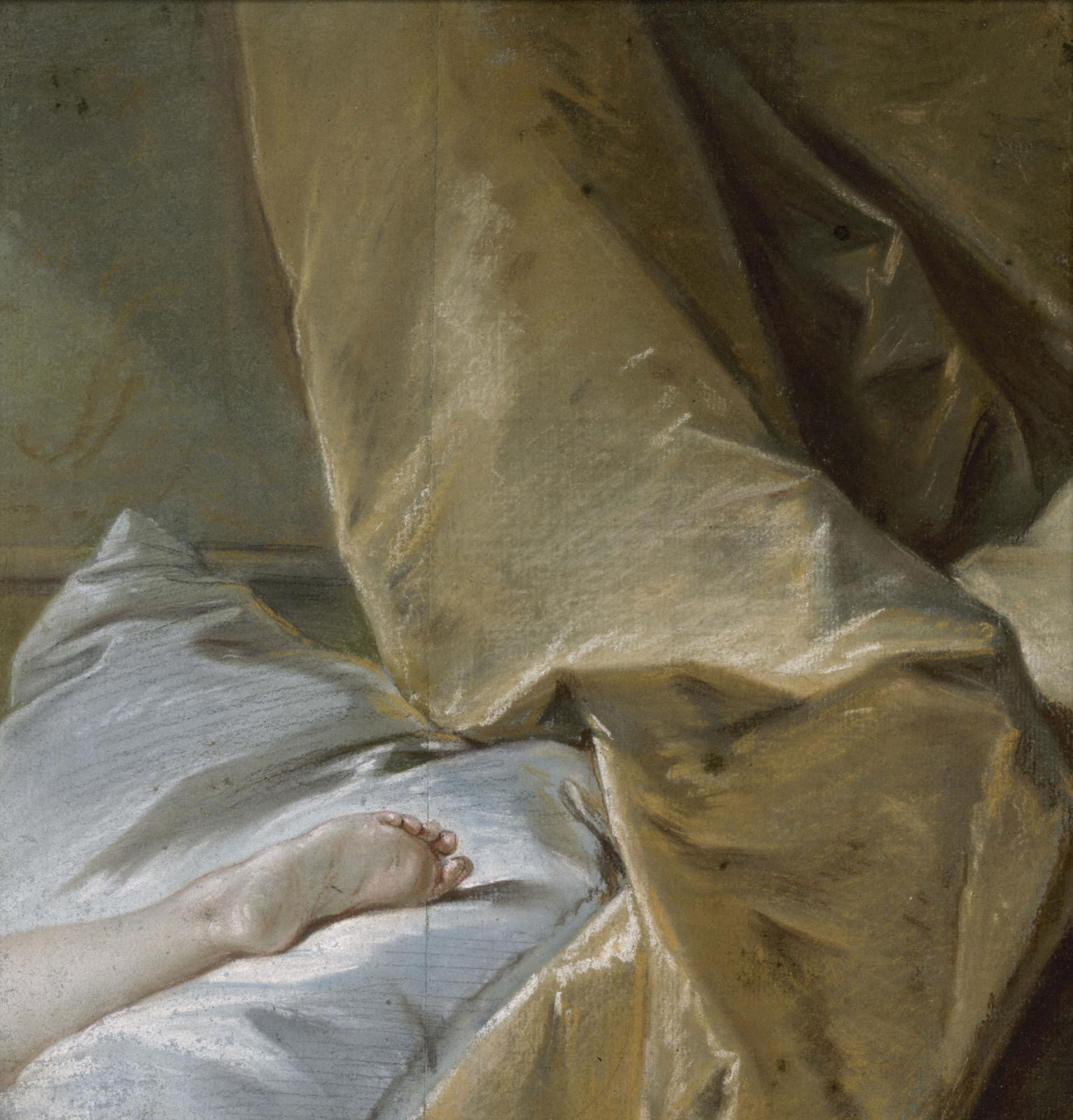 Le Repos de la volupté (Voluptuousness at Rest), La Résistance inutile (Useless Resistance) and Le Cas de conscience (The Case of Conscience) set the tone. No exhibition has celebrated Louis XV’s scandalous 18th century this way since “The Loves of the Gods”, the 1991 show at the Grand Palais in Paris. The intense creativity and immense inventiveness of François Boucher, the painter of love, has been out of the spotlight even longer. The museum’s curator and director, Annick Lemoine, started from the premise that the role of the "painter of graces" in the development of erotic art is too little understood today. The power, originality and especially impertinence of some of his paintings are underestimated. There are many unjust reasons for this disenchantment. French collections, though rich, have some major gaps filled here by loans from the Pushkin Museum, including the stunning Vénus endormie (Sleeping Venus), which has not been shown in France since Prince Yusupov bought it; the extraordinary Hercules and Omphale and two paintings from the national museum in Stockholm: the marvelous Danae Receiving the Shower of Gold and, above all, Leda and the Swan. No reproduction can do justice to the effect produced by this swan, sculpted like a bas-relief in thick layers of paint.

Something specific to great artists is that three centuries later, interpretations of their work can still be debated without reaching a consensus. This exhibition certainly encourages a new look at the writings of French authors Nicolas Restif de La Bretonne, Prosper Jolyot de Crébillon and Louis-Charles Fougeret de Montbron and the criticisms of the Paris Salons, but in the end, the viewer's first intuition is just as evocative. The choice of colors and medium, the artist's material, the white highlights or touches of red to emphasize the plumpness of lips already guide the visitor in a certain direction. In the room devoted to Boucher’s Odalisques, the most provocative work is the Étude de pied (study of a foot, see photo) from the Musée Carnavalet, where the cushion, the bed curtain and the ankle of the absent young woman—L’Odalisque blonde (The Blond Odalisque) in the Alte Pinakothek in Munich and the Odalisque in the Wallraf Richartz Museum are unfortunately not present—convey more than any image in the secret collection presented upstairs.

The show’s 120 works are only as licentious as our imagination lets them be, except perhaps L’Étreinte (The Embrace), an anonymous work from the Musée Grobet-Labadié (Marseille), and a gouache by Pierre-Antoine Baudouin. This is the genius of artists who tease us while keeping their cards close to their chest. Choderlos de Laclos said that he wrote Les Liaisons dangereuses (Dangerous Liaisons) only to condemn the libertinism he found unacceptable. We will never know if Fragonard was pointing the finger of shame at the woman and the artist in Débuts du modèle (The Model’s First Session), if Saint-Aubin was depicting himself in L’Académie particulière (The Private Academy) or if Greuze felt sorry for the girl who has just broken her jug. To probe the subtle aspects of consent with the gods or Fragonard's contemporaries, broken eggs and cracked ceramics have the same eloquence as a violent gesture.

In any event, the Musée Cognacq-Jay show is well worth a visit and fosters further reflection on various themes running through the circuit, such as women as objects of desire, the ambiguous relationship between artist and model and the nude offering herself—all of which Boucher depicted with aplomb.

“The Empire of the Senses: from Boucher to Greuze”, Musée Cognacq-Jay, Paris III
Until July 18, 2021.
museecognacqjay.paris.fr

Talent Has No Age for Boucher