The prince of Rococo will be present at Rouillac's 33rd Garden Party sale at the Château d'Artigny, in the Val-de-Loire, with a major discovery: La Petite Laitière (The Little Milkmaid), painted a year before his death. 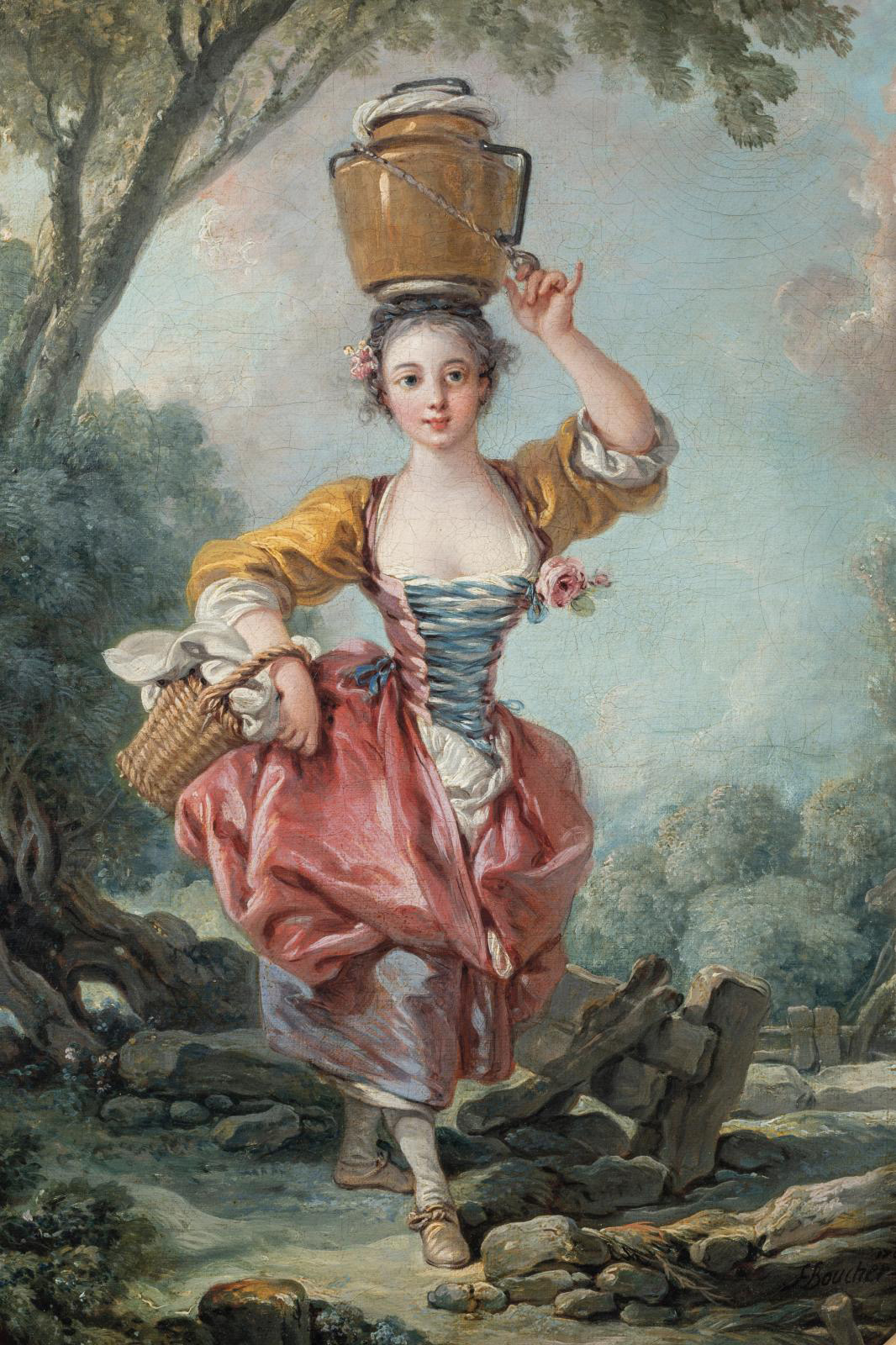 For once, one should not fully depend on the information, albeit informative, concerning lot 48 in the printed version of the catalog for Rouillac's next sale at the Château d'Artigny, as the identity of the painting's creator was only confirmed after publication. This exciting turn of events is thanks to Boucher specialist Alastair Laing. Having recently taken a fresh look at the 18th-century French artist's La Petite Laitière (The Little Milkmaid) that was sold as part of the Champalimaud collection at Christie's in London on July 6, 2005, and considered, until now, as the artist's first version of this theme. Laing has dethroned it, crowning the painting presented in the Artigny sale is the original work, not a copy. This is a story full of twists and turns for a famous subject produced at the end of Boucher's career.

A Painting in the Spirit of the Times
Dating from 1769, La Petite Laitière has enjoyed a splendid posterity in numerous engravings as well as tapestries produced by the Gobelins manufactory from 1773 onwards. In an article of July 1777, Le Mercure de France reported that the entrepreneur and concierge of the Paris manufactory, Pierre-François Cozette, presented Louis XVI and Marie-Antoinette with two woven works, one showing Boucher’s La Petite Laitière, the other Le Petit Boudeur (The Sulky Boy) by Jean-Baptise Greuze. These charming and highly popular works encapsulated the spirit of the age to perfection, mingling the Rococo style with a moral touch. Here, we recognize in this damsel in a short, light kirtle the Perrette of La Fontaine's famous fable, published in 1678, who was thinking so much about the money she would make with her milk that she tripped and broke her jug. But "What soul does not daydream? Who does not build castles in the sky?"... So we feel for the painter's dreamy, spirited young girl with her jug perched on her head, seemingly oblivious of the stones piled up in the foreground.

In the last century, this thoroughly appealing composition charmed the Franco-Swiss sculptor Isabelle Marghareta Farner Waldberg (1911-1990), a close friend of Alberto Giacometti and the wife of critic Patrick Waldberg. Awarded the Bourdelle Prize in 1961, she became a professor at the École des Beaux-Arts in Paris in 1975. In 1951, she sold the painting—with the help of art historian Robert Lebel, who provided it with a certificate of authenticity—to a collector in the Jura, France, for 3 M francs. It has passed down through the latter's family in the Touraine region until now. We eagerly await the next episode in the saga.

The Musée Cognacq-Jay Explores the Senses in the 18th-Century

Fragonard's New Philosopher
Not to be missed
Pre-sale