The Franco-German research program that focuses on the art market networks in Vichy France was established under the direction of Inès Rotermund-Reynard and Elisabeth Futwängler. It is now available online at the INHA website. 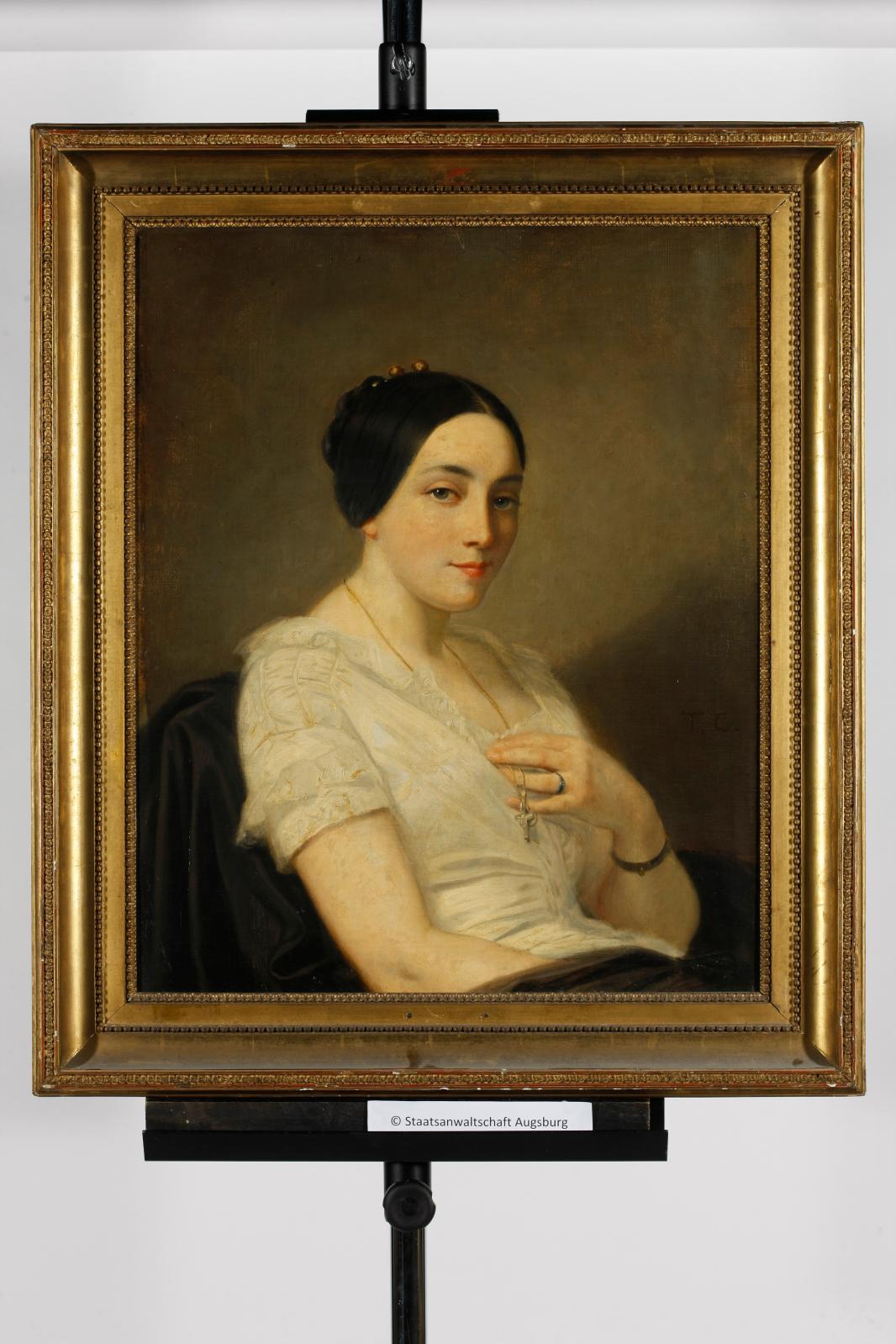 On December 3, the Institut national d'histoire de l'art (INHA), a French institution of higher learning and research, launched the "Répertoire des acteurs du marché de l'art sous l'Occupation, 1940 à 1945" (RAMA) on its data platform. Inès Rotermund-Reynard, with Elisabeth Furtwängler of the Technical University of Berlin, gathered together an international network of 70 experts and young researchers in this ambitious program, which focuses on the art market players in Vichy France and the works that passed through their hands. “The art market during the Nazi period has come under greater scrutiny since the revelations of the Cornelius Gurlitt case,” says the program’s director. “Collections are now meticulously checked and dubious provenances subject to investigation, which, however, are hindered by patchy knowledge about the transnational entanglement between markets and their players. No in-depth, comprehensive research had yet been done on the network of French, German and international dealers and the various participants—gallery owners, brokers, auctioneers, art historians, artists, curators and collectors—who contributed to the thriving trade. The Franco-German RAMA project aims to fill in these gaps."

The title of one of its publications, Echoes of Exile, Moscow Archives and the Arts in Paris 1933–1945 (2015), encapsulates Ms. Rotermund-Reynard’s work. Between 1993 and 2007, the art historian and Germanist conducted research on German exiles in France from 1933 to 1940. As a student, she was fascinated by the amazing vitality of art in 1920s Germany. She was the assistant of Klaus Berger, an art history professor who fled Germany in 1933, emigrated to the United States in 1941 and from there to France in 1970. "He was an anti-fascist who in 1929 became head of Berlin’s municipal libraries and refused to put Mein Kampf on the shelves,” she says. “He taught at the People’s University of Berlin and told me that his classes often went overtime. One day someone knocked on his door: it was theater professor Bertolt Brecht." Berger was an officer in the US Army during the war and in 1946 took part in the Monuments, Fine Arts and Archives Program (the famous Monuments Men; Berger seems to have specialized in the provenance of artworks).

Comparing Sometimes-Unpublished International Archives
A steady flow of works, most of them looted from people considered Jewish under German ordinances, Vichy laws and its Commissariat général aux questions juives (General Commissariat for Jewish Affairs), fueled the flourishing art market under German occupation. A 2019 exhibition at the Mémorial de la Shoah in Paris, accompanied by the publication of art historian Emmanuelle Polack’s Le Marché de l'art sous l'Occupation, 1940–1944 (Tallandier), revealed that real "euphoria" swept through studios, galleries and auction houses. The "Répertoire des acteurs du marché de l'art sous l'Occupation", out in English in 2022, identifies the men and women active between 1940 and 1945 and traces their networks and links to the German art market under the Third Reich based on international archives, some of which have never been published.

For the first time, legal collections from the Paris archives, the National Archives and the Prefecture of Police; recently acquired or inventoried collections of dealers' address books and sales catalogs from the INHA library; and German museum archives have been pored over and cross-referenced. So far, 150 biographical articles have gone online: 150 names, 150 lives, from German art historian and dealer Hildebrand Gurlitt to Paul Pétridès, involved in wartime auctions, notably the sales of three works owned by dealer Paul Rosenberg. "These data are essential to identifying people, documenting the works and conducting research on their history and provenance," says Ms. Rotermund-Reynard. She was on the team that researched the Gurlitt Collection in 2017. They identified a painting stolen by the Nazis and their collaborators from French minister Georges Mandel, Thomas Couture’s Portrait de jeune femme assise (Portrait of a Young Seated Woman), which was returned to its rightful owners in 2019.

Jewish auctioneers and buyers were barred from the Hôtel Drouot, which was allowed to reopen in September 1940. Research for the database has shed light on three of its protagonists: dealer Martin Fabiani who, in cahoots with expert Roger Dequoy, exchanged 18th-century paintings that Hitler wanted for the Museum of modern art in Linz, for works confiscated by the ERR (Einsatzstab Reichsleiter Rosenberg); André Schoeller, an expert on sales of seized Jewish-owned works; and auctioneer Alphonse Bellier, who held over 250 sales between 1941 and 1944, including some of spoliated collections. The INHA’s recent acquisition of the archives of auctioneer Guy Loudmer, Bellier’s successor, sheds more light on these transactions. "It’s not a matter of creating a database of culprits,” says Dr. Rotermund-Reynard, “but of historically probing grey areas and the many nuances of a highly complex issue, updating the information available about these structures and submitting the sources to critical analysis." The case of former Jewish furrier Ignacy Rosner is exemplary in this regard. To fund his escape to Nice early in the Occupation, he worked as an art dealer in Paris between 1940 and 1942 and was suspected of buying spoliated paintings with the intention of reselling them. In 1944, he was arrested in the South of France, interned at the Drancy transit camp and deported to Auschwitz.

Casting Light on a Murky Period
Dr. Rotermund-Reynard, who wrote her Ph.D. thesis on the life and work of German-Jewish art critic Paul Westheim during his exile in France (1933–1941) and Mexico (1941 to his death in 1963), knows how murky the period was. While doing research from 2008 to 2010 in the Moscow Special Archives, which has collections of Jewish exiles looted by the Nazis in Paris and carted away by the Red Army as war booty, she found out that Westheim had a secret companion in Berlin: art historian Charlotte Weidler. The letters she wrote him were a source for his resistance art criticism in the exile press and show that he had entrusted her with his collection of German Expressionist art—"degenerate" in Nazi eyes. "In the 1930s, Charlotte Weidler began selling works with his consent in order to send him money,” Dr. Rotermund-Reynard says. “From a legal standpoint, these were forced sales, but it was a way to save her friend and his artworks. When I wanted to publish the letters, lawyers stopped me because a lawsuit between Westheim and Weidler’s heirs was underway in New York. I testified as an expert about sources on this complex, very moving story." The research is living, embodied. The facts extracted from the archives are not just data but destinies.

A Surprising Collection of Corkscrews!

A Table Commemorating the Liberation of France by the Allied Forces

6 Questions for Maxime Flatry
Not to be missed
Market Trends