The 2022 edition of Art Basel posted record sales and splendid attendance. A return "to normal" welcomed by gallery owners. 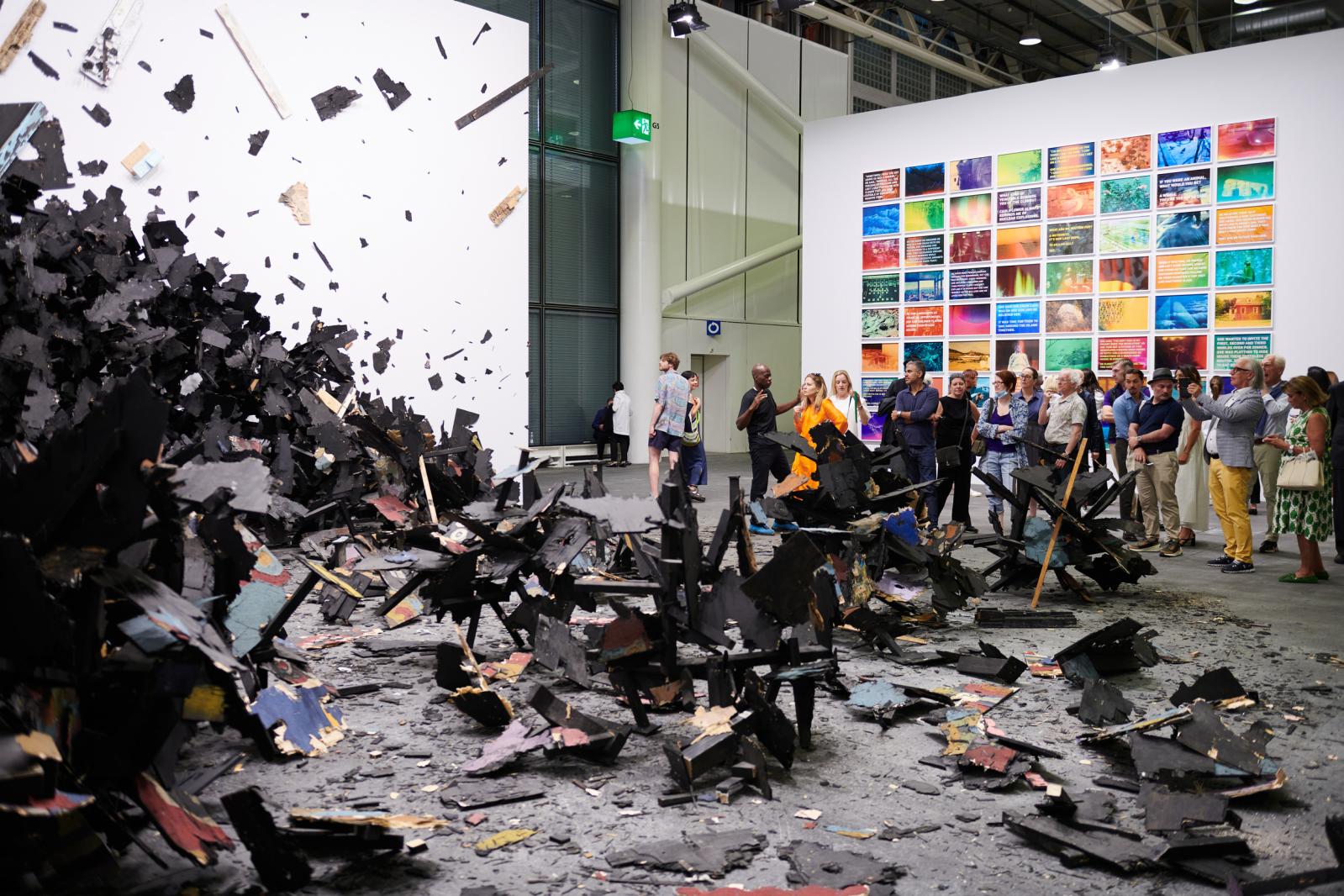 It’s a reliable gauge for the art market, and this year, Art Basel turned out to be a fine vintage with plentiful sales and records galore. Above all, it confirmed the rosy health of the sector, which, at $65.1B was back to pre-Covid levels. Some 70,000 visitors flocked to see 289 exhibitors in the Messeplatz in Basel between June 14 and 19, as the event returned to cruising speed after severe disruptions since the start of the pandemic. At this reunion with collectors and institutions—300 museums turned up—the main international galleries had a ball. They set the trend from the very first hours of the event, sealing record sales, as usual, during the "VIP previews". Hauser & Wirth, with sales of $75 M on the first day, set the bar high with a Spider by Louise Bourgeois selling for $40 M: a new record for the famous French-American sculptor.

Million Dollar Sales and More
With David Zwirner, a work by Félix González-Torres went for $12.5 M, while Pace made a splash with Jeff Koons' "Moon" sculptures, along with their NFTs, at $2 M. For Thaddaeus Ropac, too, each day at Art Basel brought success. On June 14, the French gallery made a fine showing with six works by Georg Baselitz, including X-Ray Lila, which sold for $1.35 M. The following day, Robert Rauschenberg was the star with Street Contract/ROCI MEXICO, which sold for $3.5 M, and All Abordello Doze 2 (Japanese Recreational Claywork) at $1.5 M. On June 16, Alex Katz's works won over collectors: Loren and Halsey 1 each sold for $700,000, and Wildflowers 1 for $1.2 M.

With 70,000 visitors welcomed by 289 exhibitors, the event found its cruising speed again.

Korean Artists and Buyers
During Art Basel, art from Asia, particularly Korea, was decidedly in demand—a trend confirmed by Bo Young Song, vice president of the Kukje Gallery in Seoul: "The recent boom in the Korean art market, due to the rise of the younger generation of collectors, has led to an unprecedented level of interest. We hope that in the next few years collectors from our country will continue to develop their presence in the global art market.” The dynamic energy of the Asian scene is also reflected in the policies of its institutions. For example, the flagship work of the Frank Elbaz Gallery, a set of 30 collages by Julije Knifer, was bought by a private Asian museum for a public price of €750,000. "There was less precipitation from collectors and there were plenty of sales," says director Anna Kraft. “We also sold works by Sheila Hicks, Kenjiro Okazaki and Mungo Thomson, all between $100,000 and $150,000, to European and American buyers." Brussels dealer Rodolphe Janssen only presented one project in the Unlimited sector. A good decision, since the work was bought by a private European foundation. "We presented a large painting of 370 x 1100 cm/12 x 36 ft by Louisa Gagliardi, Tête-à-tête, in collaboration with the Eva Presenhuber and Dawid Radziszewski galleries," he says. “We sold it for €200,000." For Parisian Franck Prazan, "we had a very good Basel fair, where we worked hard. We sold six paintings, including a Magnelli from 1918, an exceptional work by Hans Hartung, and the most important Karl Appel that has passed through our hands to date." With the art market returning to more normal activity, gallery owners are raring to go.