Rebirth of the Queen's Hamlet

The main house in the Queen's Hamlet is opening after two years' remarkable renovation work. A promenade through this little theatre of rural life in the footsteps of Marie-Antoinette. 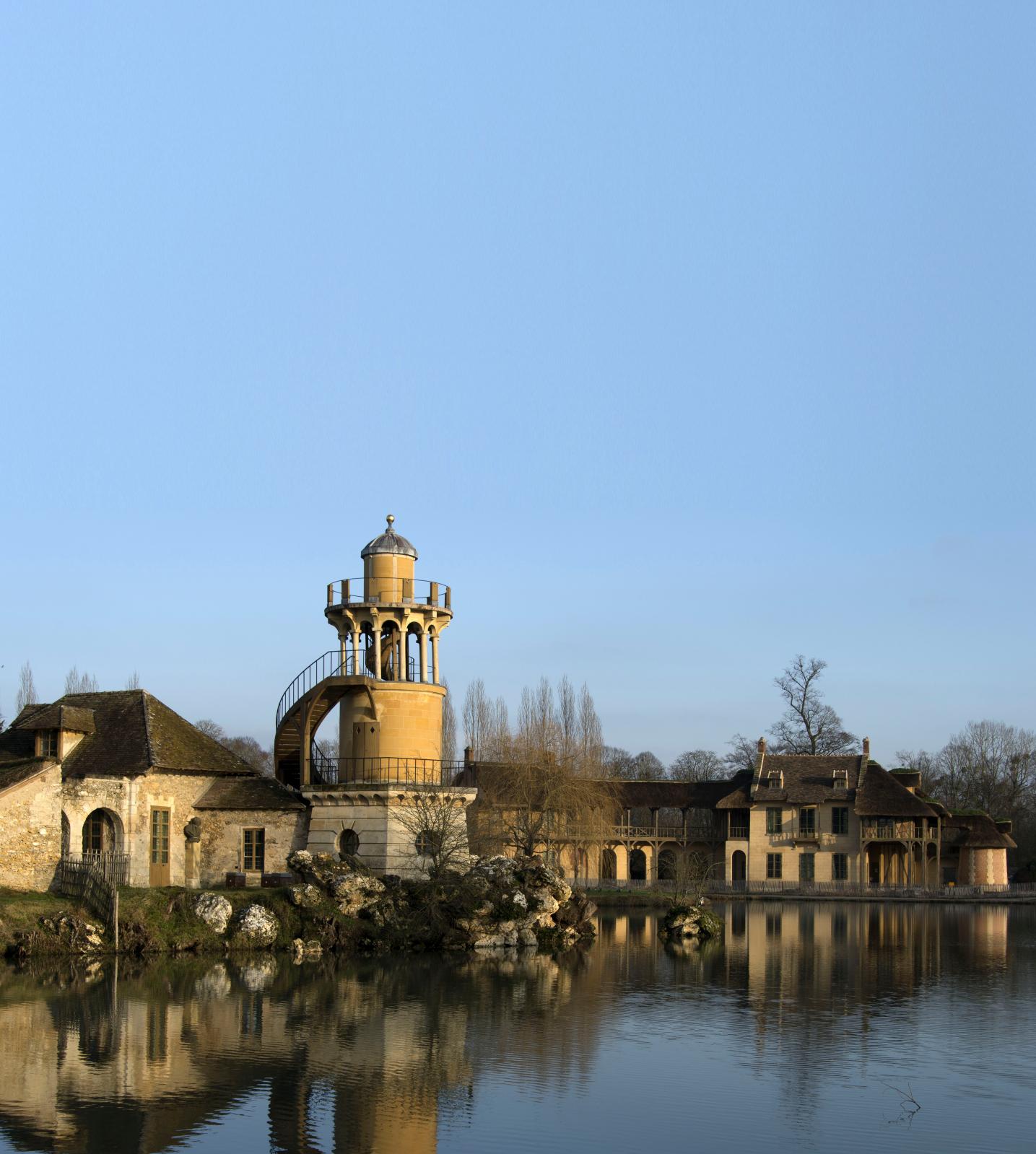 Longing to escape the pressures of the Court, Marie-Antoinette dreamed of the simple charms of country life. So the young Queen asked Richard Mique to build her a hamlet a few hundred metres from the château at Versailles. Set around an artificial lake, this little village was inspired by the architecture then in vogue and Rousseau's philosophy of a return to nature. "Her genuine educational desire to show the peasant world to her children has too often been forgotten," is the immediate comment of Jérémie Benoît, the curator in charge of the Châteaux de Trianon. In the summer of 1783, the Lorraine architect Mique began work based on an idea by the artist Hubert Robert. The Queen took a keen interest in every stage of the project, from sketch to model. By 1787, the work was complete. Built in the style of a Normandy village with half-timbering and thatched roofs, the houses in the hamlet were artificially aged to enhance their picturesque quality. The group of eleven buildings, divided into three sectors (the reception facilities, the farm buildings and a farm), "was in fact a fragmented château," according to Jérémie Benoît. The Queen's house was the largest building: the only one with an upper floor and a tiled roof. It consisted of two units linked by a wooden pergola, with a stone-paved dining room on the ground floor. The upper floor contained a small drawing-room, a Chinese-style games room and above all a large drawing-room with high windows in Bohemian glass – which "cost a fortune!", as Jean des Cars points out in his book. The other section contained a billiard room and a small apartment on the first floor, reached by a spiral staircase.

More Than a Fancy: A Genuine Folly
Behind their charming façades, the rooms were luxuriously furnished. "The main drawing-room was the finest," says Jérémie Benoît. It contained furniture by Jean-Henri Riesener and Georges Jacob (the accredited cabinetmakers for Versailles), a crystal chandelier, silk curtains, a pedestal table and silk velvet chairs highlighted in gold." In 1932, Stefan Zweig wrote in his biography of the Queen that the Louis XVI style "was surely sponsored by this refined woman, and should be called the Marie-Antoinette style." The Queen was far from being an "airhead"," brainless", extravagant or capricious, as Jérémie Benoît is keen to point out. It's true, she was fond of hairstyles, jewellery and dresses. But as Jean des Cars wrote, "her taste also ran to the decorative arts, painting, furniture, Sèvres porcelain, Lyon silkwork, architecture and gardens." And the top cabinetmakers of her time, from Jean-Baptiste Boulard to David Roentgen, and leading painters like Hubert Robert and Élisabeth Vigée Le Brun all worked for her. Her hamlet, this refuge away from the court that she wanted to be free from extravagance, aroused fantasies and jealousy and finally turned out to be a genuine folly rather than a mere fancy… After the Revolution, the buildings, left to their own devices, were much damaged by the weather. Napoleon I had them entirely restored for the Empress Marie-Louise. The Duchesse d’Orléans, King Louis-Philippe's daughter-in-law, was the last person to occupy the premises between 1838 and 1848. The houses were then gradually emptied of their furniture and fell into ruin, until a rescue operation was carried out in 1899, and part of the hamlet was saved by more in-depth restoration work during the 1930s, thanks to a donation from John Rockefeller. In the 1950s, another part was renovated again.

Spectacular Restoration Work
The last and most far-reaching restoration project for the Queen's Hamlet and its gardens began in May 2016, thanks to funding from the Dior company to the tune of €5 million. Action had now become crucial given the state of disrepair both inside and out. Built without foundations on marshland, the village had not been planned to survive the Queen. "The tragedy of the hamlet is the damp!" sighs Jérémie Benoît. "Mique, the architect, built walls directly on insufficiently dried-out soil. There is 90% humidity each room: a total disaster for furniture." The work carried out under the supervision of Jacques Moulin, chief architect of the Monuments Historiques, involved the complete rehabilitation of the structures and the total restoration of the brickwork, frameworks and roofs. The premises were finally dried out, thanks to a solid cement screed with a floor heating network and an air treatment system, in view of furnishing them again. The structures and floors were consolidated to make them safe for visitors. The woodwork and paint were redone, based on descriptions found in work reports from the 18th century and the restorations carried out in the early 19th for the Empress Marie-Louise. Thanks to Jérémie Benoît's scientific research and the surviving traces of colour, it has been possible to reconstruct the decoration painted by Drahome in 1810: a light orangey shade edged with black lines for the bedroom in the Queen's house; daffodil yellow highlighted with red lines for a study; café au lait for the dining room. A positive riot of colours! The only "breach" of this restoration is that the furniture "will not be Marie-Antoinette's, largely dispersed during the Revolution, but that of the Empress Marie-Louise, commissioned by Napoleon from the same cabinetmakers, mainly Jacob," says Jérémie Benoît. His style was slightly more rigid and classical, and less florid: "there'd been a revolution, after all!"  The restoration work was entrusted to specialist workshops: Louis-François Darrac for the hangings, Delaneuville for the silks and Claude Galle for the bronzes. "And we should also applaud the remarkable work of our own restoration workshops," says Élisabeth Caude, chief curator for the furniture and objets d’art of the Versailles estate. The cabinetmaking workshop has notably restored an exceptional set of green morocco "lyre-back" chairs by Jacob-Desmalter for the dining room in the Queen's house. The upholsterers have lavished attention on a set consisting of a sofa, armchairs and chairs for the main drawing-room, now covered in exquisite yellow silk velvet and set off by luxurious hand-painted silks with antique motifs and flowery landscapes, and curtains in buttercup yellow. A wonder! "Their appearance in the hamlet is bound to be one of the most spectacular revelations of the new restoration work," says Jérémie Benoît happily. This work did not take as long as the actual construction of the hamlet, but the boudoir and stove house, not far away, are patiently awaiting a generous sponsor to be restored in turn…