Raden Saleh: A Dialogue Between East and West

Two cultures meet in the work of Raden Saleh, the Javanese painter who studied in Europe. This luxuriant landscape in Java also illustrates the exchanges between Europeans and Indonesians. 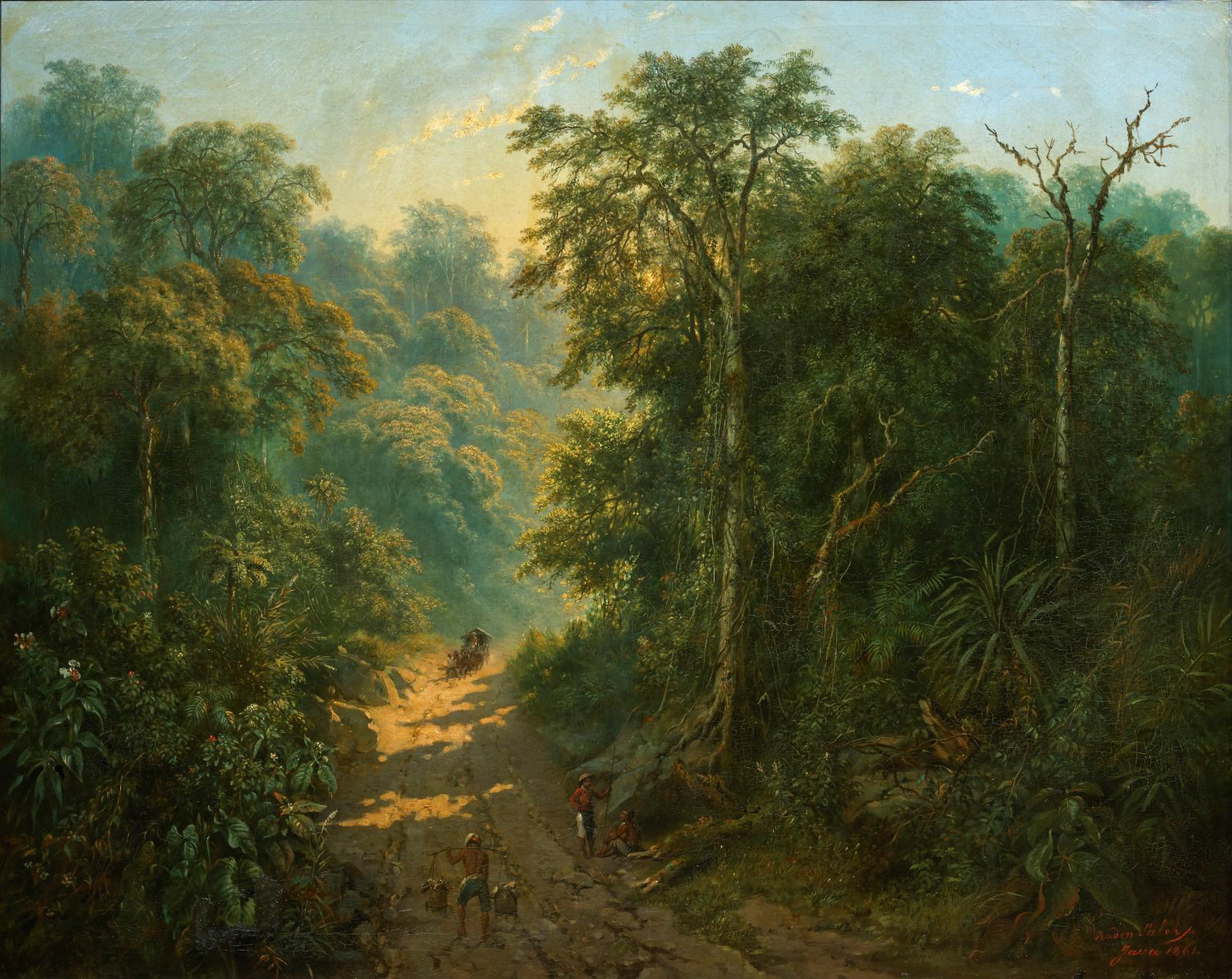 Bought directly from the artist by Dutch dealer and keen art lover Eduard Cassalette, the painting has stayed in the same family until now. this work adds to the corpus of an artist rarely found at auction: Raden Saleh. This Indonesian prince crisscrossed Europe for 23 years, meeting with considerable success. As a protégé of French painter Horace Vernet, Saleh exhibited at the 1847 Salon, and some of his works were even bought by King Louis-Philippe himself. He returned to India in 1851, and 10 years later produced this Route descendant du mont Megamendung (Road Descending from Mount Megamendung): a route that crosses the island of Java from east to west via a pass through the mountain. Stéphane Pinta of the Cabinet Turquin interestingly points out that this is the first painting to represent this topographic relief. But make no mistake: there is also a subtle narrative behind this naturalistic scene—a real ode to Javanese nature, full of botanical details. Beyond the landscape, in the center of the painting, caught in a halo of light, a wagon (probably a mail coach) speeds up the hill, forcing the figures in the foreground to move out of the way.

Saleh was greatly influenced by the 19th-century German school of painting, especially Johan Christian Dahl's landscapes. He readily adopted this genre, while incorporating Java's heritage into it. In France, he probably read the treatise on painting by the leading landscape theorist Pierre-Henri de Valenciennes (1799), and studied with Antoine Payen, a Tournai artist who excelled at botanical studies from life. All these influences are palpable in this painting: the play of light and shadow and the profusion of detail treated in a Romantic style (Saleh keenly admired Delacroix) depict the lavish, richness of Java. This virgin forest untouched by man contrasts with the planted, organized forests of the Cassalettes' native Germany.

The painting comes with two albums of photographs belonging to this family of erudite entrepreneurs, who found in Java a fertile ground for art. The European dealers commissioned various artists including photographers, which resulted in albums like the two here—some of the oldest surviving—along with one with views of Batavia belonging to the pharmacist Specht-Grijp (Rijksmuseum). And it is probably no coincidence that the work has now left Germany for the French market: it was in Vannes, in 2018, that Mr. Ruellan brought the hammer down on the artist's world record, €8.9 M, for La Chasse au taureau sauvage (Wild Bull Hunt).

Felix Ziem and the Gardens of the Venetian Lagoon